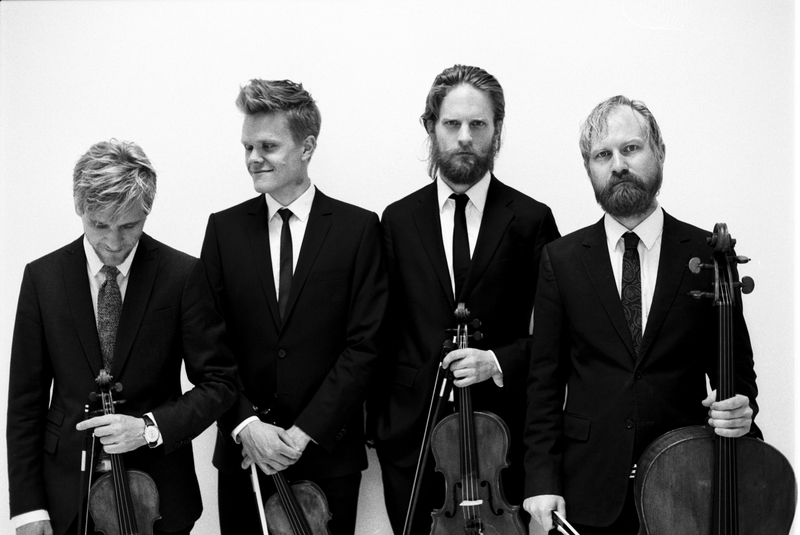 In just a few short years, the Danish String Quartet (DSQ) has become one of the most significant names on the music scene.

The Quartet has distinguished itself with its interpretations and recordings of the classical repertoire – including Carl Nielsen and Beethoven quartets – which display great empathy and virtuosity. It is known, too, for putting a great deal of work into consistent and dynamic performances of contemporary works by, among others, Abrahamsen, Schnittke and Shostakovich.

In addition to its classical brilliance, DSQ has been causing quite a stir outside of chamber-music circles. The album Wood Works, which presents the members’ own intriguing, unfettered arrangements of Scandinavian folk music, has attracted rapt attention from a young and diverse audience whose ears have been opened to the considerable charms of chamber music. These arrangements are so idiomatic and instantly appealing that they constitute an entirely new genre.

The members of DSQ also curate their own annual festival, to which they invite excellent young musicians from around the world.