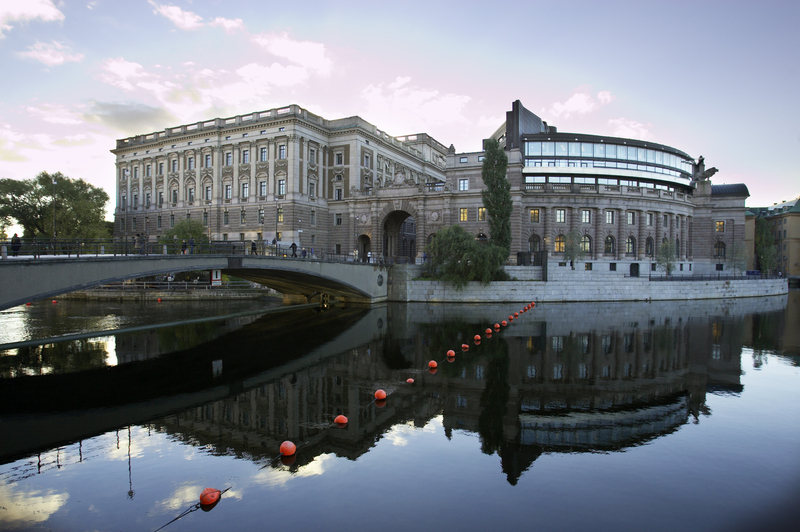 The Nordic Council has elected members of the Swedish delegation to be the Council's President and Vice President in 2014 and to lead the work of the organisation. This programme reports some of the issues that the Swedish Presidency intends to focus on during the year which will follow on from, and be based on, the work done within the Nordic Council in 2013 under Norway's Presidency, as well as on government collaboration undertaken during the Swedish Presidency.

Nordic Council activities cover many fields. In many cases, it is about work which is of fundamental importance for the unity of our countries, and which must therefore always be developed. One example of this is the work of preventing and eliminating border constraints on both individuals and businesses. Another is the promotion of cultural exchange - in its broadest sense. In addition, the environment is always a key sector in Nordic co-operation.

When the Swedish Presidency of the Nordic Council begins, the EEA Agreement will have been in force for exactly 20 years. When the Presidency ends it will be 20 years since the number of Nordic member states in the EU increased from one to three. Over the past two decades the EU has expanded from 12 to 28 member states. Co-operation in the EU has become deeper as well as broadening out into new areas. It is imperative that we in the Nordic countries take European co-operation seriously and utilise our position to the greatest extent possible.

During the Swedish presidency year, a new European Parliament will be elected and a new European Commission will be appointed. We want to seize this opportunity to further strengthen relationships and promote effective, efficient Nordic co-operation in and with Europe. A united cluster of Nordic countries implementing an active dialogue and working closely with the EU and other European partner organisations or states will gain greater opportunities for influence. Together we can create greater interest, understanding and space for Nordic positions than if we acted alone.

2014 marks the 60th anniversary of the common Nordic labour market. It has been very successful since its inception. Over the years we have seen how citizens moved to, and worked, where demand was greatest. This opportunity strengthens our economies and provides greater freedom for individual citizens. However in spite of its success, there are still many problems to solve in terms of movement between the Nordic countries.

Today we see that companies all over the world are looking for the right skills to cope with global competition, and this also applies here in the Nordic countries. Often, our national labour markets are not sufficient. But together, the Nordic countries have 25 million inhabitants. During the Swedish Presidency we will take further steps towards a common Nordic labour market. This will increase opportunities for both individuals and businesses to grow and realise their full potential.

Youth unemployment has, in large areas of the Nordic countries, become entrenched at high levels and in many cases affects young people's lives outside of work, as well as weakening their faith in the future. The Nordic Council - and its Council of Ministers - has on several occasions in recent years demonstrated its commitment to this issue. During the Swedish Presidency, we want the Nordic Council and the Council of Ministers to build on the knowledge and ideas already developed and to ensure that exchange of experience also leads to practical measures. The Presidency will, in 2014, bring together the Nordic countries and create a forum for exchange of experience in which every country will be able to both talk and listen to best practices when it comes to combating youth unemployment.

The education sector is central to the Nordic welfare model. In order to maintain and develop this model, it is necessary for everyone to have access to a good education and good levels of skill. When it comes to educational programmes and certification of such programmes, there are often no Nordic mutual agreements on recognition of qualifications. Consequently it is not always possible to use qualifications in our Nordic neighbouring countries. Both for the sake of the individual students and for the functioning of the common labour market, we wish to highlight this issue and work to ensure that more current educational qualifications are recognised in all Nordic countries.

One natural development of the Nordic welfare model is common social and employment insurance. During this presidency period Sweden intends to highlight problems faced by cross-border commuters. We have failed if we, 60 years after the introduction of the common labour market, do not have clear and transparent rules for Nordic work commuters. Uncertainty concerning these issues may, in fact, form a major barrier for people who are considering a job in another Nordic country.

The Nordic countries as a region need to extend their co-operation with regard to natural resources. Improved global prosperity has increased demand for minerals found in our region. It is likely that, in the future, we will see a further increase in demand as more countries gain sufficient financial resources to make such purchases on a large scale.

This creates more jobs often in areas which, for many years, have seen job decreases followed by a rise in out-migration, and it also provides a significant plus for Nordic state treasuries. The increase in demand for gas, oil and ores as well as timber, water and land mean that these are still important resources today and will continue to be so in the future. This is, in many ways, a pleasant situation, however there are also problems and conflicts of interest related to the utilisation of our natural resources. It is important that the Nordic Council establishes constructive solutions and proposals on how these problems can be minimised.

Although the utilisation and exploitation of natural resources is on the increase, it is often the case that the sites where mineral extraction takes place do not see a corresponding increase in their numbers of inhabitants. Many of those working in the industry commute and enjoy their homes, family and leisure elsewhere. It is important to ensure that the cities and communities affected can respond to this situation and develop as more jobs are created. Natural resources must also benefit the local community and the region as a whole. It is important from a gender perspective that both women and men feel that they have a natural place and are involved in this societal development.

If we in the Nordic countries are to enjoy an efficient, effective minerals industry, it is also necessary to have sufficient, interconnected infrastructure between our countries. There are shortcomings in this regard especially in the northern part of the Nordic Region. There is both time and money to be saved by applying a more Nordic and less national approach to planning.

Mineral industries often involve environmental risks. The risk of pollution is high and there are often large areas of land involved. Increased extraction can conflict with recreational interests and the growing tourist industry. In the northern part of the Nordic Region, areas used for Nordic indigenous peoples' traditional livelihoods such as reindeer husbandry, seal hunting and fishing are also affected. Both the environmental aspect and the growing tourism industry mean that it is essential to maintain a careful balance between mineral extraction and conservation of the natural values in these areas.

During its Presidency, Sweden will work for the development of joint Nordic initiatives and strategies concerning the use of our natural resources in which we cater for strong environmental and social aspects and where both indigenous culture and tourism can be developed.

In January 2014, the 200th anniversary of the Peace Treaty of Kiel will be celebrated. Thus began a period of regional peace which is, in many respects, unique. The importance of this historical situation to each and every one of our countries, and to the entire Nordic region, cannot be overstated.

Enduring Nordic solidarity has been built up. After centuries of war, we succeeded in solving conflicts arising between Nordic countries by using peaceful means. There are many indications that this 200 years of peace was an important precondition for the successful, close collaboration the Nordic countries enjoy today. One sign of our success is that other groups of countries are turning their attention to the Nordic countries to learn from our experience, not least in terms of how to overcome the legacy of conflict and build fruitful collaboration across national borders. We have a shared responsibility to help where we can, and a common interest in learning from others.

We are currently also seeing rapidly-growing Nordic co-operation in the field of defence and security policy. In 2013, the Nordic Council took the initiative for a roundtable meeting of ministers of defence concerning this co-operation. This successful initiative will be followed up during Sweden's Presidency and we should, in a similar manner, initiate a debate on foreign policy co-operation.

This long period of peace has enabled many relationships based on trust and confidence across our borders, with extensive contacts and co-operation on all levels. This has contributed to improved language skills as well as, and equally important, providing us with knowledge of each others’ cultures, mindsets and social institutions. This exchange should be protected and developed. It is important for us to continue to learn from each other, to continue to work together and finally to continue to solve any future conflicts through talks and agreements between good neighbours.

In this spirit we intend, during the Swedish Presidency of the Nordic Council, to celebrate the 200 years of peace between our countries.