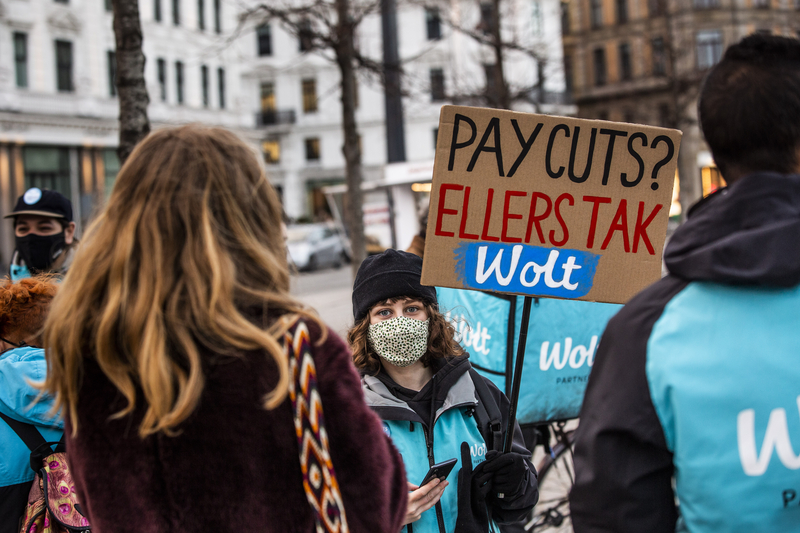 Photographer
Olafur Steinar Gestsson/Ritzau Scanpix
Mail Facebook Linkedin Twitter Sign up to newsletter
Although there may be few people working through digital platforms in the Nordic Region right now, platform jobs – which include bike couriers, cleaners, and Uber drivers – are booming worldwide and they must be regulated promptly in order to avoid the emergence of a new “digital underclass”. Director-General of the ILO Guy Ryder directed this warning at the Nordic labour market ministers at their joint meeting on Tuesday.

“If you allow the digital platforms to just hire workers without any labour market intervention, this would be a throwback to the 19th century when dock workers would queue up by ports to get a day’s work. I’m not saying this is going to happen, but it’s a danger and it sets the scene for a debate like the ministers were having here today on how to regulate and tame the digital economy,” said Ryder when he met the Nordic labour market ministers in Helsinki.

Still few in the Nordic Region

Although platform companies such as Uber, Hilfr, and Foodora have been around in the Nordic Region for more than a decade and despite their rapid growth worldwide, they are still a peripheral phenomenon here. Nordic labour market researchers estimate that just 0.3 to 2.5 percent of the Nordic Region’s working population have worked on platforms.

However, the Nordic labour market ministers want to act promptly and used part of Tuesday’s meeting to discuss how to adapt labour legislation and classify platform work – something that all the Nordic countries are only just in the early stages of doing.

The platform companies themselves would like to categorise the contractors as self-employed. This would mean that they would not have the same entitlement as employees to things like sick pay, unemployment insurance, and a good work environment.

In Norway, a committee consisting of labour market partners and experts drafted proposals for legislative amendments that will strengthen the rights and security of platform workers.

The platform bears the burden of proof

The proposals include presuming that contractors for digital platforms are employees, with all the rights that come with being employed. Furthermore, if the platform company considers that the contractor should be regarded as self-employed instead, the burden of proof should lie with the platform.

Calls for a high Nordic standard

“I know that all the Nordic countries are working in similar ways to ensure that contractors can enjoy the same rights as employees to sick pay, unemployment insurance, and a good work environment. Since the platforms are international companies, it would be an advantage if our national laws were as similar as possible to enable us to set a high Nordic standard for platform workers’ rights,” says Norway’s Minister of Labour and Social Inclusion, Hadia Tajik.

Who should pay for security?

A similar discussion is currently underway in the EU, with the European Commission working on a proposal to regulate platform work.

Several of the platform companies are attempting to anticipate the classification of contractors as employees, and are lobbying for a third category that sits between employed and self-employed.

This can be interpreted as a way for the platforms to avoid the costs of unemployment and sickness benefits, and the responsibility of the workers’ safety and work environment.

No to a “third” form of employment

Several of the Nordic ministers at the meeting firmly distanced themselves from a third category.

“It’s important to ensure that people working through platforms can obtain the right employment status based on the actual circumstances in which the work is being carried out. Finland is not in favour of creating a third category between employees and entrepreneurs,” said Finland’s Minister of Employment, Tuula Haatainen.

During the pandemic, bike and car couriers delivering food to people’s homes grew in popularity. A year ago, Nordic labour market researchers warned that rapidly increasing unemployment could boost the platforms.

We can now see that the Nordic economies have fared relatively well during the pandemic, and the need for labour is growing. People who have the opportunity to get a permanent job tend to shy away from platform-based work.

“Use the Nordic Model!”

However, the Director-General of the ILO Guy Ryder called on the Nordic ministers not to underestimate the risks, but to act.

“I don’t think the Nordics have definitively tamed the platforms, but it’s encouraging that you can see collective bargaining and social dialogue having an impact.  Today I’ve heard ministers talking about the appropriate legislation and classification of employment status. So use your Nordic Model, strong institutions, and strong dialogue to make the Nordic Region a good place to tame the platform companies,” said Ryder. 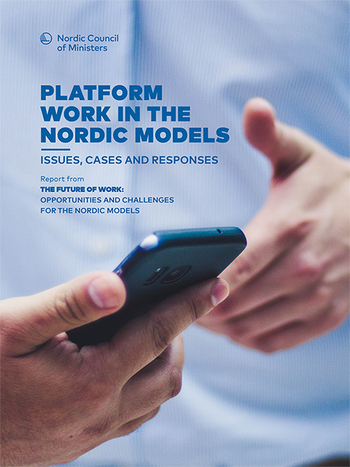 Platform work in the Nordic models: Issues, cases and responses 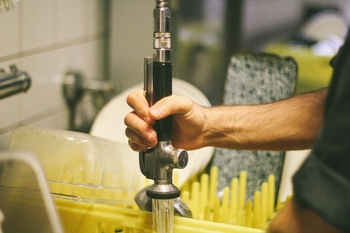 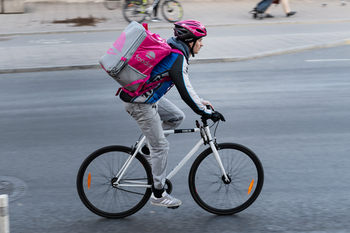 Researchers warn of divided labour market: “The Nordic model needs to be strengthened” 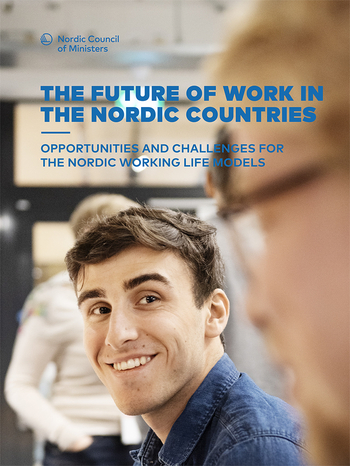 The Future of Work in the Nordic countries