Photographer
Karin Beate Nøsterud/norden.org
Mail Facebook Linkedin Twitter Sign up to newsletter
A knowledge forum has been organised on 27-28 November in Riga, Latvia as part of the Nordic Council of Ministers' project for a smarter, faster and more effective fight against trafficking. The main focus of the forum is the social consequences of trafficking in the Baltic Sea Region, and in particular, the situation of the vulnerable victims.

Through its continued commitment to this Nordic-Baltic project, the Nordic Council of Ministers wants to make it less complicated for, amongst others, the police, border guards, social workers, lawyers and NGOs to collaborate and to meet and carry out study visits to each other in order to raise awareness.

The forum is a tangible step forward. During the two days, politicians, authorities involved and other experts from the Nordic countries, the Baltic states and Russia will meet to share knowledge and experiences around trafficking in the region.

A lack of knowledge and co-ordinated processes, and the attitude of the social authorities and the police have been identified during the project as part of the problem.

Some of the key issues are also the victims' situation and society's prospects of holding to account for their actions not only those who engage in trafficking but also those who knowingly exploit victims of trafficking.

Read a longer article about the four biggest problems in the fight against trafficking here. 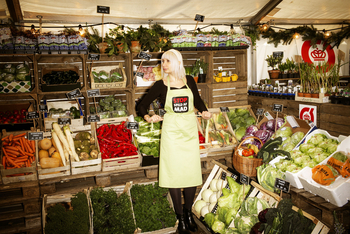