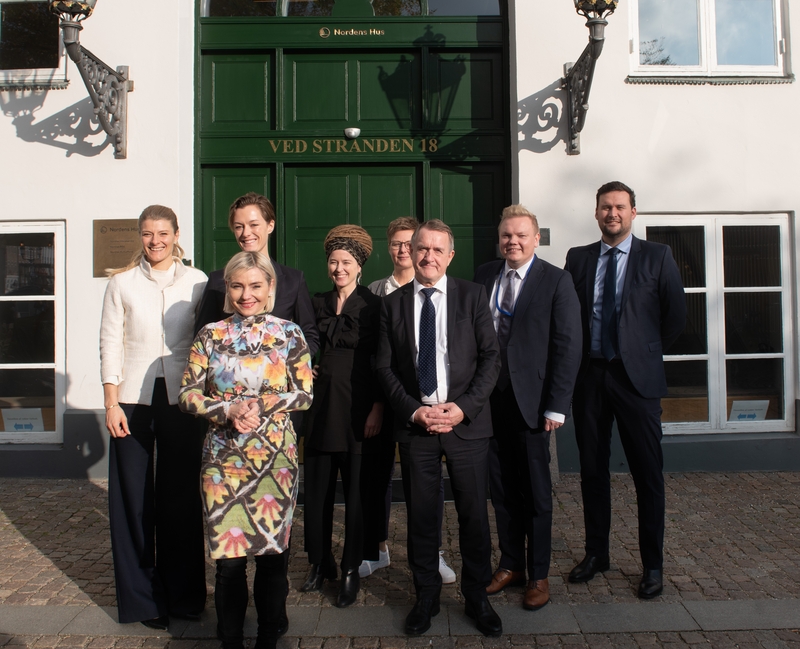 Photographer
Johannes Jansson/norden.org
Mail Facebook Linkedin Twitter Sign up to newsletter
We need to look at the influence of the technology giants on developments in the Nordic news media – and more generally in relation to the democratic conversation – according to the culture ministers who met on Wednesday and agreed on a Nordic initiative to improve the general level of knowledge about the issue.

The discussion about the dominant role played by the technology giants (Apple, Facebook, Google, et al) is as relevant at national level in the Nordic Region as it is elsewhere in the word. More and more of the democratic conversation takes place online, and the greater use of digital platforms during the pandemic has drawn attention to the technology giants’ infrastructure. The ministers discussed the issue from a Nordic perspective at their meeting in Copenhagen.

A Nordic initiative will speed up the process of collating what we have learned in our eight countries and facilitate closer co-operation between key players at national level on the issue of the influence exerted by the technology giants.

Antti Kurvinen, chair of the Nordic Council of Ministers for Culture 2021

“In situations like this, where we face new challenges, Nordic co-operation is even more important. A Nordic initiative will speed up the process of collating what we have learned in our eight countries and facilitate closer co-operation between key players at national level on the issue of the influence exerted by the technology giants. The national input is important and will be a boost to the work at Nordic level,” says Antti Kurvinen, Finland's Minister of Science and Culture and chair of the Nordic Council of Ministers for Culture 2021.

Free media and the democratic conversation

At the same time as the tech giants and their global platforms have been providing forums for more and more people to make their voice heard and get involved, complex new issues and challenges have kept emerging. The changes have lead, for example, to problems in terms of taxation, copyright, advertising revenue, algorithms controlling the content displayed, the use of personal data and mental health issues among young people. Fundamentally, however, it raises questions about the nature of the democratic conversation on which our society is built.

“The rapid changes mean that the technology giants’ digital infrastructure sets the framework for conversations and information sharing for voters, politicians and the media. It is a major challenge and in the run-up to 2030 Nordic co-operation will strive to improve the preconditions for the people and media of the Nordic Region to continue to hold safe and democratic conversations – including online,” says Paula Lehtomäki, Secretary General of the Nordic Council of Ministers.

The culture ministers have earmarked DKK 1 million for a wide-ranging initiative that will start with a report on the influence of the technology giants on the conditions faced by the news media. The report is being written by the Nordic Information Centre for Media and Communication Research (NORDICOM) at the University of Gothenburg. Earlier this year, NORDICOM published the report “COVID-19 and the Nordic News Media”, which reveals the accelerated pace of change in the media market, e.g. advertising spending moving from national to global platforms.

The ministers’ discussions at the meeting will help to define more clearly the second part of the initiative, which will seek to include perspectives from other sectors of Nordic co-operation such as digitalisation, education, gender equality, languages and children and young people. They expect the work to begin in early 2022.

Contact information
Elisabet Skylare
elisky@norden.org
+45 2171 7127
Nordic cultural co-operation
Art and culture make up the cornerstone of the community spirit that binds the Nordic countries together. This cultural cooperation greatly influences the world around it and reflects the foundation of our common Nordic values.
How can we help you?
More