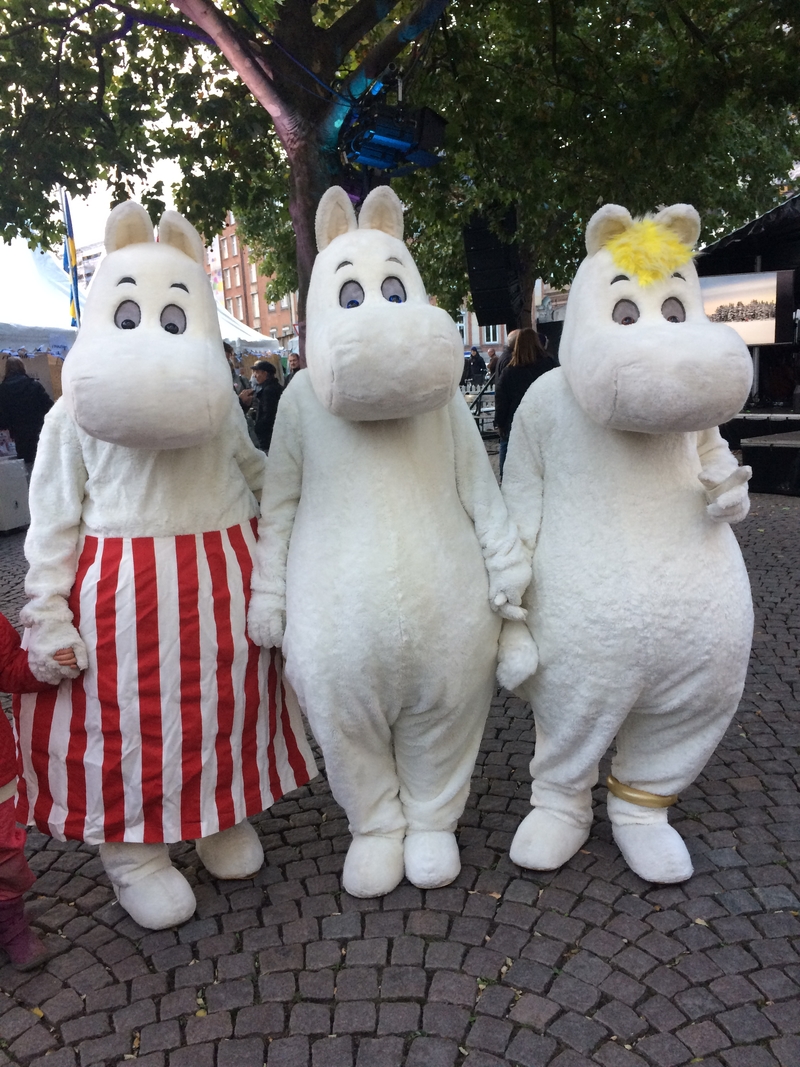 Photographer
Camilla Gross/norden.org
Mail Facebook Linkedin Twitter Sign up to newsletter
The first six months of the Nordic festival have been an overwhelming success. Sixty thousand visitors attended the opening weekend at London’s Southbank Centre, where there was an incredibly warm reception for Nordic Matters, which will continue throughout the autumn.

The retrospective exhibition on Tove Jansson, Adventures in Moominland, was sold out for most of the spring and seen by over 30,000 visitors between January and April. It has been extended several times and can now be experienced up until 20 August. The Imagine children’s festival also had a strong Nordic theme. More than 130,000 visitors were drawn to the many free events and a further 7,500 tickets were sold. The WOW (Women of the World) festival attracted almost 2.1 million visitors, with over 13,000 tickets being sold for its many events.Since November 2016, the Southbank Centre has conducted visitor surveys to find out more about the audience’s knowledge of Nordic culture. Although “Vikings” was the word visitors most associated with the Nordic Region in the autumn, the picture of the region has gradually become more nuanced. The latest word cloud shows that words like “hygge”, “equality”, “Moomin”, and “family” have now joined the Vikings.

For the very first time, the world-famous modern classic festival Nordic Music Days will take place in the United Kingdom at the Southbank Centre from 28 September to 1 October. Participants will include Anna Þorvaldsdóttir from Iceland and Pekka Kuusisto from Finland, both of whom have won the Nordic Council Music Prize.

From 13 to 29 October, a number of Nordic authors – including past winners of and nominees for the Nordic Council Literature Prize – will attend the Southbank Centre in conjunction with the London Literature Festival. Visitors will be able to meet writers such as Naija Marie Aidt, Per Olov Enquist, Dorthe Nors, Linda Boström Knausgård, Claus Beck Nielsen, Rosa Liksom, Johan Bargum, Kristin Ómarsdóttir, Kjell Askildsen, Ulla-Lena Lundberg, Hassan Blasim, Sørine Steenholdt, Sofi Oksanen, Guðbergur Bergsson, Sólrún Michelsen, Frode Grytten, Carl Jóhan Jensen, and Niviaq Korneliussen. “Interestingly, the Southbank Centre has placed our music into the context of the time when it was written. What was happening in the UK and the world at the time? One thing’s for sure – it feels like an incredibly long time ago!” said Björn Ulvaeus of ABBA

The finale of Nordic Matters will kick off on 14 December with ABBA: Super Troupers. This is a guided exhibition which goes behind the façade of the Swedish pop group and shows previously unknown archive material along with original costumes, handwritten notes and sketches, and personal photographs. “Interestingly, the Southbank Centre has placed our music into the context of the time when it was written. What was happening in the UK and the world at the time? One thing’s for sure – it feels like an incredibly long time ago!” said Björn Ulvaeus of ABBA at the opening of the exhibition.