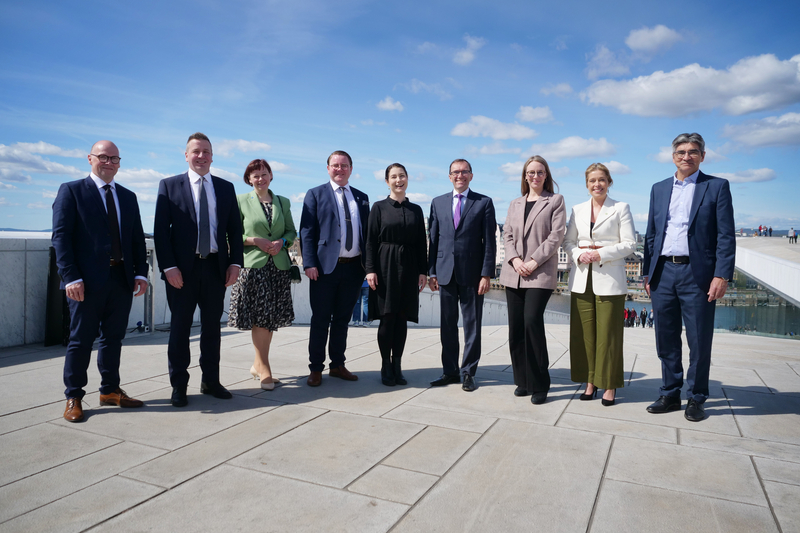 Photographer
Martin Lerberg Fossum
Mail Facebook Linkedin Twitter Sign up to newsletter
The Nordic countries are taking joint responsibility for the region’s work in international negotiations. At a meeting in Oslo today, the ministers discussed, among other things, the Glasgow Climate Pact, a common path towards COP27, Nordic leadership in the negotiations on a global agreement to combat plastic pollution, COP15, and the Nordic Region’s contribution to the fulfilment of the Clydebank Declaration through the establishment of green shipping routes in the Nordic Region.

To express their common ambitions, the ministers adopted two ministerial declarations at today’s meeting: one on Nordic ambitions for the new biodiversity agreement to be negotiated in Kunming, China this summer, and one on green shipping with reference to the Clydebank Declaration, signed by the Nordic ministers at COP26 in November. A total of 22 countries signed the Clydebank Declaration, which included a commitment to deliver six green shipping routes globally.

At the meeting, the Nordic ministers agreed to the creation of green corridors for emission-free shipping between ports in the Nordic Region.

Norway’s Minister of Climate and Environment, Espen Barth Eide says: “I’m very pleased with the agreement for the Nordic Region to pioneer the green transition of shipping.”

I’m very pleased with the agreement for the Nordic Region to pioneer the green transition of shipping.

The ministers also discussed key areas for the forthcoming negotiations on a new biodiversity agreement at COP15 in Kunming, China. In connection with this, they signed a ministerial declaration stating, among other things, that the eight ministers present: “Agree to step up efforts for and to mainstream biodiversity in the Nordic Region through sustainable consumption and production initiatives, reduced food and plastic waste, healthy oceans, nature-based solutions, financing biodiversity and promoting human livelihoods, including the traditional livelihoods of indigenous peoples and local communities”.

Denmark’s Minister of Environment, Lea Wermelin, says: “We’re in the middle of a global natural crisis, which requires joint international solutions. I have high expectations that COP15 in Kunming will deliver ambitious outcomes, and with our declaration today, this is exactly the message we want to send from the Nordic countries.”

Read the ministerial declaration on the biodiversity agreement

We’re in the middle of a global natural crisis, which requires joint international solutions. I have high expectations that COP15 in Kunming will deliver ambitious outcomes

A global agreement on plastics and a successful Norwegian presidency

The ministers also took the opportunity to thank the Norwegian Ministry of Climate and Environment for successfully presiding over the international negotiations on a global agreement on plastics at UNEA 5.2, and signed a joint letter to the Director General of the United Nations Environment Programme (UNEP), Inger Andersen, underlining the Nordic Region’s continued support for an ambitious agreement.

On two previous occasions, the Nordic environment and climate ministers have signed ministerial declarations clarifying shared Nordic ambitions for the area of plastics.

The ministers also used the meeting to discuss Nordic co-operation’s aims for COP27 in November, as well as to discuss how the Nordic countries can contribute to raising climate ambitions in the negotiations. The discussion culminated in a joint statement.

Ministers will next meet in November.

Read the ministers’ joint statement
Contact information
Josefine Carstad
joscar@norden.org
(+45) 22 35 70 13
Marie Karlberg
markar@norden.org
+45 60 39 71 84
The environment and climate
The Nordic Region is seen as a role model with regard to the environment and climate. An important reason for this is the region’s long tradition of political co-operation. The challenges we face are growing in size and number, which makes co-operation even more important going forwards.
How can we help you?
More 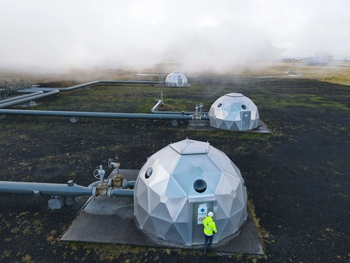