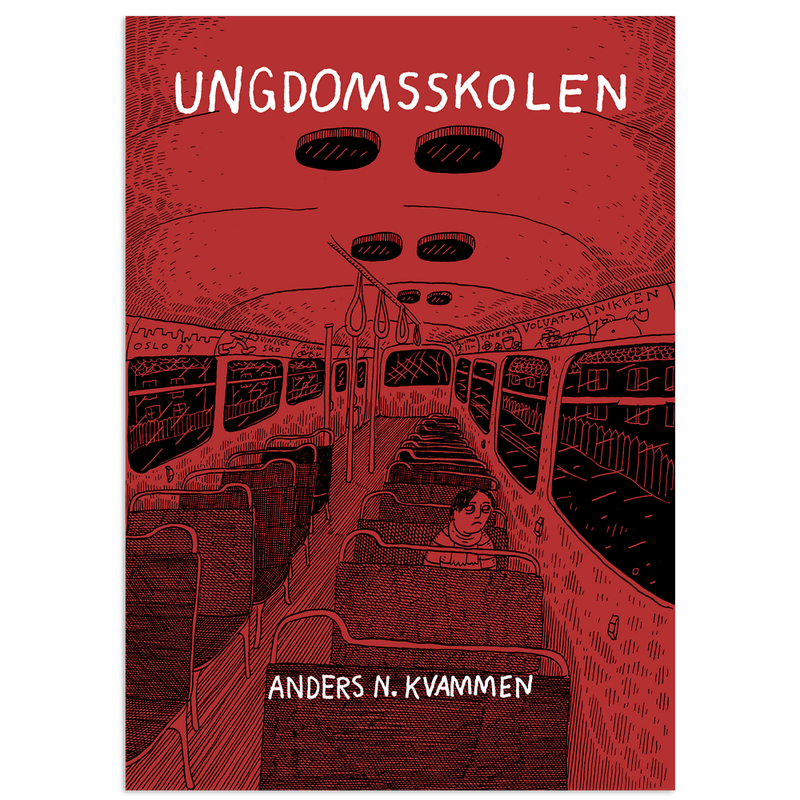 Aksel starts in eighth grade at a new junior high, in a class full of strangers, and does his best to fit in. Life is all hard classes, boring homework, bullying and loneliness, but also holidays, falling in love and new friends. When he’s in ninth grade, a close relative dies. Aksel becomes depressed and enters therapy. His situation slowly improves, thanks to an intervention from his parents, an understanding teacher and supportive classmates. After three years, he graduates. He might not have solved his problems, but Aksel is coping and ready to start senior high.

Ungdomsskolen (“Junior High”, not translated into English) is a vulnerable and tender, sometimes painful but also light and upbeat graphic novel about three years in an ordinary young person’s life. It is not driven by big, dramatic events, but multiple small, everyday episodes, which gel into a realistic but unassuming holistic depiction of life. Young readers will recognise themselves, and adults will see parallels with their own childhoods and the formative years that shaped them – for better or worse. Kvammen appears to have derived inspiration from his own youth.

The lines in his black-and-white drawings are coarse but expressive, alternating between close-ups and panoramas. The backdrop – be it a classroom, home, church, street, beach, mountains or forest – reflect Aksel’s state of mind. There is a lyrical, poetic quality to the way in which the illustrations and the text complement each other.

Kvammen has been producing webcomics for several years, but this is his first book. Ungdomsskolen was awarded the Brage Prize for Best Children’s and Young People’s book in 2016.