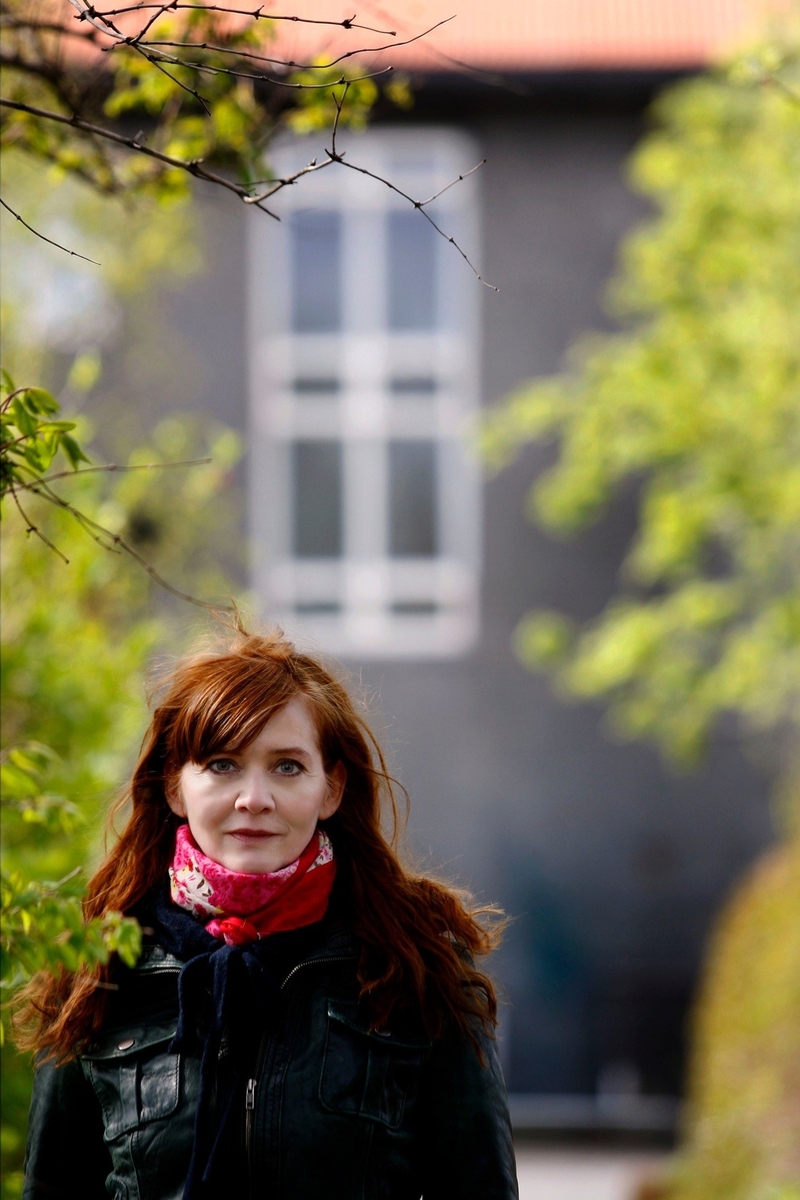 Jónas Ebeneser is practically the stereotype of a fairly common man – the white middle-aged heterosexual divorced father who’s handy and sociable – something that is expanded upon at the start of this novel, which is set in a tattoo parlour where he talks about the seven scars on his body. Eagle wings would not cover them all, so Jónas decides to have a waterlily tattooed across his heart, where there are scars that cannot be seen by the naked eye. Jónas has lost his zest for life and he’s obsessed with the idea of taking his own life, but because his daughter must be spared from seeing his body, he sees no other way out other than to travel the world. His destination is a war-torn country ridden with scars visible and invisible, much like himself. He takes a drill with him, in case it becomes necessary to fasten a hook from which to hang himself. But nobody knows the day before the sun sets.

Ör (in English: “Scar”) does not make a good deal of sense at first glance, but the novel is brilliantly written and deals with deep and intrusive questions that most of us have encountered at some point. Stylistically, the work is playfully light, and the characters are well-drawn and human. Auður Ava Ólafsdóttir steers the novel with a steady hand, combining humour and existential reflection in a way that makes the novel a joy to read. She writes about the position of women, war and escape, loneliness and resignation, but above all about the human being; the sadness of mankind that can be neither measured nor mitigated in relation to other sorrows, only concealed. We are all refugees on this planet, all overrun with scars, but if we reach out for a helping hand and show each other respect and consideration, we may well succeed in concealing our own sadness. The biggest mistake we can make is to forget that we matter to each other, and that human nature is the same no matter where in the world we first see the light of day.

“I’m writing to the dark in the world. I think I do this in all my novels, but perhaps most of all in this one,” Auður Ava Ólafsdóttir said in an interview for the Icelandic newspaper DV when the novel was published in late 2016. “Perhaps I’m a bit like the little girl with the match – in singular. Where each book is a match in the fight against the darkness in the world.” And the darkness of the world wanes a little as you read this incredibly well-written novel.

Ör is Auður Ava Ólafsdóttir’s fifth novel. Her other work includes a collection of poems, plays, and song lyrics for an Icelandic band. She was born in Reykjavik in 1958 and has taught art science and art history at the University of Iceland and at the Iceland Academy of the Arts. She is the head of the University of Iceland’s art museum, has curated art exhibitions, and has written about the visual arts and art history topics for newspapers and periodicals. Auður Ava Ólafsdóttir made her debut in 1998 and six years later her second novel won the Bókmenntaverðlaun Tómasar Guðmundssonar literature prize. Her third novel, Afleggjarinn, has been translated into several languages, the English title being The Greenhouse (AmazonCrossing 2011, translated by Brian FitzGibbon). It won the Icelandic women’s literature prize, Fjöruverðlaunin; the DV Cultural Prize for Literature; the French Prix du page; and the Canadian Prix des libraires du Québec. The novel was nominated for the Nordic Council Literature Prize in 2009. The novel Ör, now nominated for the Nordic Council Literature Prize 2017, won the Icelandic Literary Prize in 2017.