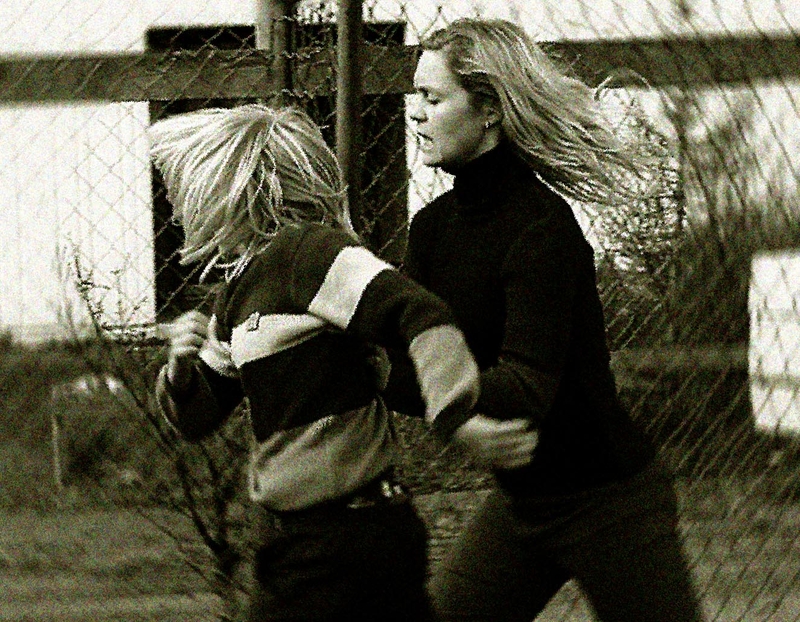 Mail Facebook Linkedin Twitter
This low budget film was born from Ragnar Bragason´s desire to make a film with Iceland´s most established and innovative theatre group Vesturport, totally based on improvisation, borrowing from Mike Leigh and John Cassavetes´s working methods.

"The basic idea was to try to get away from what I had done before, which is to write a screenplay and then try to make a film based on it.

Obviously, when I started shooting, we had no script. I had no idea what the story would be like, although I had a clear sense of rules I wanted to have for the actors based on rehearsals.

I also wanted to have some social awareness in the film and to show today´s Reykjavik", said Bragason.

The director and the cast set about working on the theme of children and parents in Reykjavik.

'Children', the first part of the twin feature focuses on the underdogs, capturing on camera the lives of an underworld thug, a single mum with four kids and a schizophrenic.

The second film 'Parents' focuses on the middle to upper-class in Reykjavik.

The actors were asked to prepare for a character they knew from their own lives or loosely based on real people.

They then worked several months with Bragason on improvisation, research, the building of the characters and the plot.

Then shooting began, still without any written script, but by that time, the actors had a detailed sense of the character they were to embody.

"The thing was to be, not to act", stressed Bragason.

'Children' and 'Parents' were shot in black and white and back-to-back, due to financial restraints.

"Normally, you have a finished script and the standard is to finance the film based on it. But as we didn´t have one, we couldn´t raise any money before the shooting. So we all had to produce it ourselves, putting our own money into the project. Then when people saw what we were doing, the financing started to come in".

The film had its Icelandic premiere in September 2006 to rave reviews and started its tour of international film festivals with San Sebastian´s Zabaltegi-New Directors section in 2006.

The film then won the Jury Award at Courmayeur Noir International Film Festival in Italy and was Iceland´s candidate in the race for an Oscar as Best Foreign Language Film.

It also won the Best Script at the local Oscars (Eddas) in 2006, an award shared by Bragason with the cast members Gisli Orn Gardarsson, Nina Dögg Filippusdottir and Olafur Darri Olafsson.

'Children' is now short-listed for the 2007 European Film Awards nominations.

Born in 1970 in Sudavik, Iceland, Ragnar Bragason has directed several commercials and music videos (including 'Bang Bang', Best Video at the Fantasy Film Festival in Gerardmer, France in 2001) five TV series, four short films, one documentary film ('Love is in the Air' in 2004), and three feature films.

He has been nominated for 19 ‘Eddas´ (the Icelandic Film Academy Awards) and has won seven times.

Screenplays written by Bragason have received support from the MEDIA Programme, Nordisk Film & TV Fond, The Icelandic Film Centre and Scottish Screen. His screenplay 'The Whisperer' was nominated for the 2003 Sundance/NHK International Filmmakers Award as "Screenplay of the Year".

Bragnason is currently working on a new 12 episodes TV series for the independent TV Channel 2 in Iceland and is preparing a new feature film for Zik Zak Production.

Originally founded in 2001 by some of Iceland´s favourite actors including Gísli Örn Garðarsson, Nína Dögg Filippusdóttir and Ingvar E. Sigurðsson,

Vesturport has rapidly become Iceland's most innovative company of theatre artists. Their productions have conquered audiences around the world, notably in London with their West End hit 'Romeo and Juliet', George Buchner´s 'Woyzeck' performed at the Barbican Centre, and Kafkas´ 'Metamorphosis' was shown last year at the Lyric Hammersmith Theatre.

From the birth of this creative collective, Vesturport has approached its projects with thought and working methods resulting in various styles and forms of theatre.

The aim is for every project to find its own voice, style, time and space without forcing a play into a space where its story and characters will not be fully understood.

'Children' and 'Parents' are Vesturport´s first foray into feature film.