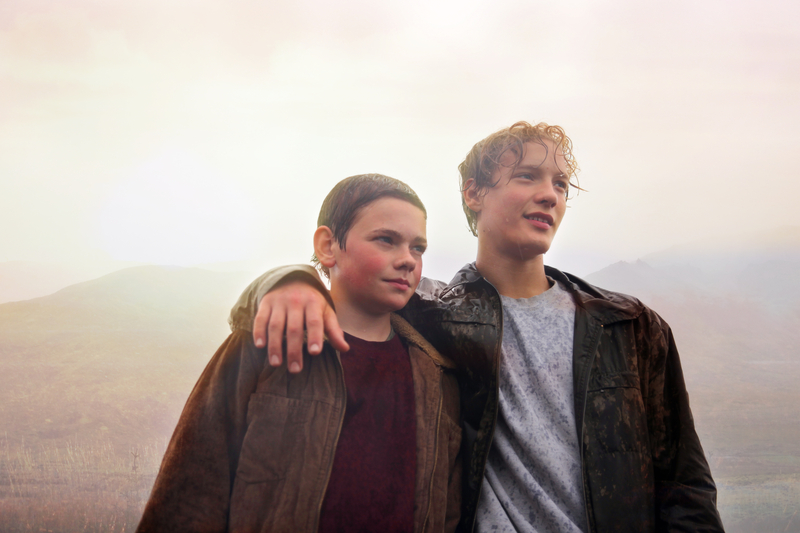 In a remote Icelandic fishing village, teenage boys Þór and Kristján experience a turbulent summer of emotional discovery and sexual awakening. As one tries to win the heart of a girl, the other begins to recognise new feelings toward his best friend. As summer ends, and harshness of Icelandic nature starts to reassert itself, the time has come to leave the playground and face adulthood.

Heartstone is a coming-of-age story that takes place one summer in a small fishing village in Iceland. Teenagers Þór and Kristján enjoy the simple outdoor pleasures typical of the light Icelandic summer nights –  fishing, camping, meeting girls. The story revolves around a deep, loving friendship – and possible sexual tension – between the two boys.   The director, Guðmundur Arnar Guðmundsson, has a relaxed, naturalistic style. While the fjords and green vistas of Eastern Iceland provide a stunning backdrop, they don’t overshadow the narrative or its intense focus on the boy’s experiences. Remarkably strong performances by Baldur Einarsson and Blær Hinriksson further emphasise the film’s unusually delicate strength.

Guðmundur Arnar Guðmundsson (born 1982) is based in both Denmark and Iceland. He graduated from the Iceland Academy of the Arts before moving to Denmark to study screenwriting. His short films have been shown at more than 200 festivals and won over 50 international awards.

Guðmundsson wrote his feature debut, Heartstone, during a Cannes Cinéfondation Residency. Since its world premiere at Venice Days 2016, the film has had a remarkable international career, being screened at around 50 festivals and garnering more than 30 awards, including Queer Lion at Venice Days, audience prizes at CPH:PIX, Transilvania, Linz Crossing Europe and Angers Premiers Plans festivals, and nine Edda awards in Iceland, including Best Film, Director, Screenplay and Actor.

The director’s next project is Chicken Boy.

Jesper Morthorst (born1977) works as producer at SF Studios Production in Denmark.  He has a BA in Film and Media Studies from the University of Copenhagen and graduated as a producer from the Super16 Film School in Copenhagen in 2006. Over the past decade, he has worked on 18 feature films, shorts, documentaries and TV series. His production credits include the films Heartstone and Nordic Council Film Prize-nominee Silent Heart by Bille August, as well as the hit TV series Norskov and Rita. His films have competed at major festivals such as Berlin, Venice, Toronto, San Sebastián, Karlovy Vary and Rotterdam.

Morthorst was named Producer on the Move at Cannes 2011 and shared a Lorens Award in Göteborg 2017 for Heartstone.

Anton Máni Svansson (born 1984) established Join Motion Pictures in Reykjavík in 2007 with the goal of forging close working relationships with talented young writer-directors. He attracted international attention through his collaborations with the talented upcoming writer-directors Guðmundur Arnar Guðmundsson and Hlynur Pálmason. Their films have amassed 100 international awards and premiered in competition at festivals around the world, including Cannes, Venice and Toronto.

Svansson was named Producer on the Move at Cannes 2017.

Lise Orheim Stender (born 1984) works as a producer at SF Studios Production in Denmark. She earned a degree in Film and Media Science from the University of Copenhagen in 2010. In 2016, she produced Heartstone, which premiered in Venice in August that year and has since won more than 30 prizes.