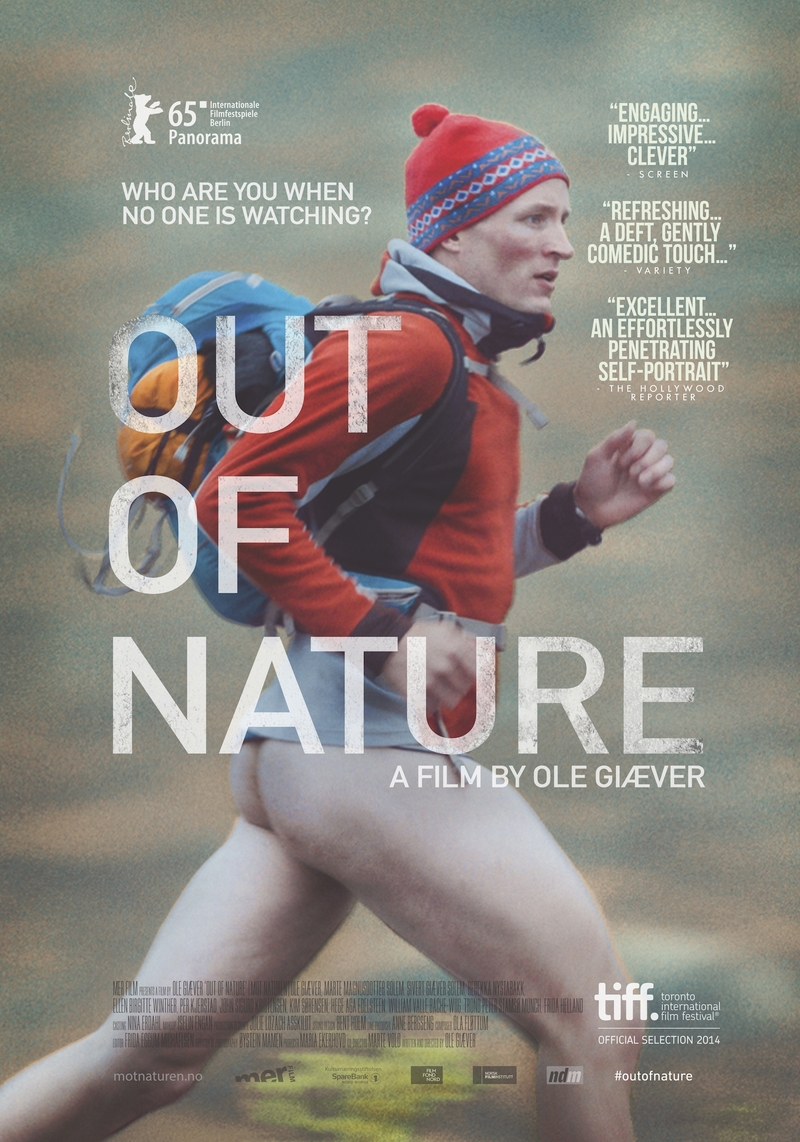 Out of Nature is a journey inside Martin´s head and out into the wild nature. Martin is alone on a hiking trip in the mountains and we hear all of his uncensored thoughts and brutally honest observations about himself and the people around him. With thoughts and fantasies ranging from the trivial and infantile to the existential and profound, the film is a portrait of a young man wanting to break the mould.

In Out of Nature, Ole Giæver portrays a self-reflection of our modern lives and today’s Nordic man. A personal yet forthright narrative conveys a collage of mental imagery to express memories, hopes, dreams, and emotive atmospheres, yet all in a good humour that addresses embarrassment, shame and pain.

Ole Giæver (1977) graduated from the Nordland Art and Film School and the Konstfack in Stockholm. His short film Tommy was nominated for the European Film Awards 2007. His first feature film as writer/director, The Mountain, was selected for Berlin’s Panorama section 2011.

His second feature Out of Nature had its world premiere at the Toronto International Film Festival 2014 and then screened at Berlin’s Panorama 2015 where it won the Europa Cinemas Label Award. Giæver’s next project is the comedy drama From the Balcony.

Maria Ekerhovd entered the film industry in 1999, after graduating in Media Production from the Norwegian University of Science and Technology. In 2006, the short film Sniffer by Bobbie Peers won the Palme d’or in Cannes. She then produced Jernanger and Vegas (2009) before setting up Mer Film in 2010. Talented directors attached to the company include Ole Giæver (Out of Nature), Iram Haq (I Am Yours), Gunnar Vikene (Here is Harold) and Bobbie Peers (Dirk Ohm-The Disappearing Illusionist). Ekerhovd is currently working on Giæver’s new feature From the Balcony and Haq’s drama What Will People Say.

She has co-produced the Swedish film The Quiet Roar, international documentary Cathedrals of Culture and Wim Wenders’ Everything Will be Fine.