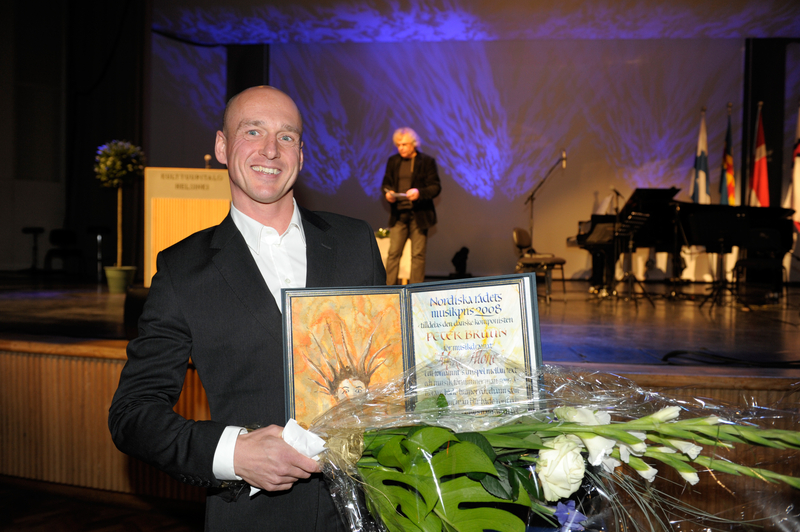 'Miki Alone' is new musical drama about a modern woman's life. The opera, with libretto by Ursula Andkjær Olsen, won the major Nordic music prize in competition with this year's other 11 nominations. The nominees for this year were chosen from musicals and musical dramas. The adjudication committee gave the following reasons for its choice of winner:

"This year the Nordic Council Music Prize is awarded to a work by a living composer and has been chosen on the theme of musical/musical drama. The nominations have varied from musical, rock opera and musical drama to children's and chamber opera. The adjudication committee has borne in mind that the statutes for the music prize require that the work, as well as meeting high artistic standards, must be innovative within its genre.

This year's winner of the Nordic Council Music Prize is the Danish composer Peter Bruun for the work 'Miki Alone'. The work, with the subtitle 'Seven songs for a Mad Woman', is a musical drama for chamber ensemble and soprano.

In a superior interplay between text and music the listener has the sensation of both humour and charm, while being simultaneously touched and seduced. The piece is carried forward by a rhythmic pulse with a tone language which is sometimes modern and experimental, sometimes 'Tom Waits', sometimes Nordic with folk music signatures, but always equally thrilling in its expression. We also want to emphasise the integration of Peter Bruun's beautiful and singable melodies with Ursula Andkjær Olsen's powerful texts. Neither part ever feels superfluous.

The use of the clarinet, viola, double bass and percussion in this little chamber ensemble is very innovative. The fact that this year's music prize goes to 'Miki Alone' is a manifestation that the most innovative musical drama is often found in chamber format, initiated and performed by small, specialised ensembles."

The prize is worth DKK 350,000 and will be presented during the Nordic Council's Session in Helsinki at the end of October.

Information about the prize winner: