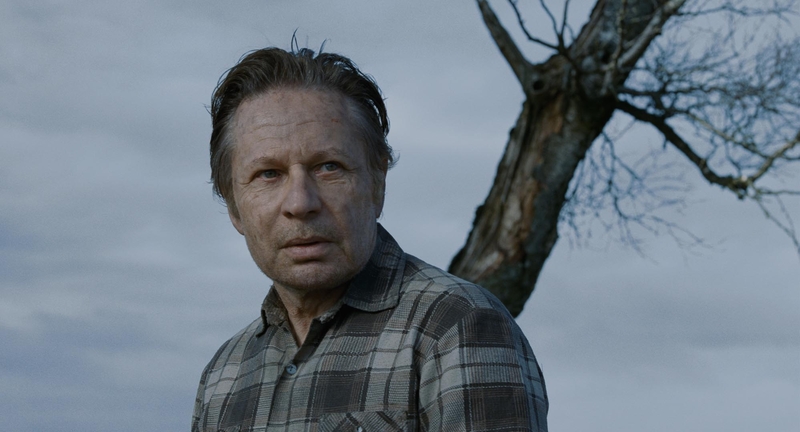 Ravens is based on Tomas Bannerhed’s August Prize-winning novel Korparna. The drama is set on a Swedish farm in the 1970s. In a village that is slowly losing its population, the farmer Agne is driven to the brink of insanity by the depressing work at the farm, an obsession with making his oldest son Klas take over, and a nagging feeling that someone wants to harm his family. Klas, 15, imagines himself far from the farm and is drawn to the world of birds. But as external threats escalate and his inner feeling of guilt grows, Klas is faced with a choice he can’t escape – to pursue freedom or to retreat.

Jens Assur’s debut feature film Ravens is a well-rounded and detailed epic. Exquisite and varied acting paired with equally fantastic cinematography elevate this story about Sweden at a time of change. Agne, an ageing farmer, struggles against the land as his dreams crumble around him, while his wife tries to hold things together as their eldest son yearningly watches over his beloved ravens in the forest. This is the 1970s – a long time ago, yet still close at hand. With artistic courage and uncompromising consistency, Assur creates a story with universal reach.

Jens Assur (born 1970) is a world-renowned photographer and filmmaker. His debut short film The Last Dog in Rwanda (2005) based on personal experiences as a war photographer, won numerous awards including First Prize at the Tribeca IFF and Best Live Action in Palm Springs. His second short film Killing the Chickens to Scare the Monkeys, premiered at the Directors’ Fortnight during the Cannes Film Festival in 2011 and received more than 20 awards, including First Prize at Nordisk Panorama. His subsequent short films A Society and Hot Nasty Teen were both official selections at Clermont-Ferrand Short Film Festival.

His debut feature film Ravens had its world premiere at the Toronto IFF, and has been screened at another 15 festivals around the world, including in San Sebastián, Busan, London, Rome, Rotterdam, and San Francisco. The film won several awards such as Best Film and Best Actor at the Thessaloniki IFF.

In 2012 Assur was bestowed the Sundance/NHK International Filmmakers Award.

Jan Marnell (born 1946) is an internationally-recognised Swedish producer, with more than 30 years of experience in film and television in Scandinavia, Australia, Morocco, Jordan, and Spain. He is the co-founder of the production company Right2Screen.

Marnell graduated from Australia’s Swinburne Film School in 1978, and trained at Crawfords Australia as a DA, First Assistant, Production Manager. His first production was SVT’s Movie of the Week Skuggan av Henryin 1985. Since then he has worked on more than 15 television movies, mini-series, and long-running series, including Peter Flinth’s The Knight Templar (2010), and Måns Mårlind and Björn Stein’s Midnight Sun (2016).

His film credits include Carambole by Daniel Lind Lagerlöf, Hamilton, in the Nation’s Interest by Kathrine Windfeld, and the award-winning Ravens by first-time director Jens Assur.

Tom Persson (born 1986) is the co-founder of the production company Film & Art Affairs, which focuses on feature films and art photography. He also owns the investment company Co_Made.

Persson graduated from the MetFilm School in London in 2008. After moving back to Stockholm, he worked for companies such as Titan Television, and later produced Jens Assur’s debut feature film Ravens. The film has been screened at more than 15 international festivals, and has won several awards such as Best Film and Best Actor at the Thessaloniki IFF.

Persson works through the investment firm Co_Made, collaborating with several companies within television, film, VR/AR, and other media.