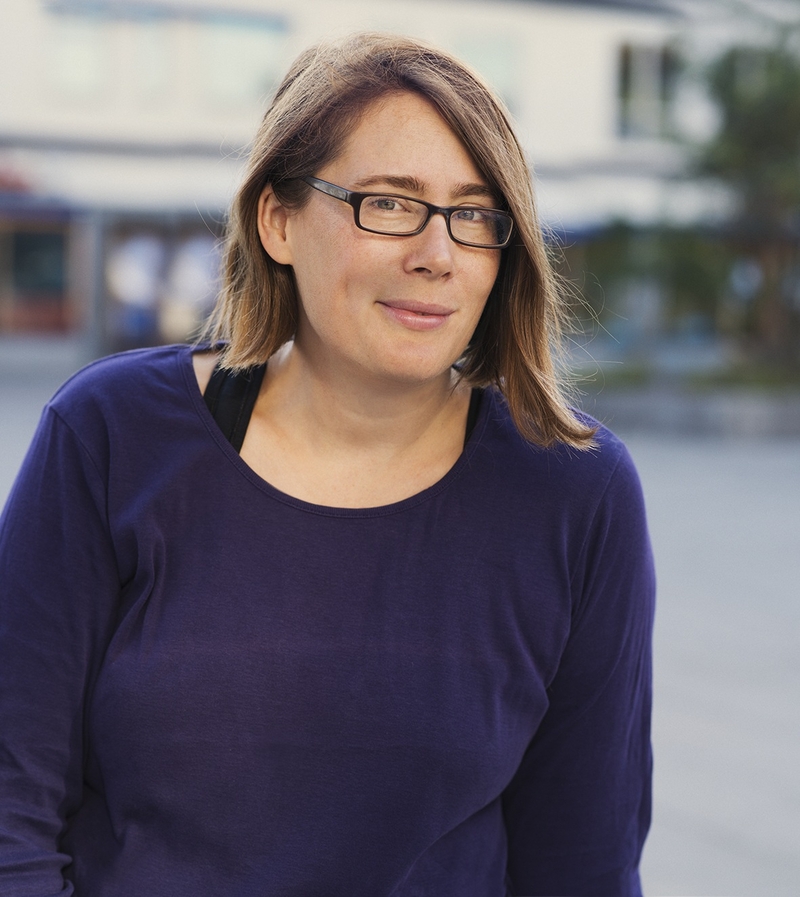 "I flee, running down the stairs though there is no one who could chase me. There is actually no one. Everyone is dead. Mum is dead. Dad is dead. My little brother is dead. And probably everybody else too."

This is how Sofia Nordin's youth novel En sekund i taget (One Second at a Time) (2013) begins. It is about thirteen-year old Hedvig, who alone survives a fever that kills not only her family but everybody round about her. On the streets there are dead bodies everywhere. Is she left alone? This question revolves within her while she fights for survival. She packs a survival kit and heads for the school's educational farm outside the city.

Here she begins her new life and slowly builds up a new existence which revolves around taking care of chickens and horses, lighting a fire in the fireplace, milking cows and trying to find ways to survive alone as winter approaches. She trys to push away thoughts of the world around her and the future, but sometimes they hit her like grieving for her dead family and the guilt of having left them. How do you deal with the idea that you are completely alone in the world, that you will never have any friends or someone to love, that you will never again touch another human being? It is not easy to live one second at a time. And one day she sees footprints outside the house ...

Sofia Nordin's gripping, heavy and horrid story about life after a catastrophe is unique of its kind. It crawls under your skin, poses questions about our existence and confronts us with things that we would rather not to think about.

Sofia Nordin was born in 1974 and lives in Stockholm. She had her literary debut in 2003 with Äventyrsveckanand has since written about ten children's, youth and adult books, most of which have been published by Rabén & Sjögren. In January 2014 Spring så fort du kan was published, a stand-alone sequel to En sekund i taget (One Second at a Time). Common themes in Sofia Nordin's books are strong emotions, norms, social hierarchies and loneliness. Her two youth novels Natthimmel and Det händer nu were both nominated for the August Prize in the category Children and Young Adult Literature in 2009 and 2010. She has also worked as a translator and has translated Tania Kjeldset's youth novel Juli from Norwegian.