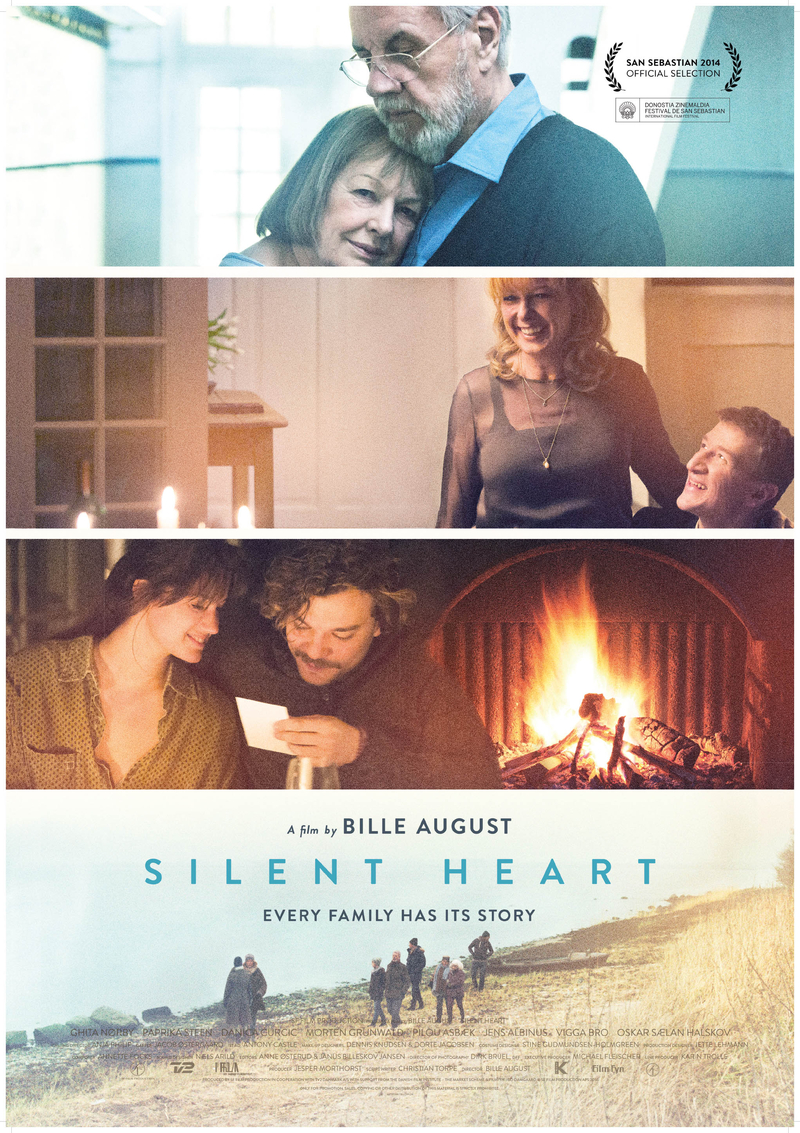 Three generations of a family gather over a weekend. The sisters Sanne and Heidi have accepted their terminally-ill mother’s desire to die before her disease worsens; but, as the weekend progresses, their mother´s decision becomes harder and harder to deal with, and old conflicts come to the surface.

Masterfully crafted and played to perfection, director Bille August and screenwriter Christian Torpe tell a warm-hearted story about an unforgettable weekend where a family has to deal with a mother’s wish to die. In the typically Nordic tradition of exorcising all skeletons from the closet, the film dissects one of the most difficult challenges a family can face – saying goodbye to a loved one.

Bille August (1948) attended the National Film School of Denmark where he graduated in cinematography in 1973. His international breakthrough came with Pelle the Conqueror (1987), which received a Palme d’Or in Cannes and an Oscar. He received his second Palme d’Or in 1992 for The Best Intentions. Since the early ’90s, August has alternated international co-productions with local films. Among his most celebrated works are The House of the Spirits (1993), Jerusalem (1996), Goodbye Bafana (2007) and Silent Heart, winner of four Danish film critics ‘Bodil’ awards 2015 including Best Film. August’s next film is the English language film 55 Steps starring Helena Bonham Carter and Vera Farmiga.

Christian Torpe (1978) studied Film and Media at the University of Copenhagen and was taught scriptwriting by veteran US sitcom producers Nancy Steen and Fred Rubin. He made his debut with the TV series Maj & Charlie and had his breakthrough as creator/writer of the TV series Rita, now into its third season. He also wrote Misfits (Hjørdis), spin-off comedy series to Rita.  He is currently working on two new series as show runner for AMC and Warner Brothers in the US.  His writing contributions to feature film include Hella Joof’s comedy Almost Perfect and Bille August’s Silent Heart, winner of a 2015 Bodil award for Best Script.

Jesper Morthorst (1977) graduated from the Super 16 film school in 2006 and holds a BA in Film and Media studies from the University of Copenhagen. He worked for Nimbus Film, Alphaville Pictures and is now in-house producer at SF Film Production. Over the past decade he has produced more than 20 films and TV series such as the award-winning documentaries Afghan Muscles by Andreas M. Dalsgaard, Out of Love by Birgitte Stærmose, and the TV series Rita.  Bille August’s Silent Heart had its world premiere at the San Sebastian Film Festival where Paprika Steen won a Best Actress award.