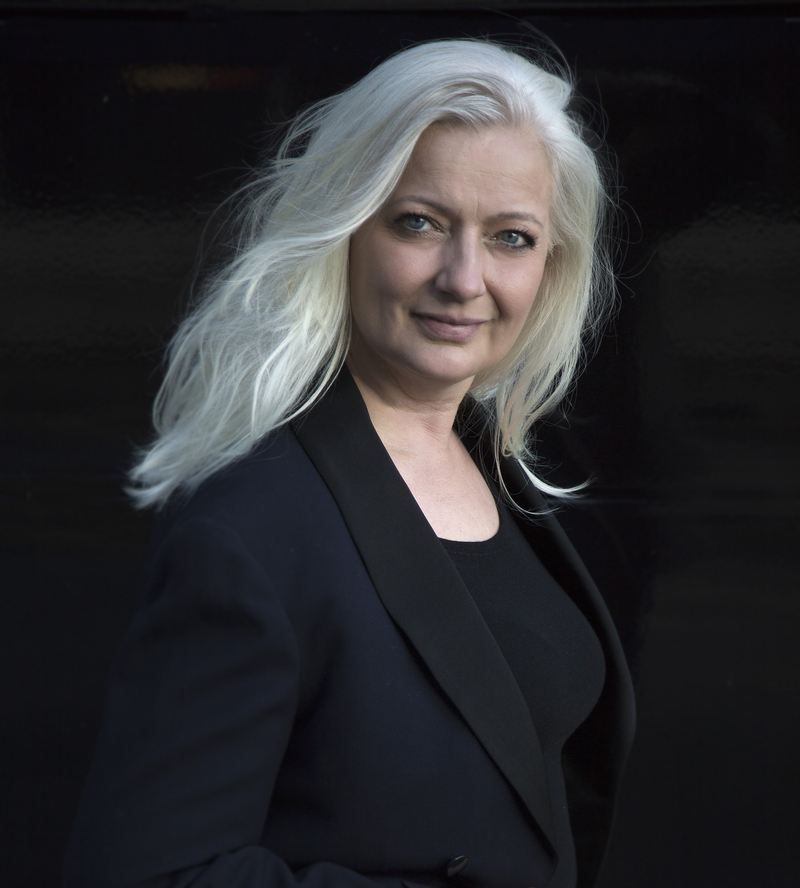 Christina Åstrand (b. 1969) is in all respects a highly remarkable and versatile violinist, whether as a soloist, a chamber musician or as leader of the DR Symphony Orchestra – a position she has held since winning it in 1993 at the age of 22. Her repertoire in both solo concerts and chamber works ranges from classical masterpieces to brand-new contemporary music, and she is known for her always exciting and personal interpretation of the works, whether they are classical or contemporary.

She has recorded and played premiere performances of several violin concertos, and is one of the few violinists in the world to master György Ligeti’s Concerto for Violin and Orchestra. Her CD recording of Ligeti’s and Per Nørgård’s violin concertos with the DR Symphony Orchestra and Thomas Dausgaard won her the distinguished French Diapason d'Or award in 2001.

She has been a guest musician with many symphony orchestras, especially in the Nordic countries, playing major classical violin concertos, and her CD recording of violin concertos by N.W. Gade, Lange-Müller and Rued Langgaard, in particular, has enjoyed great international success – bringing her, amongst other things, an invitation to play Gade’s Violin Concerto with the Chicago Philharmonic Orchestra. She will be continuing her interest in Danish music this autumn, when she will be recording Danish violin romances for violin and orchestra with the Turku Philharmonic Orchestra – entirely unknown pieces of music on which the ink is barely dry. The CD will be released on Dacapo.

Contemporary music has always been close to her heart. To quote Christina herself: “Collaborations with living composers have always interested me because it makes the music vital and meaningful, and all of a sudden you can describe it in concrete terms. It means I can work with new timbres and playing techniques with the composers, and the inspiration goes both ways. This work has cast a completely different light on the ‘old’ music for me. For me it was always associated with too many dogmas and rules, and I have always felt bound by the tight reins of tradition.”

Several Danish composers have written works especially for her. She has had a long-standing collaboration with Hans Abrahamsen, with whom she founded the Aarhus Sinfonietta.

Per Nørgård’s violin concerto “Helle Nacht” was created in close collaboration with Christina Åstrand. Hans Abrahamsen has written a new solo piece for violin and orchestra, and Niels Rosing-Schow has written the violin concerto “Trees”, both of which will be soon be given their premiere performance. Pelle Gudmundsen-Holmgreen has written “For Violin and Orchestra”, which is recorded and published by Dacapo. On 5 September 2019, Christina Åstrand will perform a double concerto for violin, piano and orchestra by the composer Allan Gravgaard Madsen with the DR Symphony Orchestra.

Chamber music also occupies a large part of Christina Åstrand’s repertoire. Since 1996 she has played in Duo Åstrand/Salo with the pianist Per Salo, who, in addition to giving countless concerts, has also recorded several highly praised and award-winning releases, including of Carl Nielsen’s violin sonatas. The Danish Horn Trio (Åstrand, Salo and Jakob Keiding) has been responsible for acclaimed releases of horn trios by Brahms and Ligeti, as well as by Pelle Gudmundsen-Holmgreen, Poul Ruders and Søren Nils Eichberg.