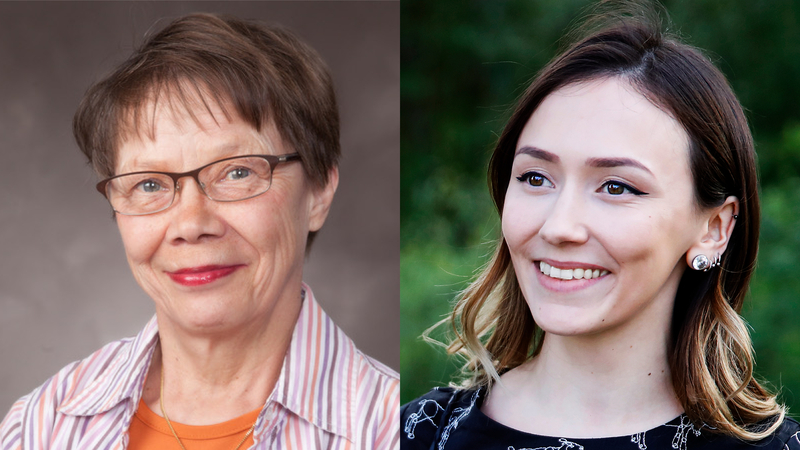 Jođašeaddji Násti (“Travelling Star”, not translated into English) is a North Sami children’s and youth novel written by Kirste Paltto. Jođašeaddji Násti is a continuation of the book Luohtojávrri oainnáhusat, which was nominated for the 2017 Nordic Council Children and Young People’s Literature Prize.

Imagine a child looking up at the stars and the moon. The child sees that the moon has eyes and a mouth. What’s up there in space, and what’s it really like on the moon? With this text, the author portrays children’s fascination with space and stimulates their curiosity and their ability to marvel at the content of space. Using Gauri and Várb’s good advice, children of the Earth Ritni and Urbán explore space.

In Jođašeaddji Násti, we meet the brothers Ritni and Urbán once again, this time on strange new adventures in space. One day, when Ritni and Urbán are in the playground, Ritni discovers a small flashing ball bouncing up and down. What a strange sight! The next day, the boys go back to the playground to look for the ball. A leaf unfolds from the green ball and a boy dressed in green runs towards them. The boy is called Gauri. He explains that the ball is his, that it’s Várbu’s means of communication and it’s the star of thoughts, dreams, and hope. The green-clad boy asks Ritni and Urbán if they want to join the travelling star. The brothers suggest a trip to the moon, and so starts their journey out into the universe. On the way, they meet a troll with four heads and a moon fizzle. The troll has lost its own children and wants to adopt Ritni and Urbán as its own children in space. What happens to the brothers when the troll suggests competing? What is a moon fizzle? And what happens if someone happens to see the moon fizzle with their eyes? This creates wonder and excitement in the story.

The troll with four heads is reminiscent of the troll we know from Sami stories. But this time, the troll sets bigger and different types of challenges than before. It has lost its home and it’s lonely. The troll talks about its children floating homeless in space because a satellite destroyed their home. With this, Paltto moves the troll into a new era that affects the entire population of Earth. The children must use their wisdom, ingenuity, and good communication skills to solve various challenges.

The text emphasises independence as a fundamental value. The children have to get through their encounter with the troll, but by following Gauri and Várbu’s good advice, the two boys finally manage to complete their journey.

The illustrator takes us into an exciting world by creating an image of the children sitting on the back of the moon fizzle and of dancing girls that shine like stars. The illustrations also convey the troll’s various facial expressions by using different shades of green.

The text is well suited to children between the ages of 8 and 13 in terms of content, language, and form. The language is beautiful, poetic, and colourful.