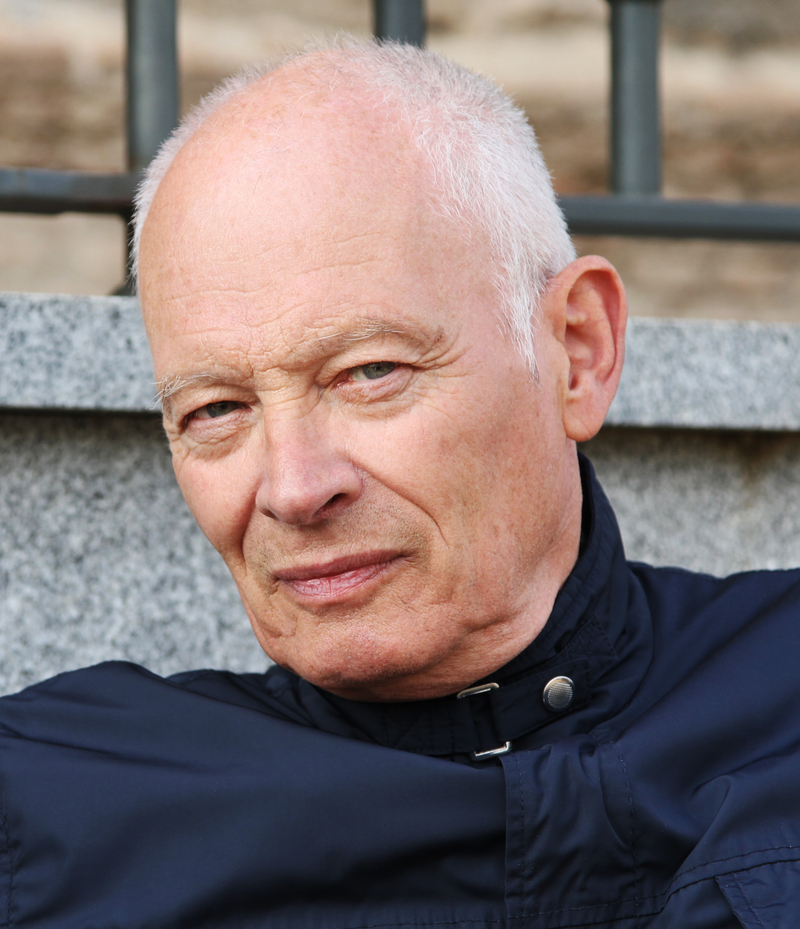 Guðbergur Bergsson was born in 1932 and has enjoyed a long literary career. In the 1960s he was writing revolutionary novels, as well as acting as a spokesman for innovation in narrative art and as an advocate of the radical critique of bigotry, class society, and servility. His novels have brought onstage the ordinary Icelandic folk of the day – people in the fishing industry, sailors, clerks, all now regarded as eligible to tread the boards of the stage. Tómas Jónsson, of the book Tómas Jónsson – bestseller, is probably the most famous clerk in Icelandic literature, an old fogey who in the infirmity of his advanced years lies in bed recalling his life and times.

Bergsson has produced more than twenty novels, as well as poems, short stories, memoirs and auto fiction, and articles and essays. What’s more, he is one of the country’s most accomplished translators.  By way of his translations he has given Icelanders access to many canonical works of Spanish and Latin American literature, including Don Quixote by Miguel de Cervantes and One Hundred Years of Solitude by Gabriel Garcia Marquez, as well as stories by Jorge Luis Borges and Júan Rulfo, to name but a few.

In the postscript to his translation of One Hundred Years of Solitude, Bergsson writes: “There is a sort of biblical tone in the way that One Hundred Years of Solitude is narrated, and this presumably revolves around a motif from one of the five books of Moses. Hamsun may have been the first author to bring us this myth in a modern guise; he brought it down to Earth in the form of a novel as he led his people over mountains and across deserts in search of a new form of growth of the soil. They then raised a town in this promised land, to which Halldór Laxness’s Independent People responds with Bjartur í Súmarhúsum, which is abandoned and laid to waste after a period of prosperity filled with the incest and deluge that are in people’s souls. Several authors have reiterated this Old Testament material in numerous variations, with results that are good and not so good. Favoured scenes have included countries or territories that once formed a new world but are now lost. This frequently echoed story is about family sagas inspired by a Lutheran or communist spirit, and that have a particularly degenerate effect on the sins and set themselves the goal of being simultaneously a national symbol, a punishing whip, and a declaration of love to the family’s homestead. The best known writers of this type of love-hate novel are Hamsun, Faulkner, Laxness, Rulfo, and Marquez.”

Hamsun wrote about this world through the prism of absence. Laxness portrayed it as one of stagnation and hopeless struggle for one’s daily bread. Yet with Bergsson these benchmarks are absent.  He turns it all on its head, following none of the recipes that have been used before. Yet the punishing whip is certainly in evidence, and from time to time it is raised high to deal a blow. Declarations of love, however, are more ambiguous, not to mention polysemantic. Fervour and irony fight it out with each other.

A remote countryside farm not far from a fishing village on the south coast of Iceland provides the basic narrative setting of Þrír sneru aftur, (in English “Three men return”). This isolated and secluded spot serves as a backdrop to the well-known literary motif that Bergsson discusses in his aforementioned postscript. The farm is a kind of national symbol. When it receives unexpected visitors, the transformations of the time come barging in. At the centre of the novel are: two girls who have been abandoned by their mothers; the girls’ maternal grandmothers and grandfathers, who take the place of the girls’ parents; their son on the farm, stubborn and grumpy; and a boy from the fishing village who sometimes stays at the farm because his mother is ill. Now three foreign men enter into this humdrum world – two of them English tourists, leftist academics who are convinced that Iceland is a natural treasure, and later a German who must remain hidden. The three return: the Brits as soldiers, the German as a tourist. At the beginning of the novel, the farm is a kind of sanctuary representing constancy and stagnation, but little by little the floodgates of the time give way, unleashing occupation, war, and community-building – in short, modernity. US troops show up and put the whole of society at sixes and sevens, transforming life completely, and as the troops depart, tourism takes over. The girls’ mothers move to the fishing village, meet some soldiers, and move to the United States. In addition, a book turns up in the novel that shares its title, Þrír sneru aftur – it is a report on shipwrecked people that the son on the farm reads to the boy from the fishing village, who is staying there while his mother is in hospital. After the war the American troops return, this time as personnel in the defence forces, and so everything changes. Everyone is trying to work for the troops – and this social ascent is often perfectly matched by servility. Yet the realistic portrayal makes the reader the interpreter, and our understanding of the work hinges to a great extent on our own values and the perception of the people that we each bring along with us.