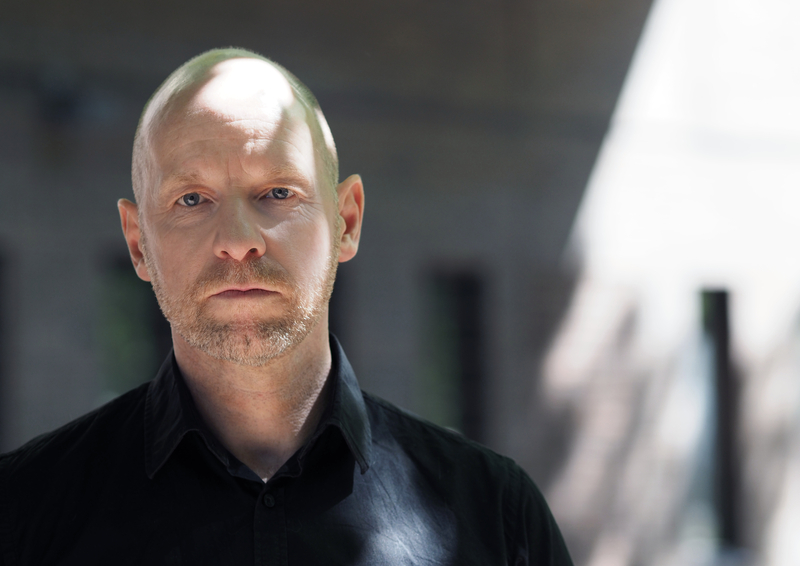 The recurring themes in Jesper Larsson’s work include people outside the bounds of society, people who find themselves ostracised, alienated, and lonely. This is true as well in the novel Den dagen den sorgen (‘The Day of Sorrow’, not translated into English).

The story revolves around the carpenter Bengt. He lives a lonely and isolated life. Since the death of his wife four years before, he has been a single father to thirteen-year-old Melissa. Bengt feels ashamed of his class affiliation and feels constantly wronged by society. One day, Melissa stops playing piano and starts writing poems instead. Bengt is sure that she is being exploited by the writing teacher and starts monitoring him to find evidence in support of his suspicions. It’s no help that his daughter doesn’t satisfy his constant need to communicate or give him answers. Ever less discreetly, he follows her. He tracks her every move for signs that what he fears is true.

Even when it is painful, Larsson is relentless, deftly bringing to life the main character Bengt’s paranoia and fear of losing control in the text. On a deeper level, we see the father’s sense of inadequacy and of no longer being needed.

Den dagen den sorgen depicts the shifting layers between what the self and the outside world consider to be reality. The reader is filled with a vague sense of discomfort – what actually happened? Questions about class, masculinity, and the voices that are heard and counted in the present are also subtly raised. People like Bengt are rarely portrayed sympathetically in contemporary literature, but Larsson makes him whole and credible. A misogynist and xenophobe with an unattractive need for control and poor language skills, he is the one at the heart of the story, which is viewed through his eyes alone.

In a restrained and pared-back style, Larsson shows that the abyss is constantly lurking under the seemingly lukewarm normality of day-to-day life. By way of mesmerising inner monologue, Larsson transforms everyday events into processes that have twisted consequences, allowing style and content to merge, and the reader follows Bengt’s inner self and becomes one with it.

The 130-page Den dagen den sorgen is an uncompromising work of contemporary Swedish literature. Thanks to Larsson’s ambition, unswerving confidence, and creativity, his work is a remarkable feature of the literary landscape.

Jesper Larsson was born in 1970. His debut, snö, tårar (2003), was nominated for the Borås Tidning debutant prize. He has since published two other works – the extensive Hundarna in 2007, and now, fourteen years later, Den dagen den sorgen (2021), which has been nominated for the Sveriges Radio novel prize for 2022.