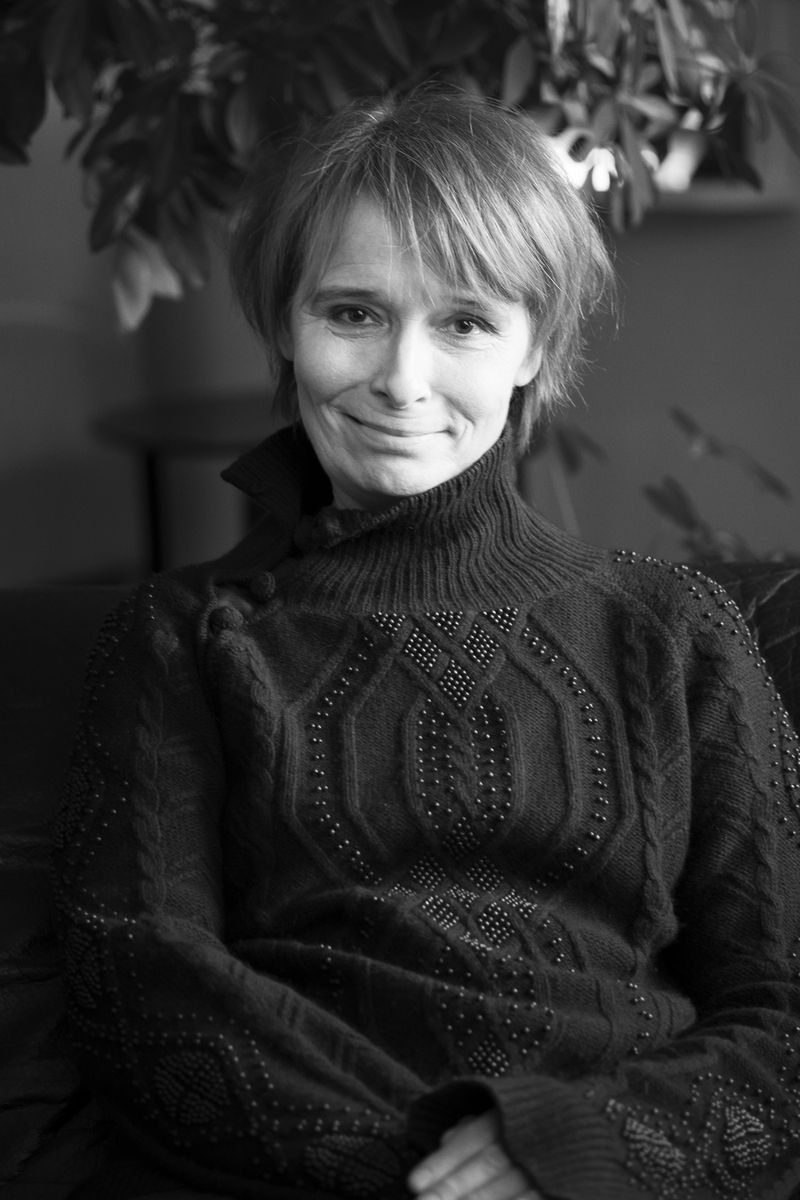 Linda Vilhjálmsdóttir was born in Reykjavik on 1 June 1958. Although her first poem was published in 1982 in various newspapers and other publications, her real debut came in 1990 with the poetry collection Bláþráður (in English, “A thin thread”) and quickly made her one of Iceland’s foremost poets. Her body of work now includes five poetry collections, as well as plays, other verse, numerous individual poems and newspaper articles, and a novel published in 2003 that is based in part on her own experiences. Vilhjálmsdóttir’s poems have appeared in English and German in anthologies and newspapers. In addition, she has taken part in poetry festivals in Iceland and abroad.

Nine years elapsed between the publication of Frostfiðrildi (in English, “Frost butterflies”), her fifth poetry collection, in 2006 and Frelsi (in English, “Freedom”) in 2015. Vilhjálmsdóttir has received numerous accolades and awards for her poems, the latest being the newspaper DV’s Cultural Award for Frelsi. This is the first time she has been nominated for the Nordic Council Literature Prize.

Frelsi is an impressive and remarkably intimate collection of poems. It consists of an untitled introductory poem followed by three numbered epics. Freedom is the leitmotif in all the poems: how we distort the idea of freedom and how we perceive it. This is a lapidary text, veiled in razor-sharp sarcasm, where every word is carefully chosen and full of significance. The poems converge in the reader’s mind to form a strong whole, despite the fact that each section has its own internal motif which changes the reader’s perspective depending on where he or she is in the book. The last poem completes the circle, and we find ourselves back where we started.

The untitled poem introduces us to the book: “We have amplified everything under the sun, except the goodness and the freedom that we believe we have achieved, but which is actually the freedom of slavery, the freedom to be buried alive at home at the croft, bereft of cohesion and an authentic experience of the world.”

The next poem – epic number I – takes over effortlessly where the opening poem leaves off. The journey continues uninterrupted and our “hardened bones [...] crumble in the garden just inside the windbreak”. The motif in this section of the book refers to recurring verbal expressions from prelude to financial collapse, in that people want to profit by day and barbecue in the evening. The narrator mocks those who think that freedom must be ruthlessly exploited to maximise profit and better their lifestyle, revealing a haunting superficiality and the indifference that goes along with it:

to the outside world is clear

even if our reasoning is “for the children”

we are still free

to endorse the soil

In poem II we are taken to Bethlehem, the home of the man who preached that the truth would set us free, but it is not freedom that lives here, but adversity in confined spaces. This is not a place where you can roam freely – you need permission to jump from one mapped stop sign to the next, accompanied by a guide. This, like the liberal freedom of the last poem, limits us on the path through life. There are three distinct types of people here – Jews behind bulletproof glass, Arabs on a narrow path in an open field, and pilgrims who are made to wait at the dividing wall before being allowed to “follow in footsteps of the Saviour, who ended up on the right side of the wall”. The reader’s uncomfortable sense of claustrophobia and anxiety intensifies when preconceived ideas and religious motifs collide with ice-cold reality: The baby Jesus’s crib stands opposite a five-star Hotel Intercontinental and refugee camps, armed soldiers on the Via Dolorosa, fortified churches, and subordinate women who are “graciously allowed to cry and pray in their confined crone corner” but left behind with “fruit and a copious drop in their cup”.

The final poem – number III – continues the religious motifs but contextualises them within a familiar homeland discourse. Economic growth is god, and national games and outdoor festivals are religious celebrations. We are free to side with the ongoing war against nature, to close our eyes to reality and take no interest in the future, or to always be in great shape in “our glorified health paradise”. Our world is divided into boxes and compartmentalised like the people in the Holy Land. We believe that the meaning of life consists in the freedom to profit from the day:

[to] float around passively

in the ultraviolet web of the world

in the post-enlightenment patriarchy

to the biting cold and the scorching heat

In an interview Vilhjálmsdóttir herself describes Frelsi as a political and feminist book, but she says that first and foremost it is a necessary exploration of the concept of freedom and how it clashes with our apathetic navigation of the oceans of torrents of words and deformed concepts. “Torrents of words” is a far cry from Vilhjálmsdóttir’s poetry, in which each word has been carefully chosen and everything is exemplary – from its form to the composition of its crystal-clear text and razor-sharp message. Frelsi is in many ways a unique collection and will undoubtedly make readers more aware of the time in which they live and the future that awaits if action is not soon taken.