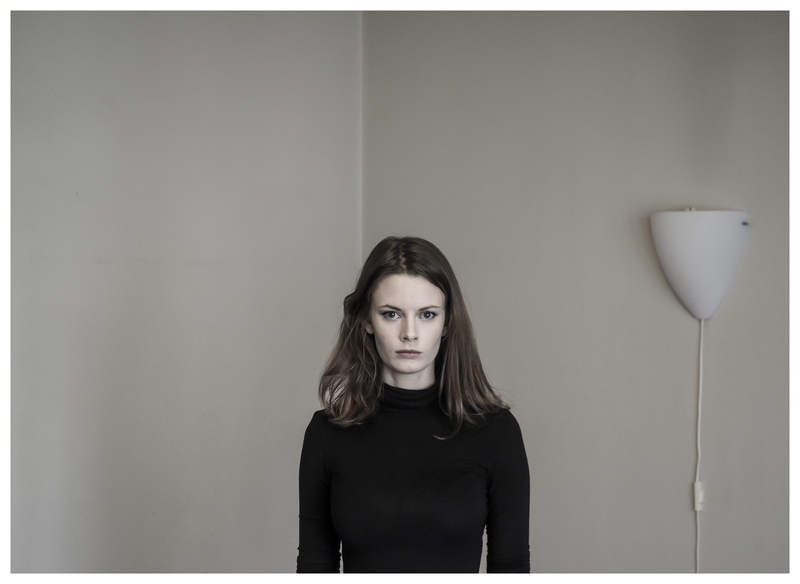 Roskva Koritzinsky (born 1989) made her debut with the short story collection Her inne et sted in 2013. The novel Flammen og mørketfollowed two years later and then she returned to short stories, producing a collection which is a stand-out not only in her own recent work but also in Norwegian literature for 2018.

The six short stories are essentially centred around a relatively recognisable present day and are usually about family, relationships, studying, and career progression. Short as they are, their plots sometimes extend over longer periods of time, and Koritzinsky demonstrates an unusual ability to both zoom in on momentary details and portray the shifts and uncertainties of a lifetime in just a few pages. Not least, she is able to show how closely interwoven familiarity and unfamiliarity between people really are. An example can be found in one of several sentences that are short stories in themselves: “Occasionally, when you held me tight, or I placed my hands around your throat, I saw in your eyes something that I would always forget: that you came from the darkness, while I was just a blind passenger.”

The title points to a central element, pertaining perhaps not primarily to the plots or the characters but to the manner of writing and to the approach to writing and the world – that nothing is given or decided, even when everything is precise. When judgements are made and life is perceived in sentences, they have a liberating function. The way Koritzinsky writes makes the reader feel that these sentences are continually turning around to observe themselves. The constant vigilance and literary awareness in her writing are testament to a keen ear for the unique dual power of language – to map and to break down.

A few years ago a Norwegian poetry anthology was published entitled Verden finnes ikke på kartet. Its loose translation, “The world isn’t found on a map”, can be interpreted as that which has already been defined, graded, and algorithmised is not identical to that which is real, functioning, and in use. Jeg har ennå ikke sett verden (in English: “I’ve yet to see the world”) is a title that can be read in a similar fashion – because the world is yet to be seen, it is still on the way. And it is their exploratory and searching, but by no means hesitant, nature which characterises these short stories, which shift perspective between characters in a way that is unconventional and atypical of the genre. They can do this precisely because this approach binds them together. In reading Koritzinsky, we participate in something obvious that we are otherwise often asked to forget – that language is not something that describes, grades, and characterises each of us but what makes us breathe together.

Every morning, the urge to disappear utterly and completely, to jump out of the window or drink yourself to death, is followed by that empty moment of sobriety in the afternoon: don’t give up completely, just a little bit, all the time, so that no one notices.