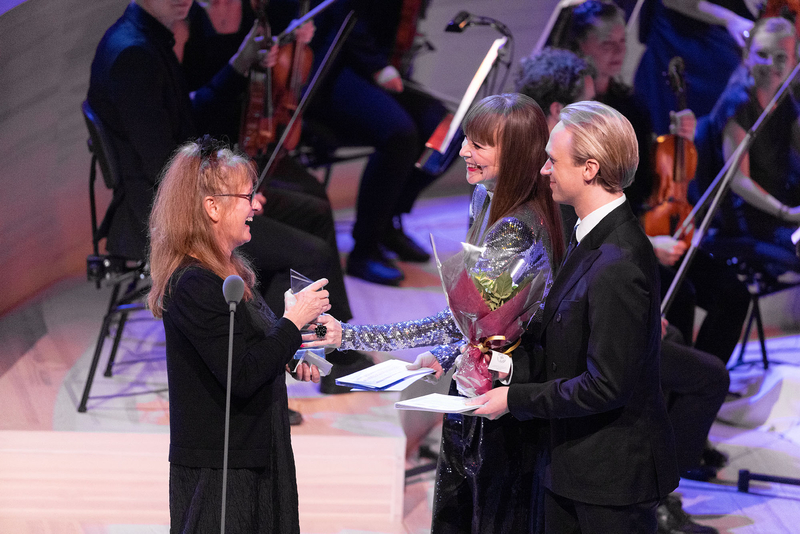 Solvej Balle’s main character, Tara Selter, has involuntarily stepped off the train of time in this large-scale prose work “Om udregning af rumfang” (‘On the Calculation of Volume’, not translated into English). In her world, 18 November repeats itself endlessly. At a stroke, she no longer experiences the changes of weeks, months or seasons. The people around her do not age, and they naturally find it difficult to understand Tara’s new and rather remarkable reality. This gap in experience becomes a stroke of literary genius as it asks fundamental questions about what our individual experiences of time and space do to our lives and society.

So far, three of a planned series of seven volumes about Tara’s dislocation from time have been published. They already form a closely coherent whole, which expands in new and unpredictable ways within each volume, thereby also challenging our idea of the work as a complete whole. In this way, Solvej Balle allows the reader to relive time, not least the present, and its inherently competing perspectives on themes such as growth, activism and gender. Through the work, we realise that our present is a common concern, even if we sometimes live in our own “bubbles”.

The prize is awarded to the first three of a planned series of seven volumes about Tara Selter’s dislocation from time. They already form a closely coherent whole, which expands in new and unpredictable ways within each volume. With “Om udregning af rumfang”, Solvej Balle delivers a timely masterpiece of its time. The work is Solvej Balle’s major comeback, not just to Danish and Nordic fiction, but to European fiction in general.