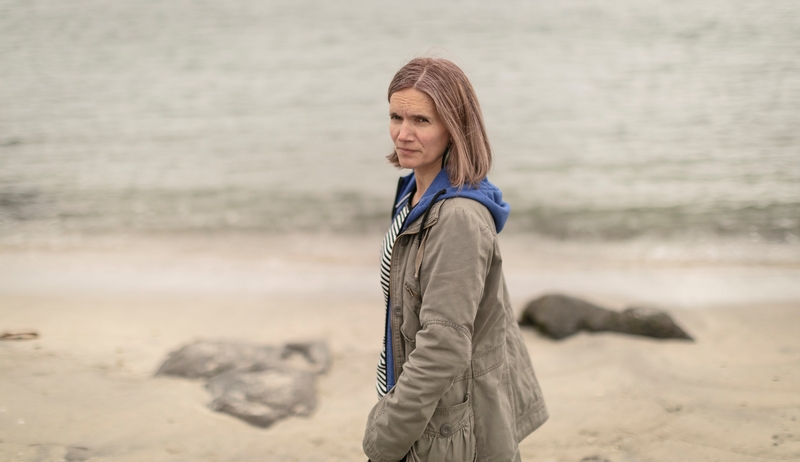 It is the young Fríða who has the narrator’s voice in this novel, which is about four friends who come together in a struggle to save the world from looming climate change. Fríða is a young and healthy, but careful and introverted girl who stays, as far as possible, in the background. However, when one day in school she re-encounters her childhood friend Miriam, who has moved to Denmark several years previously, things start to change. Miriam suffers from cystic fibrosis, but is outgoing and full of drive, and together the two friends plan how to set things up so that they can convince the world, and in particular their parents, that it is time to take climate change seriously. Together with their friends Pax and Steffan, who is also Miriam’s brother, they make big plans. Miriam keeps a logbook, and this plays an important role when she is hospitalised and Fríða is given the task of taking care of it. The logbook becomes the gateway for Frída and the reader into Miriam’s thoughts and emotional life. It is used narratively to switch between time, place and points of view in the book, so that the reader gradually experiences the individual stories of the four friends, and to deliver the book’s message, which is expressed in a Thunberg-inspired speech that Miriam has written for a climate strike, but has never managed to hold.

The book is in tune with the ecocritical tendencies in the literature of our time, and is highly topical. However, the book is more than just a climate novel; it is also, perhaps to an even greater degree, a story about what concerns people – both adults and the young – today. It is a book about how young people navigate in a world of challenges, dealing with such topics as climate change, screen time, alcohol abuse and grief, as well as large and complex topics that have to do with identity, sexuality, science and faith.

This is all done in Marjun Syderbø Kjelnæs’ recognisable, slightly subtle and warm style. The book has intertextual references and allusions to literary, scientific and religious texts. Through them, this short, quickly-read book is rich in its presentation and lends itself to several readings that provide new insights with each reading. The title Sum rótskot (‘As A Root’, not translated into English) is a biblical reference, referring in several layers to the prophecy in the Book of Isaiah that the saviour of the world will come “as a root out of a dry ground”. In other words, it is not those of whom we have the highest expectations who can be expected to save the world. The four young people make an attempt. They take matters into their own hands. However, it has consequences that lead them into a dilemma: Just how far are we willing to go to save the world?

Marjun Syderbø Kjelnæs (born 1974) is a Faroese prose writer, poet and playwright. Since her debut in 2000, she has written for adults, children and young people. Her YA novel Skriva í sandin, 2010 (‘Write in the Sand’, not translated into English) won the Nordic Children’s Book Prize and the White Raven in 2011, and was nominated for the Nordic Council Children and Young People’s Literature Prize in 2013. Marjun Syderbø Kjelnæs has been awarded several prizes and scholarships, and her works have been translated into the various Nordic languages as well as English, French and German.