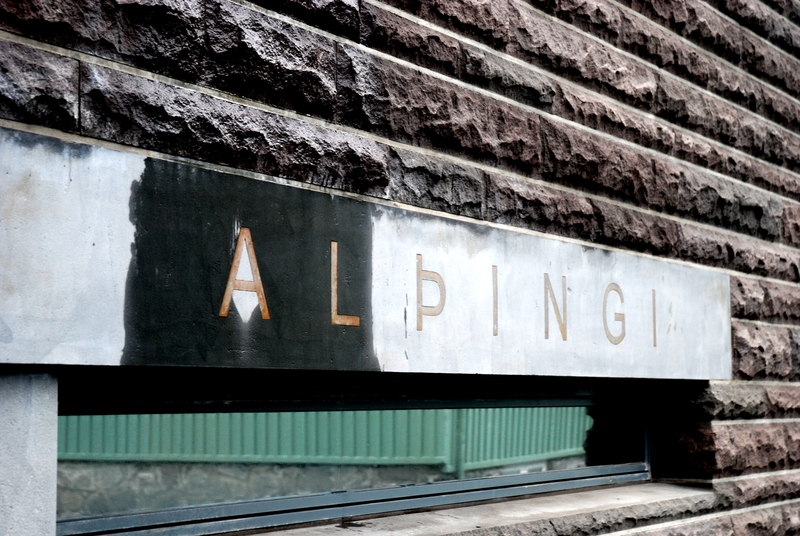 In recent years, attacks have been directed at various pillars of democratic society and the values that have prevailed in international relations since the end of World War II. At the same time, all humanity is facing dangerous developments and difficult challenges linked to the changes in the Earth's climate as a result of greenhouse gas emissions. Partly due to climate change, there is also a risk that biodiversity will be greatly reduced, to the inestimable damage of the natural world and humanity.

This is a time for states where the democratic tradition is strong, respect for human rights and the rule of law has deep roots and the desire for environmental protection is great to work together and stand up for these fundamental values.

The Presidency of Iceland in the Nordic Council 2020 will emphasise the need:

Fake news and its impact on election results and democracy in general have been much debated in recent years, particularly following the presidential election in the US in November 2016 and the Brexit referendum in the UK. Studies have shown that foreign parties have tried to influence elections by various means, including by distributing fake news.

Disseminating misleading and false information to damage opponents has a long history and has often been systematically used in disputes and conflicts between nations, groups and individuals. With the revolution that has taken place in networking and information technology, and not least the emergence and rapid growth of social media in recent years, this threat has taken on new and more ominous forms. Various information about users of net media can be gathered in order to direct at them customised fake news and propaganda that they are likely to be receptive to.

In some cases, fake news appearing on social media is not specifically intended to undermine democratic communities - its goal is simply to get users to click on a link and generate advertising revenue. The impact on trust and democracy, however, is much the same as in a propaganda war, where misinformation is disseminated in order to damage governments and institutions in open democratic societies and create political instability.

Clearly, governments alone cannot overcome this problem. What's more, measures aimed at increasing the resilience of society in the face of attacks must not sacrifice the freedoms and basic values that underpin democracies. The entire community needs to be mobilised to utilise the inherent strength of an open and free society where non-governmental organisations, businesses and individuals can thrive and prosper. All of these parties need to join forces to defend against this new threat

Independent and trustworthy media have long served as one of the main counterweights against propaganda and misinformation, but they have found it difficult to find their way in the new reality dominated by information technology and social media. Advertising revenues that were previously an important part of the financing of media operations now fall largely into the hands of international technology companies which are not subject to the same legal framework as professional and independent media. These factors hinder the media in fulfilling their democratic role.

During its Presidency of the Nordic Council, Iceland intends to encourage active discussion of the dissemination of false and misleading information by seeking answers to the following questions:

Extinction of species in the world is now increasing more rapidly than previously experienced, and it is clear that the loss of biodiversity is largely due to human action. A new UN report on biodiversity released in May 2019 states that a quarter of the world's animal and plant species is in danger of extinction.

The United Nations Convention on Biological Diversity (CBD) was adopted at the UN Environment Conference in Rio de Janeiro in 1992. The Convention has three objectives: protecting biodiversity, promoting sustainable utilisation, and ensuring the fair and equitable sharing of the benefits arising out of the utilisation of genetic resources. To date, 196 states have become signatories of the Convention on Biological Diversity.

The 1992 agreement defines biological diversity as "the variability among living organisms from all sources including, inter alia, terrestrial, marine and other aquatic ecosystems and the ecological complexes of which they are part; this includes diversity within species, between species and of ecosystems.”

In 2010, signatory states agreed on a Strategic Plan for Biodiversity which includes 20 global targets (the Aichi Targets) for its implementation by 2020. Among other things, they were intended to protect areas that were important for biodiversity and sensitive ecosystems. Around 17% of drylands and wetlands are to be protected, and around 10% of the ocean area.

Next year, the goal is to have the nations of the world adopt new biodiversity targets to replace the 2010 goals. At their meeting in April this year, the Nordic Environment Ministers agreed to send a joint letter to the UN emphasising the importance of showing ambition and enthusiasm to achieve those biodiversity targets taking effect after 2020.

Last year the Nordic Council adopted a proposal aimed at mobilising youth in the Nordic countries to give them a voice in drafting new international biodiversity goals in 2020. Meetings of young people are to be held in all the Nordic countries, followed by a joint Nordic congress at the beginning of 2020, where resolutions will be adopted on the goals that will be addressed to governments and the international community. After this the intention is to have the youth meet with representatives of countries and international organisations to express their views.

During its Nordic Council Presidency, Iceland intends to support this work and assist in communicating young people's resolutions and suggestions.

Biodiversity in the oceans

The 2005 UN Millennium Ecosystem Assessment identified a number of dangers to the marine biosphere:

The UN Intergovernmental Panel on Climate Change (IPCC) Special Report on the Ocean and Cryosphere in a Changing Climate, released in September 2019, states that the impacts are already affecting ecosystems along the coast, on high seas and on the seabed. Climate change, among other things, leads to warming of the oceans, which in turn causes rising acidity. This development, combined with other anthropogenic pressures on the oceans, can lead to biodiversity loss.

At the beginning of 2018, the Icelandic division of the Nordic Council submitted a proposal for Nordic co-operation on marine acidification research. During its Presidency year, Iceland will follow up on this and make an effort to ensure that, in discussion and setting targets for the protection of biodiversity, special attention is paid to the marine environment.

The importance of knowing and understanding the languages of Nordic neighbour countries is often pointed out and emphasised in agreements, programmes and declarations in Nordic co-operation fora.

Article 8 of the Helsinki Treaty, which serves as the basis of Nordic co-operation, states: “Educational provision in the schools of each of the Nordic countries shall include an appropriate measure of instruction in the languages, cultures and general social conditions of the other Nordic countries, including the Faroe Islands, Greenland and the Åland Islands.”

The Nordic Mobility Action Programme 2019–21, which was adopted at a meeting of the Ministers for Nordic Co-operation in Reykjavik in February 2019, provides for the Nordic Council of Ministers to promote greater understanding among Nordic residents, especially young people, of the languages and cultures of their Nordic neighbours.

Despite decisions and declarations of intent, studies suggest that mutual language understanding in the Nordic countries has tended to decline rather than improve in recent years and decades. This applies both to oral comprehension and the ability to express oneself orally and in writing. The latter skills are not least important for persons whose mother tongue is not a Nordic language.

In most countries, teaching of Nordic neighbour languages has been cut back at all school levels. For example, in 1999, English replaced Danish as the first foreign language taught in compulsory schools in Iceland. Recently, upper secondary education in Iceland was also shortened from four years to three, negatively impacting Danish language teaching, for example. Until only a decade or so ago, in Iceland there were visiting lecturers from Denmark, Sweden, Norway and Finland, and university studies were offered of Danish, Swedish, Norwegian and Finnish. Today all the countries except Denmark have abolished these positions: the Swedish lecturer's position disappeared only recently, and the Norwegian lecturer a few years ago.

While the situation certainly varies among Nordic countries, in most places knowledge of Nordic neighbour languages is diminishing and their status in the education system and society in general is weaker than before.

This development must also be considered in the light of the fact that English is becoming increasingly important in schools, scientific endeavour and other areas of society. While it was once common for Nordic residents to study in a neighbouring country and return home with a good knowledge of the language of that country, today graduate study in Nordic universities is often conducted in English.

However, not all the changes that have occurred in recent years and decades are negative with regard to language comprehension between Nordic countries. Technological developments boost opportunities for communication between Nordic people, for instance, in connection with education. Furthermore, the Internet has opened up new possibilities for the preparation and distribution of language study material, which have as yet only been used to a limited extent. There are opportunities here for Nordic countries and institutions to work together. An important aspect for improvement in this area is upgrading teacher education. Increased access between the countries to television, literature and other cultural material contributes to increased interest in the cultural activities of those countries and in so doing can increase and enhance language understanding. Obstacles to such access need to be removed.

Recently, the Nordic Council agreed to strengthen interpretation and translation in the work of the Nordic Council. This was in response to needs of Icelandic and Finnish MPs who find it increasingly difficult to engage in political debate which takes place in Scandinavian languages. In this the MPs reflect developments that have taken place in their countries in general, where there has been a decline in Nordic language skills. While the trend can possibly be reversed, it will require a major effort and could take years or decades to achieve results. Reality also needs to be faced up to, in order to ensure that Nordic citizens can all participate in Nordic co-operation, including those who do not know Scandinavian languages or other languages of neighbouring countries.

During the Icelandic Presidency in the Nordic Council 2020, the Icelandic division intends to focus on language understanding among Nordic countries guided by the following objectives: