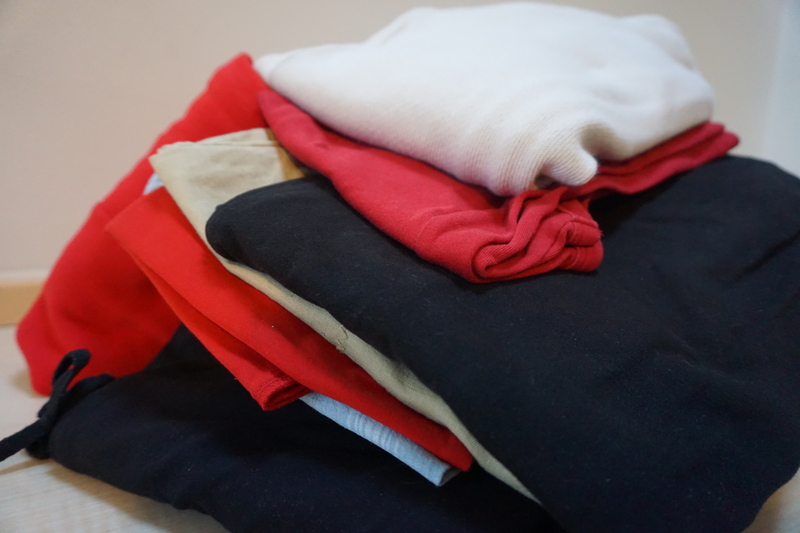 Photographer
Heidi Orava
Mail Facebook Linkedin Twitter Sign up to newsletter
Over 100 000 tonnes of used textiles are collected each year in Nordic countries. This is for the most part carried out by charities to fund their activities. Around three quarters of the collected textiles are exported for sale on global markets.

Over the past few years some commentators have likened this export from western countries to dumping; sending our worn-out clothing to developing countries where it undermines local textile industries or is simply abandoned on roadside dumps.

A new report just released by the Nordic Council of Ministers paints a much more nuanced picture and finds that benefits in general outweigh any impacts. There is room for improvement, though, and the report and accompanying policy brief include a list of recommendations for policy makers and charities.

The project team traced the 75 000 tonnes of exports to their end destinations as far as they could, via interviews with the 13 largest exporters. They then carried out deeper studies in three receiving countries; Poland, Malawi and Pakistan.

The majority of the textiles are first exported to countries in Eastern Europe. Here, they’re manually sorted mostly in efficiently run modern facilities into hundreds of different types, sizes and qualities before being sold on for domestic sale or re-export around the world.

‘One crucial finding that emerged is that for once economics and environmental benefits go hand-in-hand’ says project team leader David Watson, PlanMiljø, ‘The sorting companies have such tight margins that every single fraction that can be sold for reuse, is sold for reuse, and anything else that can be recycled, is recycled. Even the plastic bags that the textiles arrive in. Otherwise they just wouldn’t be able to pay for the sorting activities.’

The economics push used textiles to follow the so-called ‘waste hierarchy’ – a rule of thumb that says that reuse gives greater environmental benefits than recycling, which in turn is better than incineration or landfill.

Altogether the reuse and recycling of exported textiles from Nordic countries gives a global saving of 190 000 tonnes of CO2 and a reduced water consumption of 70 million cubic meters due to offset new production.

Another finding is that very little non-recyclable waste finds it’s way out of Europe. In particular the 12 000 tonnes of Nordic textiles that eventually find their way to Africa are all suitable for reuse. Most of them find their way to informal 2nd hand markets. Here locals can buy good quality clothing that many of them otherwise wouldn’t be able to afford.

The Nordic textiles alone are estimated to provide a living for at least 10 000 market traders and their families in Africa alone. The import thus plays an important role in poverty reduction.

The flipside of the coin is that the textile industries in much of sub-Saharan Africa have been in decline for the past two decades. Some place the blame on imports of second-hand, which in some countries arrive in greater volumes than imports of new clothing. However, the evidence also points to the gradual removal of import barriers on new clothing, which has led to increasing imports of cheap new clothing from Asia against which African industry can’t compete.

Due to WTO agreements, affected countries can’t increase restrictions on imports of new clothing but they are free to restrict imports of second-hand. A few countries have done just that but with little effect.

‘Banning 2nd hand imports are unlikely to protect local industries, and governments also risk shooting themselves in the foot by encouraging smuggling and losing income from import duties’ says David Watson, ‘ they also undermine the poverty reduction benefits that this import has.’

Tight economic margins in the business can encourage sorting and recycling companies to cut corners in workers conditions and wages. Therefore, the Nordic Council of Ministers encourages charities and other exporters to adopt codes of conduct that they also impose of their buyers. Many are already doing this and the practice is spreading.

‘We have also developed a code of conduct for collectors here in the Nordic Council of Ministers’, says Marianne Bigum, head of the Nordic Waste Group, ‘it’s being piloted right now, and we hope that this will become the industry standard in our region.’

The code of conduct also requires that used clothing is reused or recycled as far as possible. The economics already ensure that, but these could change again in the future.

‘The findings of this report is good news. It means that people can donate their used clothing to charity without worrying that it is doing harm’ says Yvonne Augustsson, NCM’s coordinator for the project, ‘but people should also remember to buy second-hand also here in the Nordic countries,.’

The study of Nordic export of used textiles is a result of the of the Nordic prime ministers’ Green Growth initiative. It has been carried out on behalf of the Nordic Waste Group by a Nordic consortium led by PlanMiljø (Denmark), and including Ramböll (Sweden) Mepex (Norway) and Force Technology (Denmark). 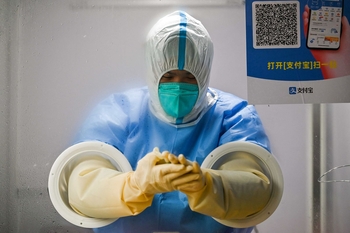 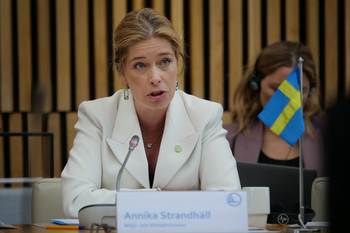