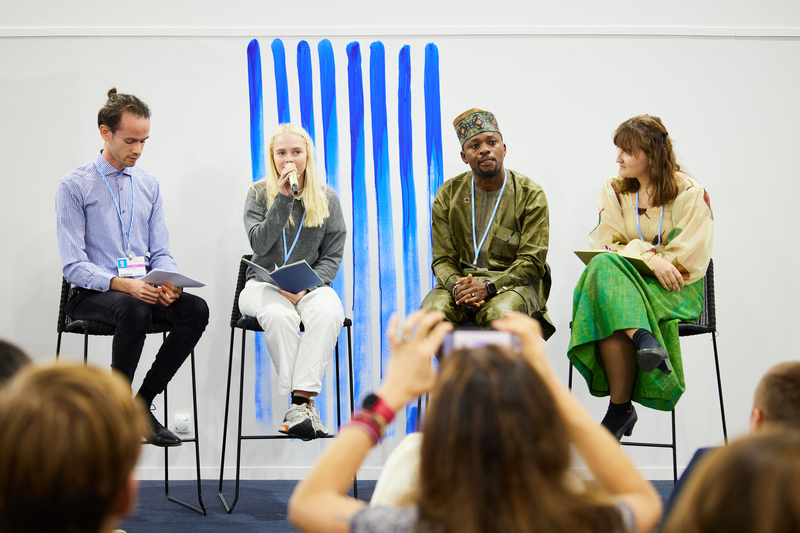 Photographer
Andreas Omvik/norden.org
Mail Facebook Linkedin Twitter Sign up to newsletter
In the Nordic pavilion, COP27 kicked off with a debate in which young African and Nordic climate activists shared their hopes for the UNFCCC negotiations. The focus was on the involvement of young people, real actions here and now, and better systems for making decisions. Now that the end of COP27 is approaching, young people will soon reflect on whether their hopes were fulfilled.

There was both criticism and hope as young climate activists met for a debate in the Nordic pavilion about their hopes for the UNFCCC negotiations. Matilde Angeltveit, Norway’s youth delegate to the UNFCCC, led the debate by pointing out that there are models for the involvement of young people in the Nordic Region. She hopes to inspire other countries to trust that young people are a constructive partner in the UNFCCC process, and to extend this involvement to include children. Olumide Idowu, a delegate from Nigeria and member of the Climate Youth Negotiator Programme went one step further and hopes that there will come a time when young people aren’t only listened to, but that they will also take part in making decisions in the UNFCCC negotiations. Elise Sydendals, member of the Danish Youth Climate Council, hopes that a more diverse group of young people will get involved. She was also critical of the the fact that she doesn’t always feel that the voices of young people are taken on board by the politicians, and she hopes that better systems will help ensure this:

“Although the will is there, the mechanisms to ensure that young people are heard aren’t,” said Elise Sydendal, member of the Danish Youth Climate Council.

Real action and not just a bunch of promises

“My hope for the UNFCCC negotiations is that they will lead to real action and not just a bunch of promises, and that there will be more global solidarity, so that those who have the resources take greater responsibility,” Elise also said. The point about real action was followed up by Olumide Idowu. His hope is that the decisions made really will be implemented at the national level once COP27 has finished.

Although the will is there, the mechanisms to ensure that young people are heard aren’t

The moment of truth is near

Now that the end of COP27 is approaching, young people will meet again to reflect on whether their hopes have been fulfilled at the final debate in the Nordic pavilion, REFLECTIONS – Break down the barriers, on 17 November from 12:00 to 13:30 (EET), Area C, P90. The event will be streamed live at the link below. 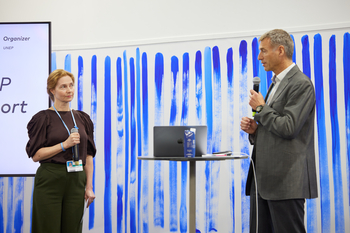