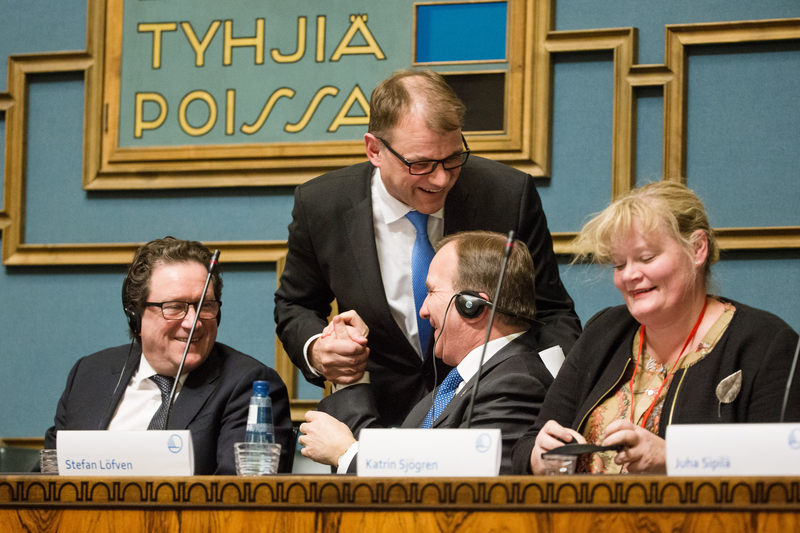 Photographer
Magnus Fröderberg/Norden.org
Mail Facebook Linkedin Twitter Sign up to newsletter
The Nordic Region must remain the most integrated region in the world, according to the five prime ministers. But what does that mean in tangible terms? Do they support the proposal for a Nordic e-ID, for example? “Yes!” was the loud and clear response from Juha Sipilä, the Prime Minister of Finland, at the summit in Helsinki marking the start of the Session of the Nordic Council.

Lasting two hours and featuring political leaders from all eight constituent parts of the Nordic Region, the summit provided a great opportunity for the members of the Nordic Council to hear what the prime ministers have to say about topical issues in the Region.

Trust and freedom of movement

The theme for the debate this year was trust and freedom of movement – two of the keys to turning the prime ministers' vision of the Nordic Region as the most integrated region in the world into a tangible reality.

The debate provided the members of the Nordic Council and other listeners with an opportunity to understand what exactly the vision entails. The range of questions to the prime ministers and ministers for Nordic co-operation covered railways, labour market policy, integration of refugees and the future of Nordic co-operation on defence.

It was clear that the PMs want to raise the level of ambition, even although the path to realising the vision has not been fully scoped out.

“The results of our work need to be visible in everyday life for you and me. The European Union has done important work to increase mobility, but the EU stands at a crossroads and a clear Nordic lead is important,” said Erna Solberg, the Prime Minister of Norway.

Setting the tone in the EU

The Norwegian premier also predicted that Nordic climate and energy solutions will soon be taken up at European level and that Nordic digital co-operation will set the tone in Europe.

The new Nordic Council of Ministers for Digitalisation will spend 2018–2020 developing the digital inner market in the Nordic/Baltic region – a prime example of how the Nordic governments intend to work together, according to Karen Ellemann, the Danish Minister for Nordic Co-operation.

“We need to be vigilant and think in Nordic terms when devising digital solutions so that we don’t create new barriers to freedom of movement. We have already made great strides towards integration in the Nordic Region. but we need to go the extra mile to boost mobility and dynamism as well,” added Ellemann, who was standing in for the Prime Minister of Denmark at the summit.

Earlier in the day, the ministers for Nordic co-operation had agreed to beef up the remit of the Freedom of Movement Council. A study is currently being conducted of the potential for working together on legislation in ways that will prevent new barriers to cross-border freedom of movement from arising.

It was Anna-Maja Henriksson of the Centre Group on the Nordic Council who asked whether the prime ministers would support the proposal for a Nordic e-ID.

“The answer is yes! Of course we will support this development but multiple different processes are ongoing,” said Juha Sipilä, the Prime Minister of Finland.

The Nordic countries have chosen different paths when it comes to the EU and NATO, and the vision of an integrated Nordic Region should have little impact on those choices.

“There are many differences between the countries but what has always propelled Nordic co-operation forward are all of the things that we have in common,” said Kristján Þór Júlíusson, the Icelandic Minister for Nordic Co-operation.

The main pillar of the vision of being the most integrated region in the world is generating jobs and growth for the people of the Region, but it has an international aspect as well.

“We live in a period of global challenges, and we – the Nordic countries – must assume an increasingly important role on issues such as security in neighbouring countries, peacemaking efforts at global level and the transition to a sustainable world,” said Stefan Löfven, the Prime Minister of Sweden.

“International co-operation needs a strong Nordic voice  because we have important contributions to make,” he added. 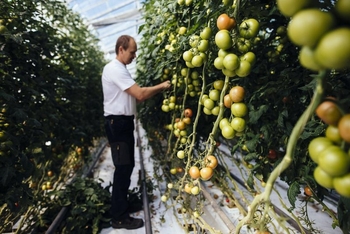