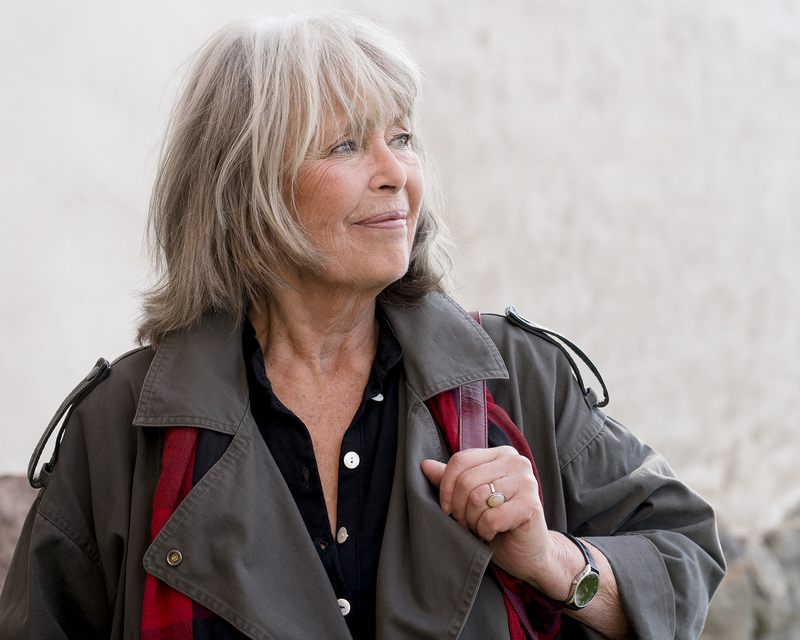 Agneta Pleijel (born 1940) has worked in most genres – as a dramatist, poet, literary critic, and novelist. Her breakthrough came in 1987 with Vindspejare, a novel loosely based on her own family’s history in Sweden and Java. Her family was also the starting point for her trilogy of historical novels – Drottningens chirurg, Kungens komediant and Syster och bror – which she wrote in the early 2000s. In Doften av en man (in English, “The scent of a man”), Pleijel portrays her own life. The novel is the second in an autobiographical series that begins with the critically acclaimed Spådomen (2015).

As its title suggests, Doften av en man revolves around men, but very superficially. To the protagonist, a young woman at the beginning of her career and her adult life, men are a means and a measure rather than an end in itself. It’s the early 1960s and the young woman has just moved to Gothenburg to read literary science at the university. Her new life is quite lonely but never boring. She studies, reflects, makes new acquaintances, and writes letters back home. The decaying marriage of her parents, which is at the heart of the previous memoir, Spådomen, continues to cast a shadow over the young woman’s perception of herself and of love. Throughout a long series of infatuations and more pragmatic romantic encounters with both sententious young men and jovial professors, she tries to deal with her own lack of self-esteem and her desire to please others and live up to expectations. At the same time, she applies herself purposefully so as to make her mark first in the male-dominated university world and then as the only woman on the cultural editorial team of the newspaper Aftonbladet.

Doften av en man is a feminist development novel; a loving, multifaceted, and humorous depiction of a young woman trying to be happy as herself. It is also a living document of an epoch when the woman was to liberate herself both sexually and professionally, but was still mocked if she believed herself to be a man’s equal. “I behaved as if I believed I was worth just as much as a man,” writes the older Pleijel about her younger self. And thank you for that; otherwise we might never have had the pleasure of Pleijel’s intelligent, courageous, and deeply moving authorship.