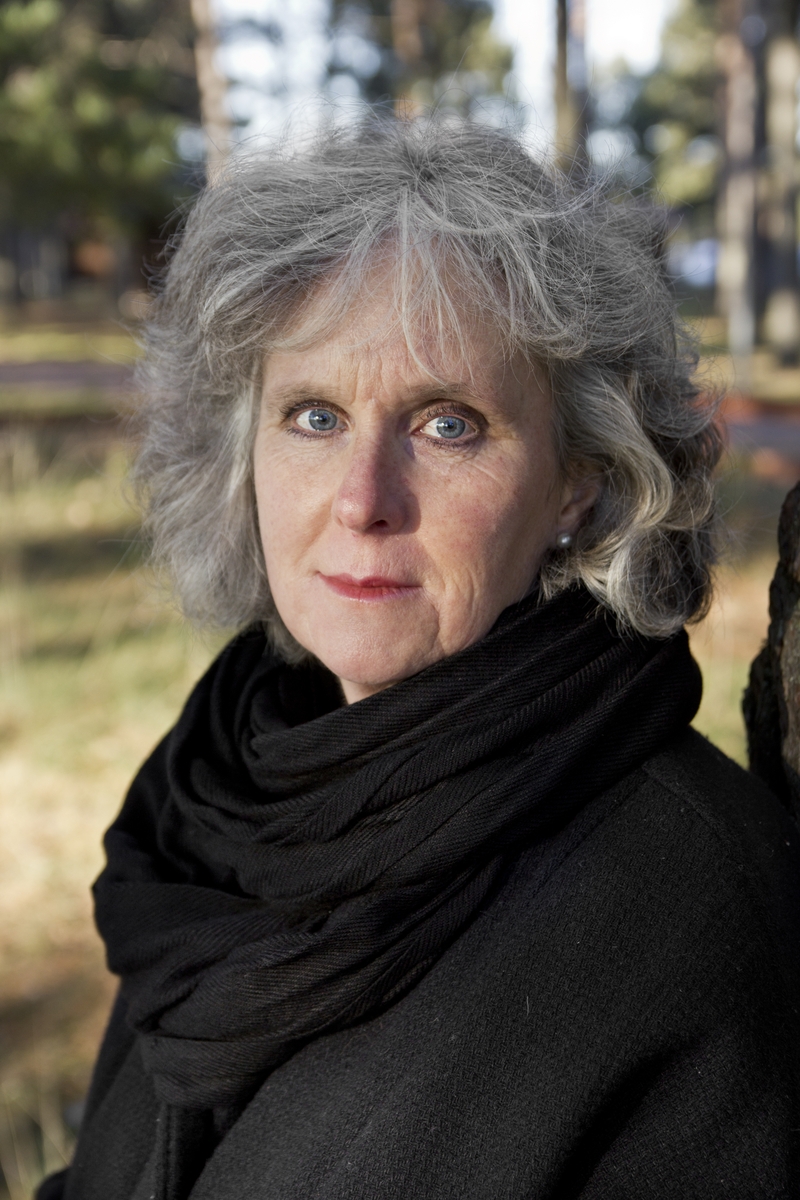 Birgitta Lillpers was born in 1958 and lives in Orsa, Dalarna. A writer of both poetry and prose, she made her debut in 1982 with the poetry collection Stämnoja. Anteckningar om hö (in English, “Notes on hay”) is her thirteenth collection. Lillpers has also published six novels. She is a very important writer and has won several major literary prizes. In 2008 she was nominated for the Nordic Council Literature Prize for the poetry collection Nu försvinner vi eller ingår (in English, “Either we disappear or are part of it”) (2007).

There is a clear, musical tone in everything Lillpers writes. It’s as if the “dålmål” dialect, which almost resembles singing, has been dropped into the text to enhance its intimacy and beauty. This, despite the often ulcerated content, lends warmth to the text. The pain and beauty both become even more visible. Lillpers lives on a farm. The farm’s environment – the agriculture, animals, and plants – and site history, as well as the nearby mining sites, often have a strong presence in her books.

But her locations are not limited to the countryside. They also include factory environments – especially those that are archaic or traditionally associated with women’s work and crafts – as well as a degree of scenography and some dynamic elements such as music and the visual arts.

Lillpers is always very personal in her poetry. Whether she’s writing about an environment, work, sparsely populated areas, or movements of the soul of mankind, she draws on experience. The language, the tone, everything – like a hand trying to sense how things feel – bears witness to this.

Anteckningar om hö is a complex work with a layered story. The title is reminiscent of the Swedish hymn “En vänlig grönskas rika dräkt”, which states “Allt kött är hö, allt flyktar här / och snart förvissna gräsen”, which in turn refers to the words in the book of Isaiah in the Old Testament: “As for man, his days are as grass: as a flower of the field, so he flourisheth.”

These are notes about the work on a farm, gathering hay, the nature of grass, poems from the old converted industrial area of Ancoats in Manchester, and a story about living through a difficult period of illness. In a prose poem, she writes:

What I really want to tell you about is: a condition during the afternoon. /…/ Can I explain so that it is comprehensible? It was magnificent and frightening. As if having taken a strong dose. As if being close to something with no base or walls.

The dreamlike statement of the self’s “condition during the afternoon” resonates throughout the book as a whole. In Lillpers’ work, the soul and the spiritual are always very close to everyday objects. The dividing line between the two is very thin: this is the world. Or rather, the constructed experience of it. Similarly, the harshness of life, pain, and fear verge very closely on the beautiful. The magnificent and the terrifying presuppose one another.