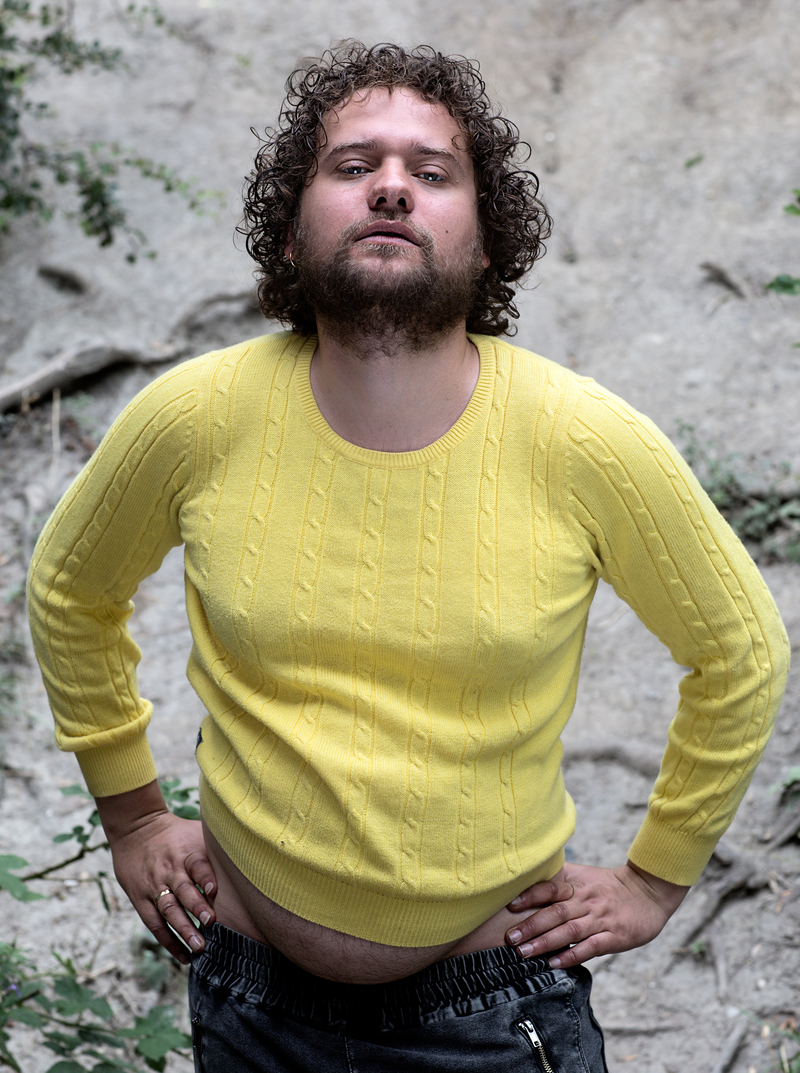 Ming is a poem about grief and fragility, told with a moving linguistic strength.

Ming is something irreplaceable that may fall to the floor and shatter into a thousand pieces.

And Ming is what Flemming, the lyrical subject’s dead father, was called as a child: The Ming haunts the boundless space of this collection of poems, in which inner and outer reality merge.

Bjørn Rasmussen was born in 1983 and is a playwright, prose writer, dramatist, and poet, as well as a central figure in the wave of new Danish poetry, which is society-oriented and characterised by a distinctive personal voice.

He made his debut in 2011 with the endlessly beautiful, violent, and formally innovative novel Huden er det elastiske hylster der omgiver hele legemet (in English “The skin is the elastic sheath that surrounds the entire body”) followed by the novel Pynt (in English “Decoration”) in 2013. Ming (2015) is the author’s first poetry collection.

Ming consists of five sections separated by jet-black pages that give structure to a plot stretching from January to May and describes the anxiety and psychosis of the lyrical subject’s day-to-day life living in an allotment shed with the man he is getting married to. A short prologue poem opens the collection

with a mixture of simplicity, surrealism, and the intense body-based metaphors so typical of Rasmussen’s language, the effectiveness of which is enhanced by his mastery of the classic stylistic technique of enjambment, and his seemingly subdued but nevertheless world-unfurling comparisons:

“Crying like a sewing machine” is such a powerful image of the mechanically stinging pain that grief brings, and the joy that has elicited the tears is as complex as the experience of only being able to meet one’s late father by not taking one’s anti-psychotic drugs – something which the subject often doesn’t do and which results in his hospitalisation, giving rise to a formidably delicate description of life as a psychiatric patient.

Rasmussen’s poetry is written from a place very rarely written from. From the fragile and painful reality of grief and mental illness, in which there is still so much love, sensuality, and beauty. Also, it reminds us of the breadth and power of the heteronormative matrix. It shares a unique sensitivity with us and opens our minds to the strength of fragility:

Here the reader is compelled to answer the lyrical subject. It is anything but stupid to write a poem that speaks from a completely different place than one we immediately recognise. When life falls to the floor and shatters into a thousand pieces, when you can hardly get out of bed, take a shower, nor even contemplate using public transport, when you “lie freezing on the floor / like a piece of bell pepper”, then there’s no certainty you can write anything at all. But if you can, and your name is Bjørn Rasmussen, writing can become a wonderfully poetic response.