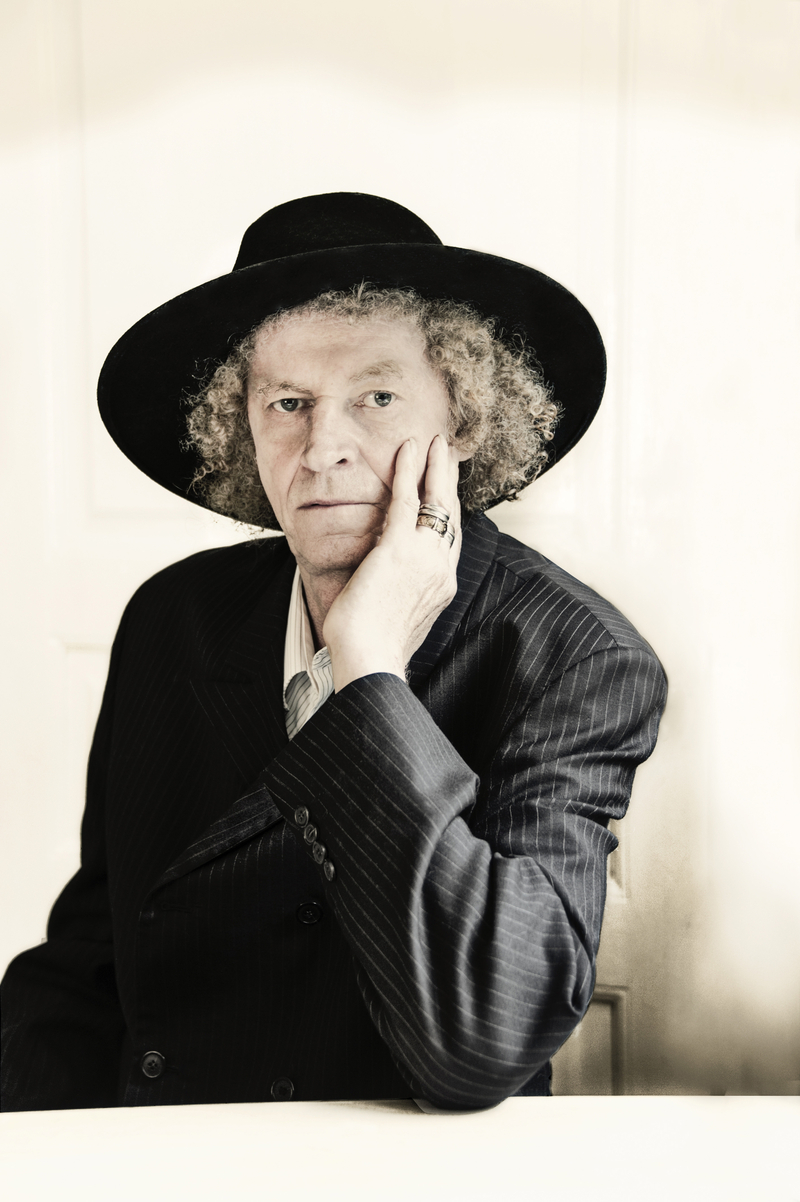 a raindrop in the rain

a castle in the sky

where life moved in

with a bad dream

What does it mean to affix the soul of a generation to paper? To be within and one with the movement of time and one’s milieu, while also uncompromisingly claiming integrity and independence? One can interpret Öijer’s poetry in this way, as the spiritual movement and heartbeat of a generation, simultaneously immutable yet always in a state of change.

Öijer was born in 1951 in Linköping but has lived in Stockholm for many years. His 1973 début, the poetry collection Sång för Anarkismen, has been followed by the publication of eleven poetry collections and one novel. There have also been several editions of Samlade dikter. He has also released a record, Skugga Kommer (LP 1986, CD 1999). His latest collection is Och natten viskade Annabel Lee (2014), in English “And the night whispered ‘Annabel Lee’.” Öijer is the recipient of several prestigious literary prizes, including the Kalleberger Scholarship (1991), the Carl Emil Englund Prize (1991), the Bellman Prize (1999), the De Nio’s Grand Prize (2002), the Erik Lindegren Prize (2002), the Doblougska Prize (2010), the Aniara Prize (2012), and the Ferlin Prize (2013).

He achieved considerable fame early on in his career, winning readers from among young intellectuals, including those looking for an expression of an ecstatic attitude to life with roots in Romanticism, early Modernism, American beat, and rock music.

There is a strong affinity between Öijer and the poets of these movements. Yet he has always remained independent and, with increasing authority, he has broadened and consolidated his poetic landscape that is childhood, memory, and a feeling for life based on a strong awareness of the susceptibility and vulnerability of a fragile life. All of the above culminates in a poignant and powerful expression in Och natten viskade Annabel Lee. The poems are memories of people, of the dead and those beyond the horizon. We see the child in its dual role as a being both vulnerable and perspicacious. They are about pain, light, darkness, the search for an identity. In the lengthy concluding poem, “Everyone was there”, shabby figures from the modernist generations pass through a Café Vieux Cimetière in which Poe again and again whispers the same name, Annabel Lee, Annabel Lee. The collection is a summation and a view across a landscape that will be new. For after the dreamlike night which is the collection of poems comes a new day, a new world.

Öijer has always had a very vivid linguistic expression. The imagery is intense, in the earlier collections almost stroboscopic, before becoming increasingly concentrated in his later work with its greater emphasis on day-to-day life as a leading element.

A reading of Öijer’s work goes to show that he has always been faithful to his vision of passionate poetry. And that he has been able to develop and deepen this vision, allowing it to carve its own path, the journey of souls, one’s own and others, to create a truly poignant poem.