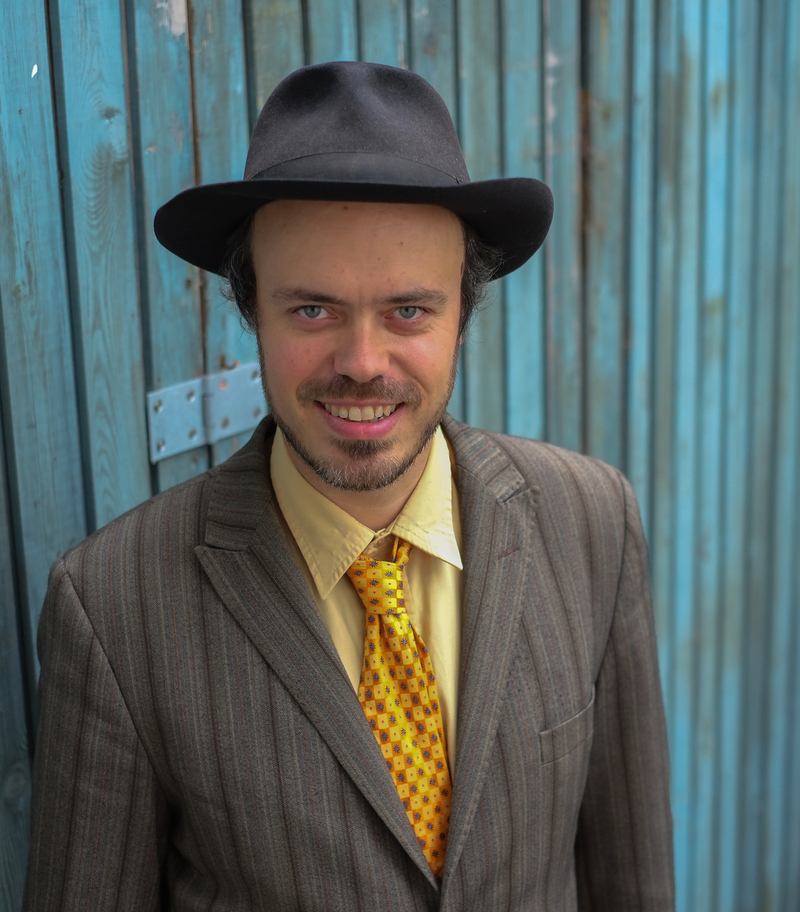 Eiríkur Ørn Norðdahl is one of the most prolific and versatile writers in modern Icelandic literature. Lovers of avant-garde poetry, both at home and abroad, know him for his experimental exploring of boundaries with tangible poetry, digital poetry and spoken-word happenings. He has also published four novels and is a very active commentator and author of essays, chronicles and debates, both online and offline. Eiríkur Ørn made his début with the collection Heilagt stríð (Jihad) which he self-published in 50 copies in 2001. Since then, there have been four novels, several translations and editorial projects and at least six collections of poetry. Much of Eiríkur Ørn's poetry exists only on the internet or as performance.

Eiríkur Ørn's versatile talent as a writer unfolds in different ways in the nominated novel, Illska. Illska is a great novel by any standards. It is a brick of a book, but also large in its scope, its ambitions and the choice of the philosophical and historical problems it puts under debate.  The narrative style is polyphonic and can seem chaotic, but the narrator turns out to have a tight grip on all the reins. Basically Illska is a European historical novel and an Icelandic contemporary novel, but it is also packed with poetry, prose - which alternate between philosophy, history and political theory - metatextual experiments and games of different formats.

The two main threads that are woven together in Illska meet in the main character, Agnes Lukauskas. Agnes is the child of Lithuanian parents who immigrate to Iceland long before people began pouring into the country from Eastern Europe after 2000. She was born in 1979 and raised in Kópavogur, a suburb of Reykjavík. As an adult, she is obsessed with World War II and the Holocaust. Her interest stems from her personal background. Her family comes from the small town Jubarkas in which five thousand people lived at the beginning of World War II, half of them Jews. After the war, there were no Jews left. Her ancestors stood on either side of the line that separated executioners and victims, her Jewish great-grandmother and great-grandfather were killed, her uncles and her great-grandfather was among those who killed them.

Agnes is a historian and working on a dissertation on right-wing populist parties in Europe. She has a boyfriend, the linguist Ómar, but she is cheating on him with the most unlikely candidate, the out-and-out Nazi Arnór, who is also a historian.  In the novel, their stories, their upbringing in various places in Iceland, their love stories and, in particular, the story of Ómars's escape from his life. When he discovers Agnes' infidelity, he burns down their home, runs away and roams around Europe fleeing from himself and the consequences.

The novel's two timetables partly reflect each other, but only partly. Even though evil exists everywhere and in all ages, it is not some monotonous being. The evil we encounter in Eiríkur Ørn's novel has many faces and many nuances and it exists in all possible formats, in history, in our time, in actions, language and thoughts and it is described, reflected upon, analysed and ridiculed.

Illska is a novel of dimensions and it uses all possible technical means and tricks, but it is also spell-binding and politically and historically engaged.