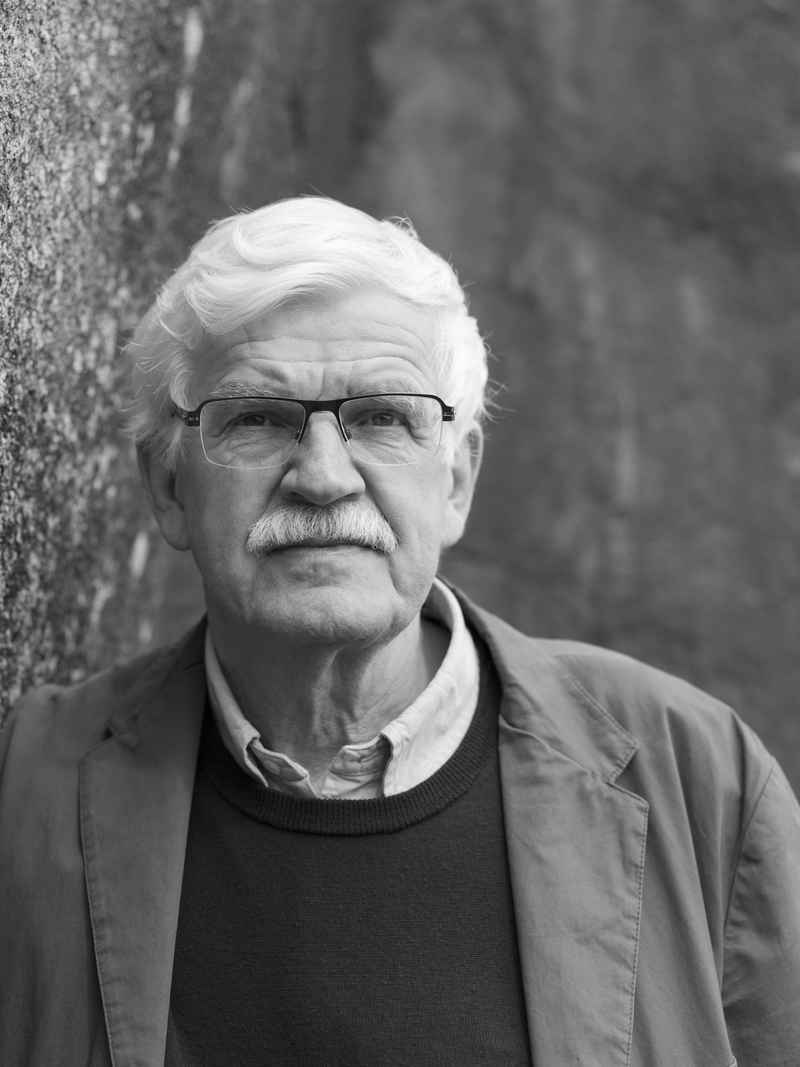 Gunnar D Hansson is a poet, essayist, and literary writer. He is a lecturer in literary science and has been a professor of comparative literature at the University of Gothenburg. He is also a translator of Old English and Old Icelandic poetry. Since his debut in 1979, he has written a number of essay collections and twelve poetry collections. Hansson’s dissertation in literary science was about the author Lars Ahlin. He has been awarded several prestigious literary prizes, both for his poetry and for his essay works.

Hansson’s lyrical authorship transcends genre. In his poetry collections he seems to move freely between the deeply personal and the more universal human nature, all the time demonstrating great literary and philosophical erudition, humour, warmth, and a good measure of human experience. Hansson’s collections are unparalleled in Swedish poetry, in terms of both originality and literary quality.

His work is rooted in both present and past, in ancient Nordic tradition and even beyond. He grew up on Sweden’s west coast, in Smögen, Bohuslän. In several of his works, such as Olunn (1989), Lunnebok (1991), and Idegrans Islands (1994), Hansson devotes himself to the nature and wildlife in and around the sea. The poems in these and other collections are like essays while also being deeply lyrical, erudite, and insightful. He demonstrates an ability to expand the outer subject of the poem and almost alchemically transform it into something of a more existential nature.

Tapeshavet is the name of an old stretch of coastline that formed on Sweden’s west coast after the last Ice Age. During the Stone Age, the sea was laid out in a completely different way than before, and a plethora of finds relating to both human and marine life confirm this.

Hansson’s book Tapeshavet is a multi-dimensional journey through time, space, and thought. He explores the areas of Tapeshavet, their history and nature, the remains of lost cultures, and fishing and stone carvings. Right before the reader’s eyes the book reveals a unique, wayward, and fascinating landscape and expands into a deeply personal geographical and topographical exploration. It is a life story, a local history, a literary essay, a poem and an insight into its creation, an autobiography, and a cultural history. Hansson demonstrates sophistication and narrative zest in his writing.

And throughout it all it encapsulates us and our time, and we can see that everything is found in everything.