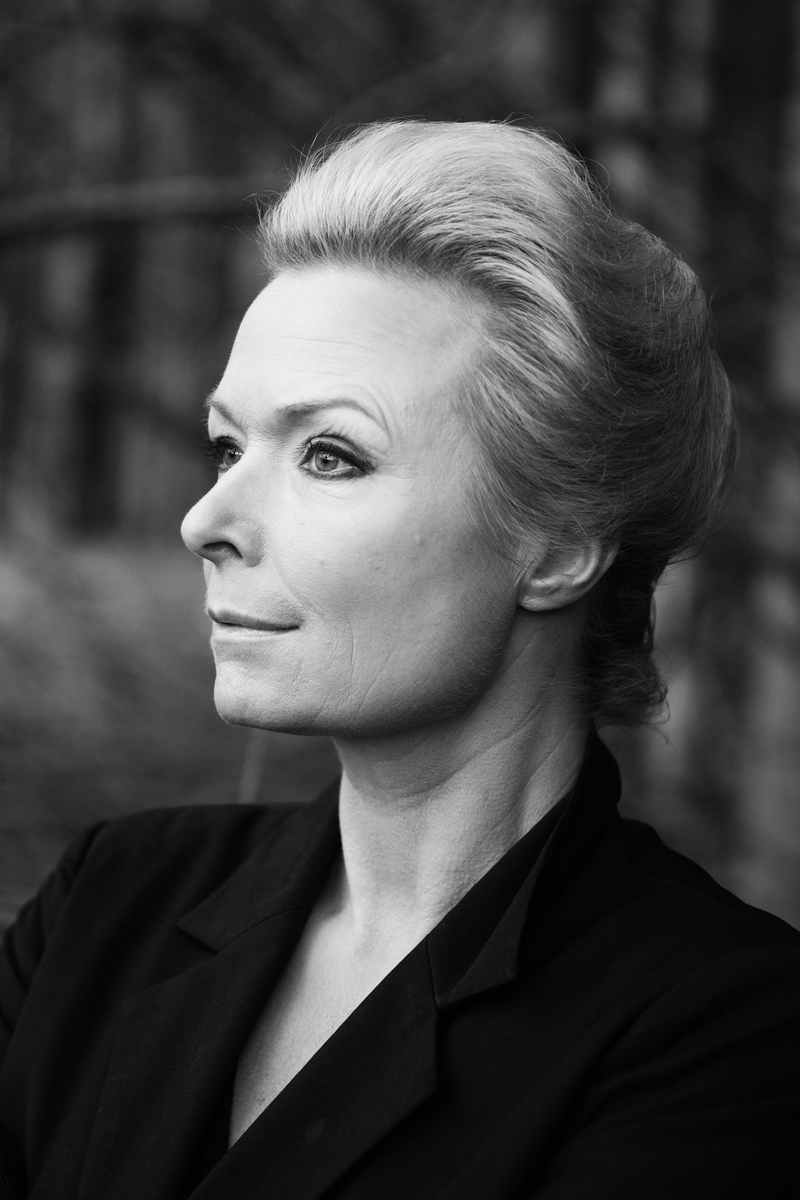 Helle Helle has been inspiring her readers with novels and short stories since 1993. Using only a few words, she manages to paint subtle portraits of unremarkable existences. Helle’s characters and narrators are people of few words, but every sentence rings absolutely true. The way she portrays her characters is not only very special, but also humorous and caring, and she approaches each of the few words they utter with considerate sympathy.

Hvis det er (in English, “If you want”) is a frame story, and this frame is more dramatic than what we are used to with Helle. From the very first page we find ourselves in the vast forests of Jutland. The narrator is lost: “I’ll make it brief; I don’t know what to do. I’m lost in this huge forest. I don’t know much about forests; I’m not nature’s merry son. That’s what the others said yesterday over coffee. But here I’m under the giants of Jutland, in ‘running shoes’ as they’re known.”

The few words “as they’re known” draws attention to the language; the element of distance, which is also a new closeness to an ordinary word that both leaves us chuckling and causes our ears to prick up. The self’s own narrative language is also discreetly made into an object for our attention: “Do not use the word not often”, which is contradictory following the repetition of “not”. “But, but, but”, it says after the narrator has already opened three sentences using “but”.

In this way Helle’s prose creates the same relationship to the words as to the characters themselves – they are both comical and lovable. We are both amused and moved by their awkwardness, inadequacy, and meaningful meaninglessness.

The narrator is not lost alone; from the first page there is also a woman on the forest trail wearing a headband, a sweat jacket tied around the waist, and chewing gum. The two join together and the situation soon turns critical: a raging blister, impenetrable darkness, freezing cold, no mobile signal, the hooting of owls, the distant sound of an ambulance. Exhausted and bruised, the two huddle up under blankets left behind in a shelter, and then something happens that is reminiscent of Boccaccio’s Decameron: in exceptional circumstances, someone begins to narrate. It is not entirely clear who this “someone” is: Subtly and imperceptibly we glide from the dialogue between the narrator and the woman, to being told about the woman’s past in the third person. We can think of it as a kind of indirect speech, as something the woman tells her lost companion while they wait in the cold, dark forest trying to keep warm.

As dramatic as the setting of the story is, the self is undramatic in equal measure: the woman is living as a youngster in a shared flat and moves away, her love unfulfilled for her flatmate Christian, with whom she is reunited several years later at a market in Hamburg. Love blossoms between them and she becomes a talented employee at his parents’ furniture store and stepmother to his son. She now works in the clothes store of her old friend Torben on the high street of a small provincial town in Jutland. That’s it. However, it’s not just anyone telling the story. It’s Helle Helle.

With attention to detail, in particular the awkward details, Helle succeeds in producing an unforgettable impression out of this seemingly forgettable life. All that this grubby lunch service woman leaves to pile up in her desk drawer at her first job as an (inept) office clerk. The shared flat, always resonating with laughter – a bulwark against her dismal job. The yellow and brown mosaic tiles on the bathroom floor, the solidified yoghurt in the fridge door, the guy at a party who suddenly ends up with a sink in his arms because he wanted to wash his feet in it in his drunken excitement. The not entirely successful attempt at painting white the cherry veneer of the apartment in Svenstrup (“She has no idea what she wants in Svenstrup”). Her loving happiness with Christian and her stepson Buller is encapsulated in a banal Saturday dinner: “In the evening they ate roast beef with potatoes. She held every mouthful of red wine in her mouth. It was so round and dark.” Love’s withdrawal: “She got a clock radio from Christian for Christmas.” Love glides imperceptibly from abundant infatuation to distance and irritation.

When reading Helle, one can easily feel like moving into her prose and just staying there, in that way observing people, listening to their taciturn voices with the attention they deserve, sharing their warped memories of seemingly meaningless details. It is reticent, efficacious prose.