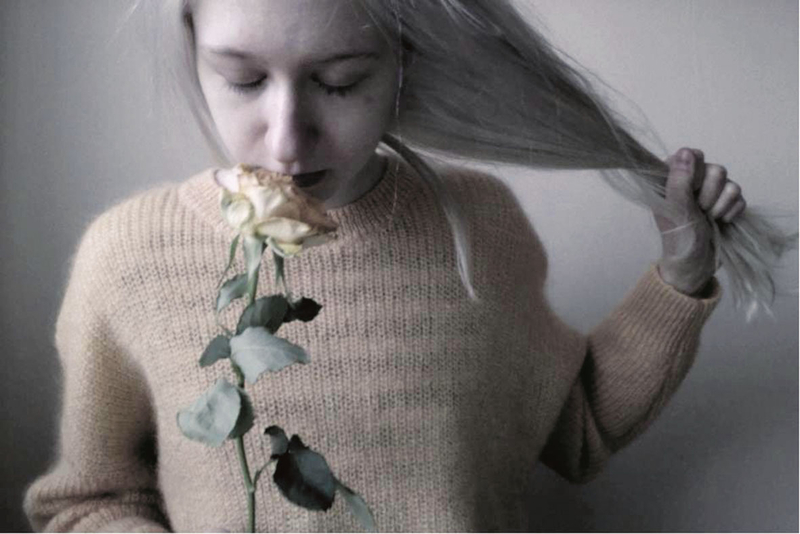 “What you can't talk about, you must keep to yourself.

What you can't talk about, you must be silly about.

Nonsensprinsessans dagbok (in English, “Princess Nonsense’s Diary” - unpublished) has two authors. One, Isabella Nilsson, is severely ill from anorexia and has just promised her mum not to kill herself within the coming year. The other author, Princess Nonsense, is the one who helps her to keep her promise. In a diary that extends over this twelve-month promise, day-to-day stories of the illness, at eating disorder clinics and in psychiatric departments, are interspersed with wordplay that is anything but ordinary as well as nonsense poetry, verse, and pure silliness.

Princess Nonsense - the alter ego who appears when the writer’s anxiety and paranoia make all logical thinking impossible - uses language as a tool, or perhaps rather as a magic wand. Although it’s impossible to reason with a troubled mind, you can occupy it with rhymes and jingles, riddles and word puzzles. As Princess Nonsense, Nilsson demonstrates a linguistic dexterity, not to mention ingenuity, that makes the reader look at the language in the world in a new light. Although the work is deeply rooted in both traditional verse and the artillery of Western literature, she lovingly turns these giants on their heads. She transforms alliteration into an extreme sport, tarts up hackneyed maxims so that they sparkle once more, and modernises the mocked art of aphorism.

Yet these glittering lines of poetry are fighting death and tell a story of the darkest, most arduous, and completely prosaic condition that is illness. There is nothing magical or meaningful about starving yourself to death, although perhaps there is when it comes to your methods for staying alive. Nonsensprinsessans dagbok is not only playful poetry, it is also a way of staying alive. It is extremely funny, yet it is an unsettling reminder of the limitless potential of language to make human existence marginally less excruciating.

Isabella Nilsson was born in 1989 and lives in Skövde. She made her debut in 2011 with the novel Verklighetsprojektet (X Publishing) (in English, “The Reality Project” - unpublished). She has also translated into Swedish nonsense poetry by Lewis Carroll (Snarkjakten, Ellerströms, 2014), Edward Lear, and Mervyn Peake. Together with illustrator Kristin Lidström, Nilsson has published Det hungriga slottet (X Publishing, 2013) (in English, “The Hungry Castle” - unpublished) - an absurdist storybook for adults.