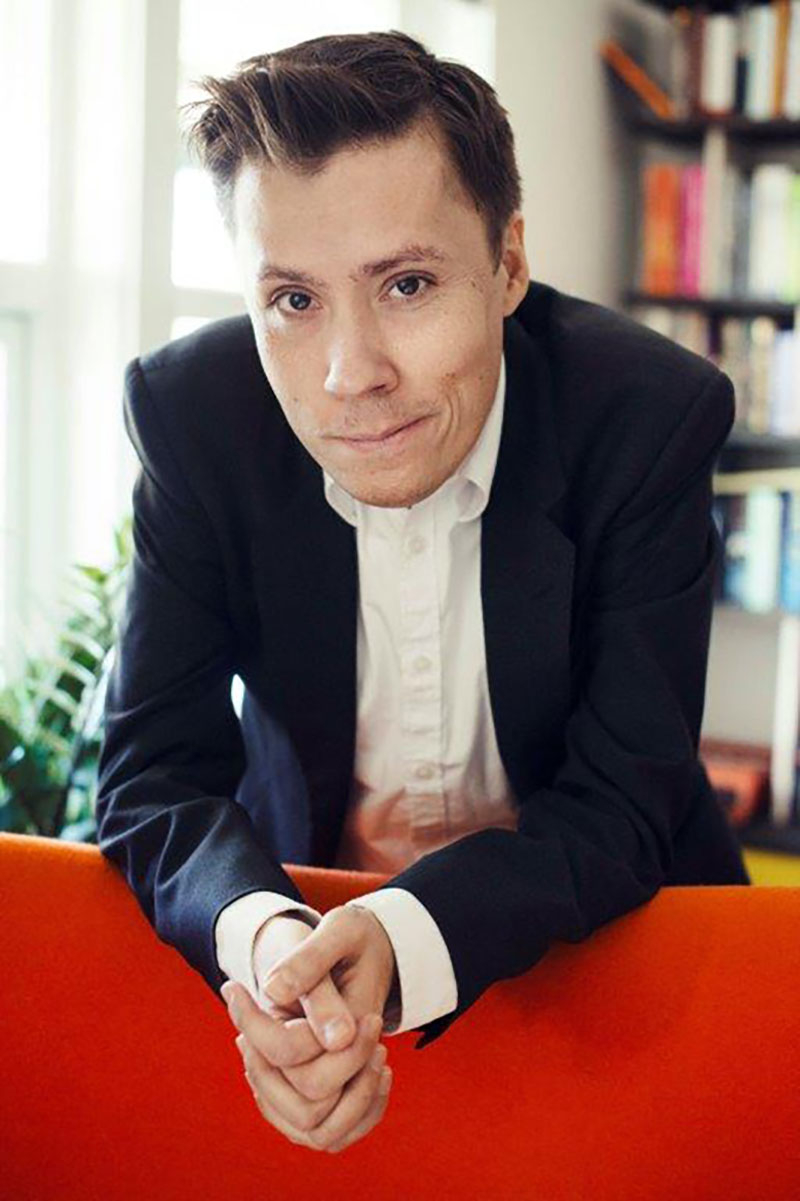 “Our life together is not an illustration. It is not a demonstration of a moral or philosophical point. We are not the solution to an ethical dilemma.” These are some of Jan Grue’s more poignant words in Jeg lever et liv som ligner deres (in English, “I live a life like yours” - sample translation available via Norla) in his portrayal of his own and his family’s life in the most individual of ways that also opens up a raft of political, philosophical, and ethical lines of thought and problems for discussion.

Born in 1981, the author has previously published a number of textbooks, two children’s books, four compendia of short stories, and one novel. Here he ventures into an essayistic factual prose, which experiments at the boundary between the personal and the academic, and which demonstrates the possibilities that lie in autobiographically based literature.

Grue was born with a rare muscle disease, and the book opens with the phrases he is often met with when people who knew him as a child meet the successful, well-dressed father of young children and academic in a wheelchair that he is today: “You’re looking so well!”  Subliminally: “Are you still alive?” “I didn’t think you’d make it this far.”

As a child of academics living in a villa in one of the best areas of Oslo, Grue has seen both sides of the coin and doesn’t hesitate to portray himself as both privileged and different:

“Two contradicting truths can live side by side. I am privileged and vulnerable. I have worked hard and needed help. I have got to where I am thanks to my own efforts solely because I live in a society that recognises these efforts and supplements them as needed.”

Allowing oneself to be vulnerable is also a privilege that not everyone can enjoy, something which Grue uses in the book to paint a picture of a whole human being. He achieves this by using a wealth of different sources - not just his own memories but also the pile of documents produced about him over the years by doctors, the healthcare sector, and schools. Grue allows his own memories to be penetrated by the voices of others, by way of the clinical terms of medicine and the vague paraphrasing of the support sector as well as the significant literary and philosophical texts that allow him to see his own experience within a broader sociopolitical context. In this way the work becomes a story about how we as humans participate in structures we can glimpse, analyse, and partly influence, while at the same time something deep inside us always rebels against the threads that draw us in:

“I think the world is infinitely stronger than me, and yet I try to force my will on it.”

With the genre designation ‘life writing’, Grue draws a line in literary history from the biographical forms of the past to contemporary writing. Jeg lever et liv som ligner deres, which enters the broader trend of memoirs in contemporary literature, was explicitly inspired by Maggie Nelson’s The Argonauts, a book it both plays on and transcends as it creates its own form at the intersection of autobiography and essay, life story and social theory. The unambiguous embrace of the contract between non-fiction and its reader also provides room for a liberatingly straightforward address to the reader. Jeg lever et liv som ligner deres effortlessly allows very specific experiences to underpin sophisticated lines of thinking that become no less literary for sometimes assuming the form of argument. Quite the opposite, in fact.