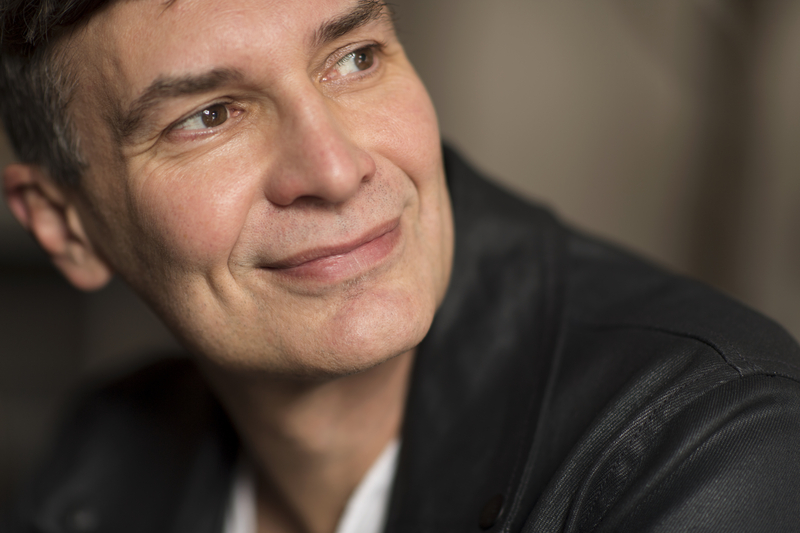 Anton has just graduated and started working as a home care assistant. He is jittery and unsure in his exciting new relationship with Peter. His other passion is the horses in the stable where he rides. More than ninety years earlier, Sasha and Janek, two boys at an orphanage in Czechoslovakia, were teased for being gymnasts. They escape and make a life for themselves as horseback acrobats in a travelling circus. Gradually they begin to understand that the strong bond they have with one another is more than just friendship. Four young men - two in present-day Stockholm and two in interwar Europe - whose paths cross through Anton’s new job. The soon-to-be centenarian he has started to look after is one of the acrobats.

Hästpojkarna (“The horse boys”, not translated into English) is actor and dramatist Johan Ehn’s second young adult novel. He debuted in 2017 with Down Under. In his new book, he mixes fiction with historical events. Hästpojkarna is a lavish story that takes into its sweep twentieth-century Swedish elder care, grubby horse boxes, circus rings, and secret gay clubs in 1930s Berlin. It portrays the breathtaking level of devotion and tenderness between caregivers and care receivers, between a horse rider and his horse, between lovers.

Equally believable is its depiction of the rise of Nazism in Germany and how it affected not only Jews but also other stigmatised groups. As Sasha and Janek start looking for places where they can express their love, we are drawn into the story of how those who were free and full of optimism were affected by the rise of the extreme right. The parallels with modern-day Europe are clear. Anton lives in a time and country where he and his boyfriend can openly express their love at a bar, but where right-wing populism is gaining ground. When he starts to share his story with the older man, he is struck by a realisation.

Hästpojkarna is an important and moving novel that has disturbing parallels with our time. It depicts historical events while providing insight into how quickly freedom can be lost. It is a multidimensional work and testifies to enormous research. Above all, it is well written, in language that speaks to all the senses. Ehn excels at tenderly depicting comforting hands and sensitively describing the tactility and physicality of circus life. He holds on to the reader’s attention from the very first page until the surprising, yet well-signposted, conclusion.