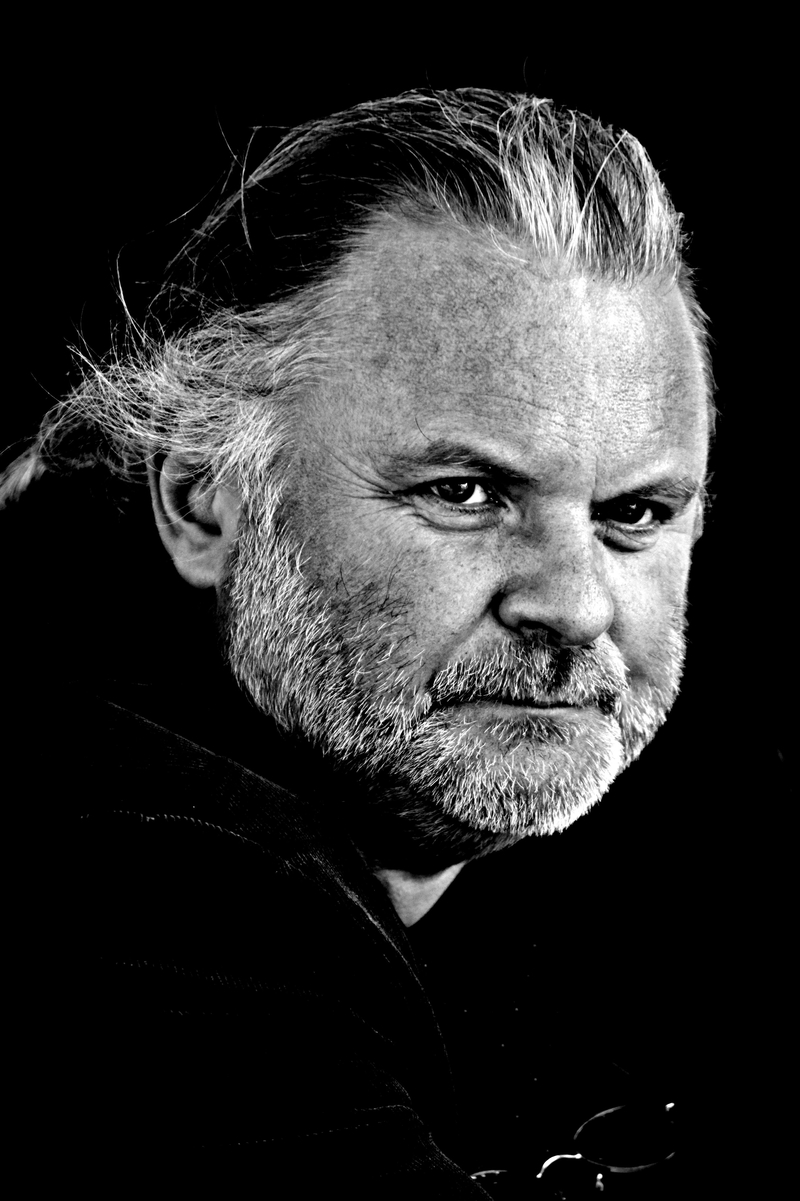 Jon Fosse, born in 1959, is an internationally renowned playwright whose plays have been staged in Europe, Asia, and the US in more than a thousand different productions. In his home country Fosse’s novels are considered equally as important. These include such masterpieces as Morgon og kveld (nominated for the Nordic Council’s Literature Prize in 2001) and Det er Ales (2004).

Trilogien (The Trilogy) brings together three stories about a young couple, Asle and Alida. In the first book, Andvake, the couple are making their way through a Bergen shrouded in historical fog to find somewhere for Alida to feed their child. The time is far from clear: we soon seem to be in the nineteenth century, and soon after the traditions and customs of the Middle Ages resound through Bergen’s streets. An accident? Or a crime that changes the course of history? It is not until the second book, Olavs draumar, that we see the full consequences for the couple and their newborn son. In the trilogy’s final book, Kveldsvævd, we meet Alida once more as she tries to build a new life, and through their descendants we find out more about what happened to Alida, Asle, and their child.

Taken together the three books comprise almost three hundred pages of prose. Through their condensed tableaux, they tell a story that stretches over generations and centuries. Fosse’s works are often characterised by repetition and by dwelling on subjects, but like other texts by Fosse, these short stories also convey a wealth of dramatic events: death and murder, children and adults who lose one other, and the brutality of people in positions of power as well as within intimate relationships. The protagonists are perhaps the victims of offence, but are themselves not beyond committing offence when the need for life’s essentials is great enough.

A coherent narrative emerges from the three episodes. The crime in book one with its mixture of mystery and evangelical pastiche takes on a different character once we have read the whole story. It is at once elevated into vision poetry and brought completely down to earth.

Everything Fosse writes is characterised by a distinctive combination of simplicity and complexity. This comes to the fore in his much-discussed use of repetition. The fact that people repeat the same mantras in different situations can be interpreted as an expression of how few words we can get by with, how limited the expressions are that we have at our disposal, or as a sign of how history always repeats itself. Looking more closely, however, one discovers that each time the phrases are repeated, they are used in a slightly different way, with everything that has happened in the meantime altering their meaning. In this way, the repetitions create a complex game of meaning beyond the mere repetition of eternal truths.

This piece is rich in literary and cultural historical references. Andvake relates to the evangelical story of the parents with no accommodation for either themselves or their children. Olavs draumar plays directly on Christian vision poetry, and specifically the medieval ballad Draumkvedet. Kveldsvævd lays the story to rest with implicit reference to Christian mysticism.

Much remains in the shadows. The ending, for instance, seems to bring the story closer to our own time and touches on the author’s own story. But a closer examination of the details undoes a reading of the work as a fabrication of family history. The chronology and generations do not amount to a historical biographical device. Rather, the foremost theme of the trilogy is the suggestive evocation of the past as layer upon layer of stories and destinies, with linkages that alternate between the obscure and the candid. Trilogien leans first towards melodrama and then towards Gnosticism. This is characteristic of Fosse’s combining of traditionalism and formal innovation – both of these aspects of art are embraced in a recurring figure in the work and Fosse’s writing: the fiddler.

Thanks to its dynamism, the trilogy is adept at keeping the themes called into play – art, religion, family, and history – open and moving. Overall, the sum of the three stories – which also make clear references to Fosse’s earlier works – is greater than its individual parts. With its formal sophistication and exploratory approach to story, Trilogien represents a highlight in recent Norwegian fiction.