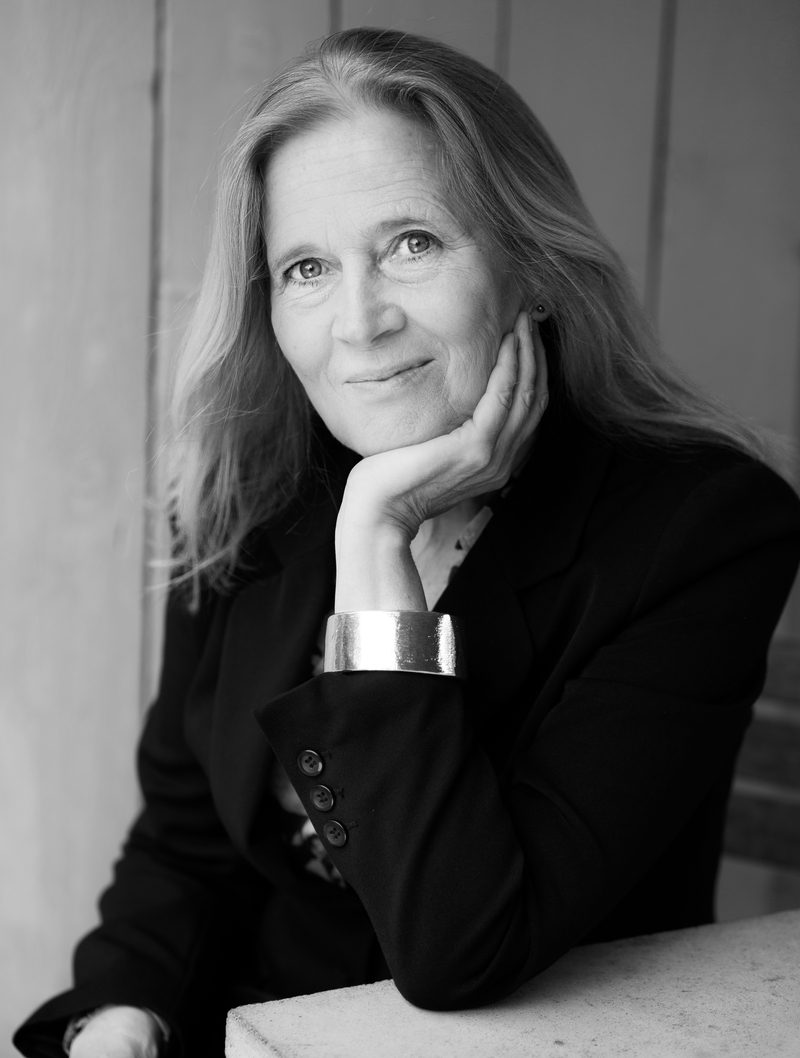 Katarina Frostenson was born in 1953 and lives in Stockholm. She is a poet, prose writer, playwright, and translator, and since 1992 she has occupied chair number 18 of the Swedish Academy.

Frostenson made her debut in 1978 with the poetry collection I mellan (in English “In between”). Since then she has published numerous collections of poetry, prose, translations, and essays. Her writing is multifaceted yet highly coherent. She has long been one of the most prominent figures in contemporary Swedish poetry – ever since she first appeared on the scene, really.

Frostenson is daring in terms of form, exploring both modern human life and her relationship with mythology and fairy tales. Female experiences that are often cruel and violent and in which mythological motives develop alongside the present regularly form the foundation to Frostenson’s work, prompting the reader to understand the spiritual, cultural, and philosophical relationships between people in time and space. Reading Frostenson’s books is like inhabiting rooms that have no walls. The various textual elements – time, sensuality, intellect, myth, anger, female experience, child’s perception, fragments of memory, objects, and much more – contribute to the creation of a whole of a peculiar character. There are many routes into Frostenson’s poetry, which speaks to the reader from a multitude of layers and levels.

Sånger och formler (in English “Songs and formulae”) (Wahlström & Widstrand 2015) is Katarina Frostenson’s latest poetry collection. The language assumes shape and body through the way Frostenson uses words, through her turning them over, looking for meanings and connotations as if the words and their ambiguity embody all the mystery of the world and of life itself. Readers quickly find themselves caught up in a story about life’s most physical and spiritual of visions, from a dizzying journey through the pigswill and bones and garbage of the sewers, by way of a beautifully sung hymn to the city of Minsk and the Belarusian language, of warm and love-filled poems to Marina Tsvetaeva, and of images of Stockholm’s suburbs and city centre, to the flaying and music and suffering that transform Marsyas.  Indeed, there is constant transformation in Frostenson’s apparently severe and austere poems. Reading them is like surveying one’s surroundings and motives through a prism, and the metamorphoses are the poems, the book’s core, through which life’s peculiarity is portrayed.