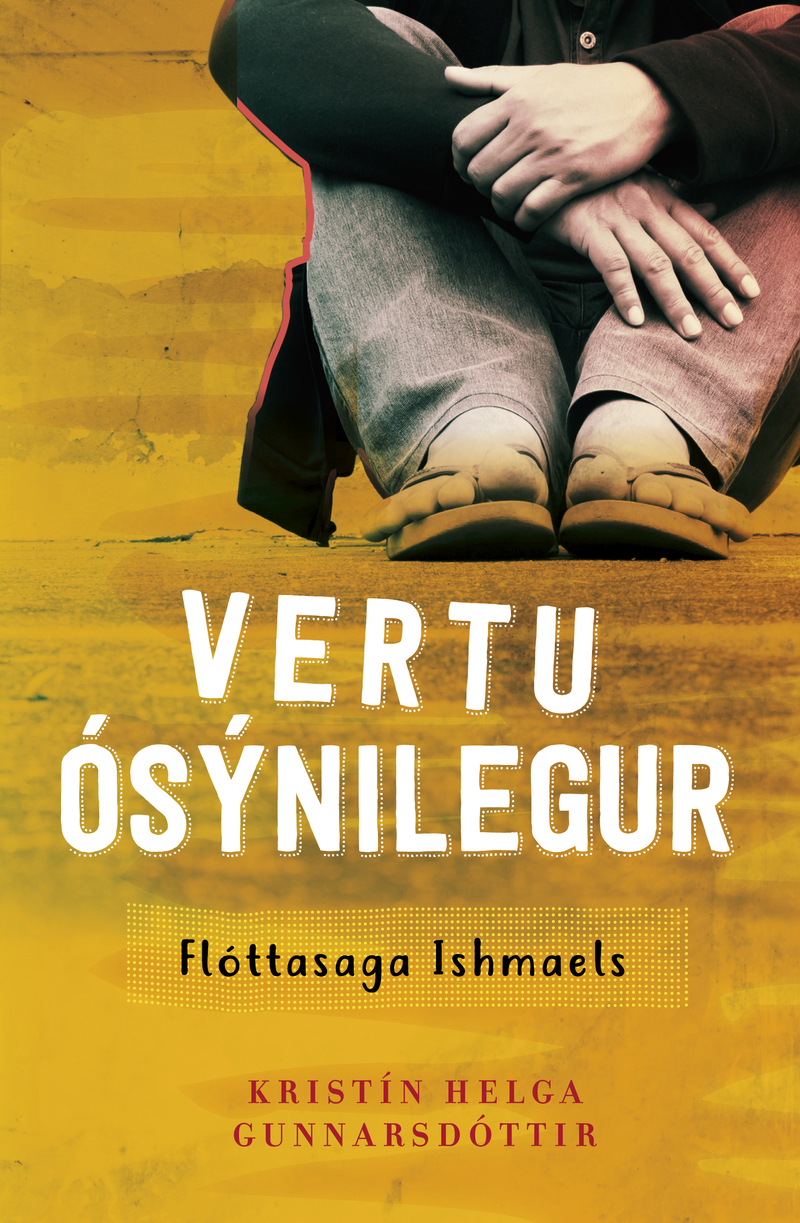 “Be invisible” is the advice Ishmael receives from his grandfather Jidu as they escape from Syria. Ishmael’s mother, father, and sister were killed in Aleppo, and his grandfather’s home has been destroyed by bombing, as has much of their neighbourhood. Most of their friends and relatives have been killed. The driving force behind their escape is Jidu’s dream of a new and better life and some semblance of a future for his grandson in Europe. The route the two follow together with Ishmael’s best friend is teeming with predators who abuse them, steal everything they own, and send them to the edge of the abyss.

In Iceland, a Syrian family has been granted asylum and are adapting to a new language, environment, and culture. These are friends of Ishmael’s family from Aleppo. Ishmael finds out where they’re staying and makes the journey to Iceland. He manages to make his way all the way there using a fake passport that will be discovered when he arrives.

This story of an unaccompanied child refugee reminds us that the UN Convention on the Rights of the Child and many other important conventions are violated on a daily basis in war-torn countries, where the lives of children are, as the book shows, worthless. Ishmael is a fictional boy created by Kristín Helga Gunnarsdóttir. She bases her story on the experiences of the 300,000 unaccompanied child refugees currently in Europe in search of a home and a future. The story is based on source material and interviews with Syrian families in Iceland. She shows the young reader a peaceful and colourful society now ruined by the war, a society that the refugees will always miss.

Vertu ósýnilegur – Flóttasaga Ishmaels (in English, “Be invisible – the story of Ishmael’s escape”) is terrifying in all its simplicity. Although devoid of sentimentality, it is full of empathy, and it enlightens without being weighed down by facts. Since we hear about the subject in the news on an almost daily basis, it’s easy to become numbed to the situation, which is why it’s all the more important to portray the subject from a perspective where we cannot look away or change the channel.

Kristín Helga Gunnarsdóttir is a media researcher and has worked as a journalist and television producer for years. For the past two decades she has focused on writing for children. She made her debut with a children’s book in 1997. Kristín Helga Gunnarsdóttir has won numerous awards and prizes for her work, including the 2008 Nordic Association of School Librarians’ children’s book prize and Fjöruverðlaunin – The Women’s Literature Prize in the same year for the book Draugaslóð. The author won the Fjöruverðlaunin – The Women’s Literature Prize in 2018 for the current nomination, Vertu ósýnilegur – Flóttasaga Ishmaels. Kristín Helga Gunnarsdóttir is the chair of the Writers' Union of Iceland.