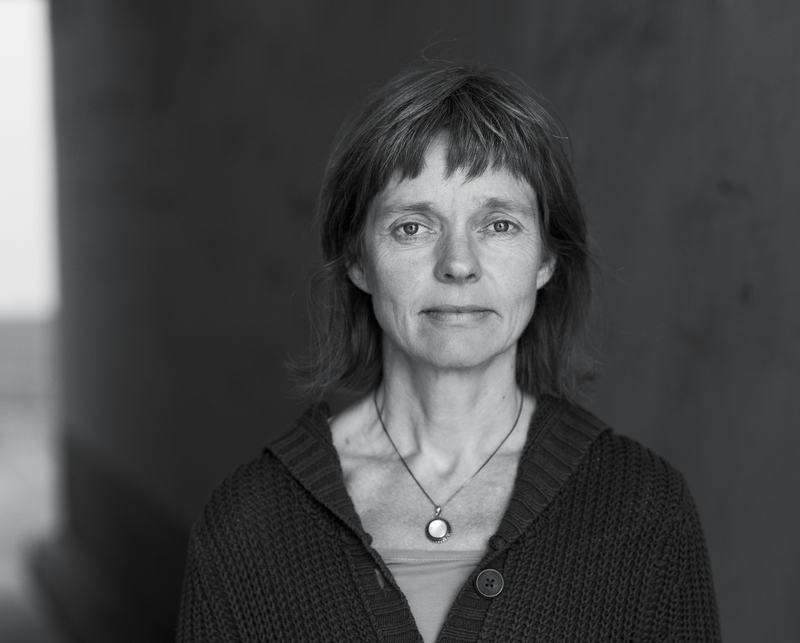 This year’s novel, Bare et menneske (in English “Only Human”), combines a crime mystery out of quotidian life with original portraits of three generations of women. The set-up is recognisable: a young girl is reported missing in a neighbourhood west of Oslo, and a large search party goes looking for her. The fifty-something author Bea Britt is accustomed to maintaining a certain distance from the surroundings where she lives in her maternal ancestors’ home, but the world is quickly closing in on her. From the sidelines the reader follows the drama that the disappearance stirs up in the media as well as the confusion that prevails when suspicion is directed towards Bea Britt.

Yet the mystery of this crime is only a small element of Bare et menneske. The novel’s originality lies in how it portrays the lives that continue to be lived and the course of everyday events as the drama plays out around them, in addition to the way that lives already lived echo in generations to come and how individual courage increasingly relates to social conditions and to the choices that shape life.

Bea Britt is not the sole protagonist. Eventually we also meet a voice from a completely different time who talks about going to the family doctor to discuss her “nerves”. We find ourselves in the same house in the west of Oslo but have now gone back in time to the 1940s, where Cessi, Bea Britt’s grandmother, is struggling to find meaning as a housewife. Her contempt for her husband, Hartvig, echoes another depiction of a restrictive doll’s house, and the chiselled period details bring to mind a historic novel. It is still the psychological portrayal that stands out, in a portrait that is deeply enveloping and at the same time infamously revealing.

As a counterpoint, other parts tell the story of Beate, the daughter of Bea Britt’s girlfriend, and her life as a teenager in contemporary Oslo. Næss succeeds in giving each of the three women a voice, in which the influence of the different times and norms is made clear through the style of each story. Relationships and sexuality are explored in the three women’s stories without the generational perspective seeming engineered to show a given historical outcome.

The phrase “only human” is repeated several times in an echo of the novel’s title. Cessi says that she is “only human” to defend the fact that she could not have been a better mother to the son she kicks out of home. With a combination of self-assertive insight and scrutinising admission, she characteristically claims, “I’m too weak to carry my own strength.” The novel questions our explanations, reasoning, and motives – even those we only admit to ourselves: Is seeing that we are only human an insight into life’s vulnerability and the limits of our cognition? Or can the susceptibility one invokes be a false security, a defence against action and cognition?

Isolation is a central theme of the novel, which does not provide a single clear answer: is it constructive or destructive? Something we choose for ourselves or chosen for us? The three women stand out as unique and individual. Their life choices appear neither obvious nor set in stone, while clearly they are also shaped by their time. But it is primarily the surprising angle, the skewed insight into everyday experience, which distinguishes the novel and Næss’s writing in general. Such is the case when Bea Britt gives an account of her trip to IKEA:

“We looked for things but didn’t find them. We had to choose, but couldn’t, but we had to. We had to take something home with us. When we were about to fall, we went to the café, and it was then that it could happen, while sat facing each other at the table fulfilling the most basic needs for food, drink, and rest. That we felt. That our feelings welled up in itself elicited tears, because of the inner pressure. That we could finally express ourselves, suddenly we appeared before one another, almost complete, at least surprisingly multidimensional.”

Bare et menneske consists of three highly individual and yet interconnected stories, which together provide us with a surprisingly multidimensional view of the lives we live and how we appear to one another as people.