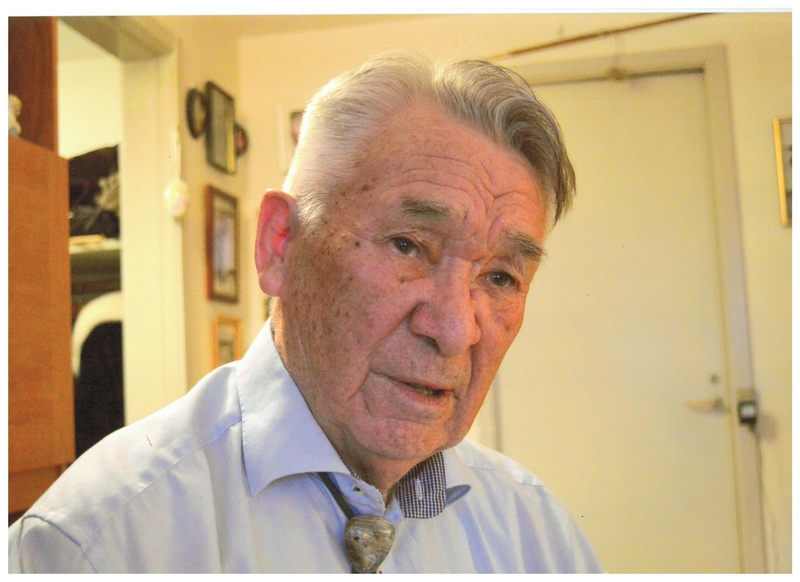 Magnus Larsen’s autobiographical book Illinersiorluni ingerlavik inussiviuvoq (in English: “You meet many people on the path of life on the sled track”) is a journey through time from 1963 to 1975. It is a continuation of the author’s first autobiographical work, titled Illinersiorluni ingerlavik and covering the period 1931 (the year of the author’s birth) to 1963.

Following his ordination as a priest in 1963, Larsen worked in the parishes of Qaqortoq, Upernavik, Qaanaaq, Sisimiut, Narsaq, and Aasiaat. Greenland’s towns and cities are dotted along the country’s long coastline, isolated from one another. In the summer, homes were connected via sea routes, while the winter ice made it possible for people to visit one another using dog sleds. This time, the priest finds himself posted in a city for a few years. Then the deanery in Nuuk chooses a new parish and city to post him to.

In his autobiographical book, Larsen portrays the various parishes and their residents. He problematises being posted to a strange city, living and working there for a couple of years and getting to know the people before being sent on to the next place. The connection to the church and day-to-day life in these places, as well as the accumulation of knowledge and experience, are lost with each move and one must start again from scratch. This forced nomadic existence has consequences, not only for the priest himself but for the rest of his family as well. Not least his primary-school-aged children suffer in terms of language, identity, and culture – a fate that many Greenlanders were more or less subjected to without any choice in the matter.

That said, the book is not all negative about the time it portrays. It also shows positive and warm collaborative relationships. It shows Greenlanders living in towns and villages that the author visited by sled to work as a spiritual advisor.

An interesting piece of cultural history in the book has to do with efforts to get “heathen” names – the original, pre-Christian Greenlandic names – accepted and included as surnames on the approved Christian names list, as well as with studies into Greenlandic and Inuit-Canadian names, customs, and traditions.

For this reason the book is more than just an autobiography; it also a portrayal of recent Greenlandic contemporary history, including the author’s views on the authorities’ treatment of the local population in the country’s northernmost reaches when in 1968 an American B52 aircraft laden with nuclear missiles crashed into the ice at the American base at Thule.