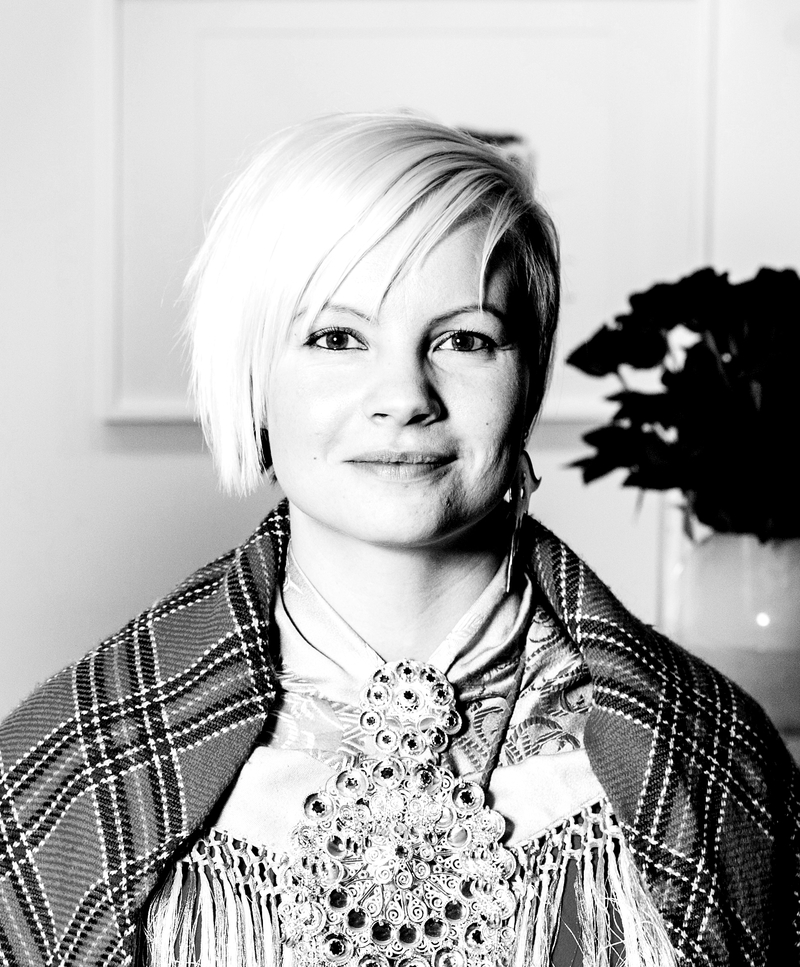 Ilmmiid gaskkas (Between worlds) is a fantasy novel about two siblings who disappear from the human world. New time finds strength from ancient times and they are woven together. The reader follows the siblings' fight in another world. The parents search for their children but with no success, and everyone thinks they have been victims of a crime. The children meet beings from Sami mythology and traditional storytelling, beings they have to fight with clues they have learnt from childhood. While their own people fight a battle against environmental pollution which threatens their livelihood, the children fight a battle against beings in a parallel world. The underground, hollowing, drilling, shaman troll helpers and the wisest woman look on and feel the pollution of the environment the most.  What will they live off when the water dries up, the grass doesn't grow anymore and all the clouds change colour? The children must take this back to their own world if they ever get home again? Will the folks at home recognise them?  The book is about a subject that also affects Sami life, the merciless stride of pollution. Life for the reindeer, for example, is not the same as it was hundreds of years ago, but the Sami youth don't live the same life as their parents either.