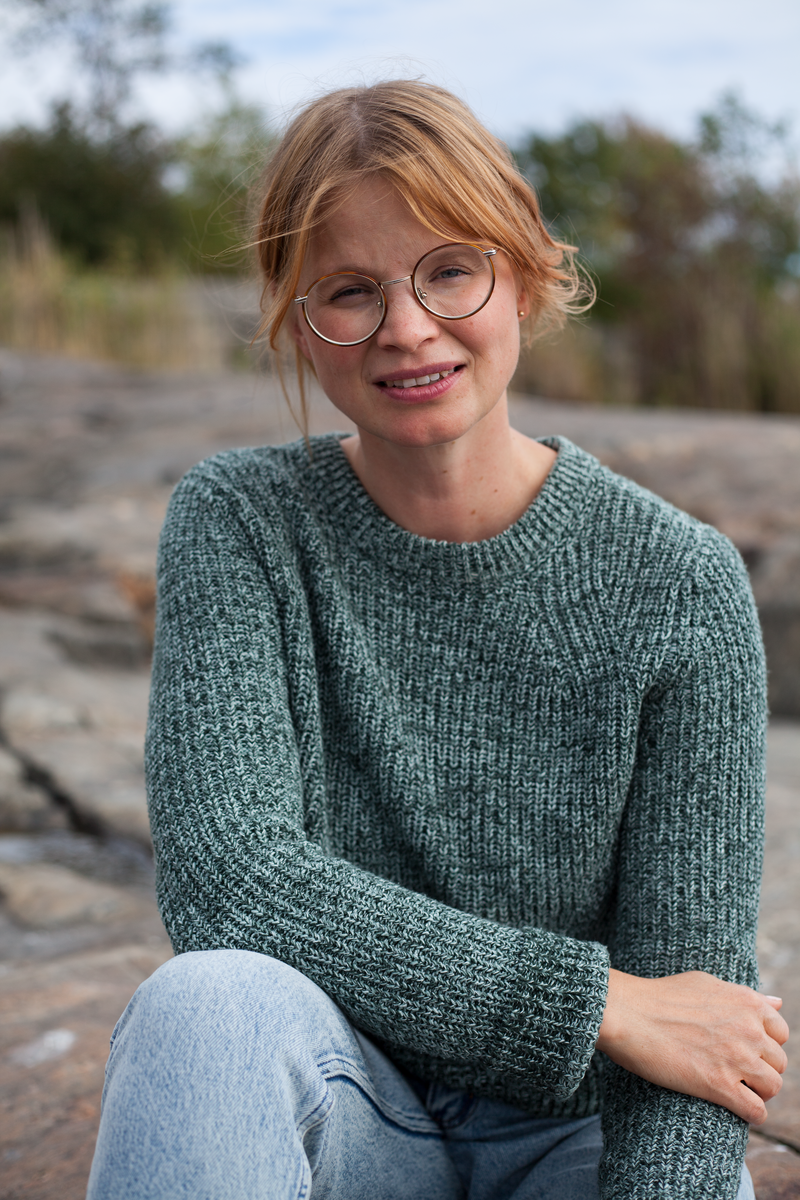 Rose is a greyhound who runs faster than other dogs. Marika Maijala’s picture book Ruusun matka (“Rose’s Journey”) begins at full pelt in the middle of a dog race. Rose sprints ahead and leaves Giselle, Tesse, Lord Lancelot and all the other racing dogs behind. An electric hare shoots off ahead of the dogs, who follow, their paws hammering the ground. Behind the running dogs can be seen the packed stands where the spectators enthusiastically follow Rose’s victory with open mouths.

After the race, however, comes fatigue and emptiness. Rose and the other dogs’ fast-paced movement that cuts through the paper ends in cramped cages and a stagnant atmosphere. In her dreams, Rose sees forests, meadows and real hares.

The next day they once again run after the electric hare, but this time Rose does not stop at the finish line. Instead, she makes a giant leap into freedom. This is the start of Rose’s journey to find her own life.

The most important theme of the picture book is linked to freedom. The dogs running in circles after the electric hare are both poorly-treated livestock and a metaphor for the everyday, repetitive rings we run that have such a depressing effect on both adults and children. Rose’s leap into freedom is an inspirational example of the opportunity to choose differently and refuse to achieve something that other people want you (or a dog) to achieve.

As an object alone, Ruusun matka is both extremely beautiful and well thought-out. The book’s unusually large format allows bird’s-eye view depictions of the landscapes and environments through which Rose journeys, wondering at the world. The pictures are full of exciting details, and the interaction between images and words encourages the small reader to study the pictures closely. Where is the man taking pictures with his mobile phone? Where is the goose shaking its wings?

Maijala’s crayon illustrations are naivist and childlike. She intentionally plays with perspective and allows the lines and the colour surfaces to appear clumsy. The result is uniquely alive and emotional. Boldly, the book speaks in the same image language as the child reader. Rose’s body, as it is thrust forward, brings a strong sense of movement to the pictures. At the text level, Maijala’s sentences are unpretentiously short and descriptive, but at the same time lyrical and polished to perfection. Ruusun matka is an ambitious work of art which is at the same time simple and easily accessible.

The world through which the escaped Rose runs in the book has not been smoothed out and beautified. Although the pictures and text are full of the rapture and joy of newly-discovered freedom, the world outside the dog tracks is also marked by indifference and the inability to stop and take time for interaction. In a crowded train station, a woman sits and quietly asks for a coin, and as the narrator of the text says: “The city growls like a big wild animal.” Often, Rose goes completely unnoticed in the swarms of people. The crowds of human beings are in many ways reminiscent of the dog races.

Nonetheless, Ruusun matka has a happy ending. The turning-point comes in the final part of the book, when Rose ceases her continual running and meets two other dogs who live in a green park. Rose still runs with her new friends, but no longer to win – on the contrary, she runs just for the sheer joy of running, and at a pace that is adjusted to her companions.

The author of the picture book, Marika Maijala (b. 1974) is an internationally-renowned Finnish illustrator. She received the Rudolf Koivu Prize in 2009, and on two occasions a work she has illustrated has been nominated for the Finlandia Children and Young People’s Literature Prize. Ruusun matka is the first picture book that Maijala has produced on her own, marking her debut as a story writer. The book is published by the small publishing house Etana Editions, which was founded in 2014 and is known in Finland for picture books of particularly high quality and high artistic standard.