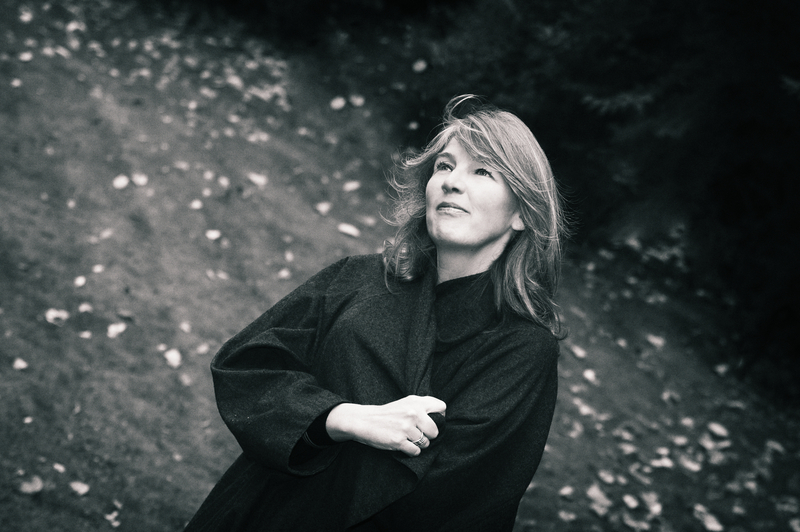 Why are there only aunts and uncles in Duckburg? What characterises Monsieur Hulot in Jacques Tati’s Mon oncle? And in what way was Dan Turèll uncle-like as Uncle Danny? If you’ve never wondered what it means to be “uncle-like”, Pia Juul’s latest collection of poems, Avuncular, invites you to do just that.

Since her début in 1985, Pia Juul has established herself as one of the most important Danish poets of her generation, while her novels and short stories have captivated audiences thanks to her experimental stance towards genre in her prose writing. Her ninth collection, Avunculardelves into a phenomenon that we all recognise – the uncle in a physical sense – but also the “uncle-like” as a relationship as fundamental as it is pervasive. The word appears in the collection’s subtitle as a home-made name for the genre in Danish: “Onkelagtige tekster” (in English “Uncle-like texts”). Its cover is adorned with a collage that includes private photographs of what are presumably the author’s uncles, but also portraits of other Danish writers: Thomas Kingo, Jeppe Aakjær Carl Ewald, Jørgen Gustava Brandt, and Dan Turèll, who find themselves in the company of Cary Grant, Frank Sinatra, Diana Ross, and Uncle Sam.

What do they have in common? Well, they provide the uncle figure with an illustratory manifestation, while the collection’s mixture of prose and poetry strives to put the essence of “uncle-like” into words. It begins by inviting the reader to look in a dictionary – and then breaks into an ode to the uncle-like: for “uncle is nothing like any of the entries / a longing for an untroubled moment in a / childhood but not a person it is a / state within the word, perhaps in the u / perhaps in the letter u pronounced as o. Uh. Oh. Uh, you, uncle. / Uh my uncle. Oh Oncle.”

The apostrophes express the humorous praise of the sense of an uncle, which is a dominating theme in Avuncular. The collection immediately broadens “uncle-like” into a quality not delimited by the biological, gendered, legal, or lexical. Rather, it is a sound of affection and a rounded sense of security that exists in the language, and in Juul’s own language with its uncle-like echoes of poetic predecessors. Deviating from the patriarchal logic where the emphasis is on power, responsibility, and competition, “uncle-like” provides a refuge and a non-committal sense of belonging for the self in the poems.

The very word “uncle-like” is an adjective of equality, an approximate, which itself indicates one of the collection’s poetic principles – exploring and familiarising oneself with the “uncle-like” not only by imitating it but also by denying the rigidity of its meaning. The refuge that is the sense of an uncle is in contrast to the “scary places”. There are a lot of these in the collection – war, trenches, terrorist threats, trains delayed by suicide – all of which cause anxiety and restlessness.

The spatial explorations are eventually displaced by reflections on the time perspective inherent in the uncle relationship. The uncle figure also represents the sense of impermanence that comes with the transition from having an uncle to being an uncle or uncle-like. This feeling befalls the self in the closing recollective poem, in which the uncle-like turns into a type of baton, passed down through the generations: “Remember your uncles. Remember your children. Remember especially your children, / as children, they disappear. But the uncles disappear first. / And suddenly you are one yourself. An uncle, kind and nice and accommodating and of a time gone by (...) Now it’s me who says to my niece Wow! You’ve shot up. And it’s me telling the / boy at his confirmation that he is now endowed with gifts, as I look at the table laden with presents.” With considerable detachment, the self endows the uncle-like generalities with meaning, as incantations and linguistic foundations for a fragile order, and as an offer of a sort of solace.

Pia Juul is herself portrayed as one of the uncles on the cover. And from beginning to end the uncle figure functions as an excellent mask for the author, who with disarming distance and a formidable sense of language examines “the uncle-like” as a feeling and as a cult(ural) phenomenon that is as universal as it is overlooked. Her sensitivity is never sentimental, and her cynicism never descends into severity or coldness. They are broken down to create an original poetic space in which the main themes of life – ageing, death, and vulnerability – can be discussed without the slightest hint of awkwardness.