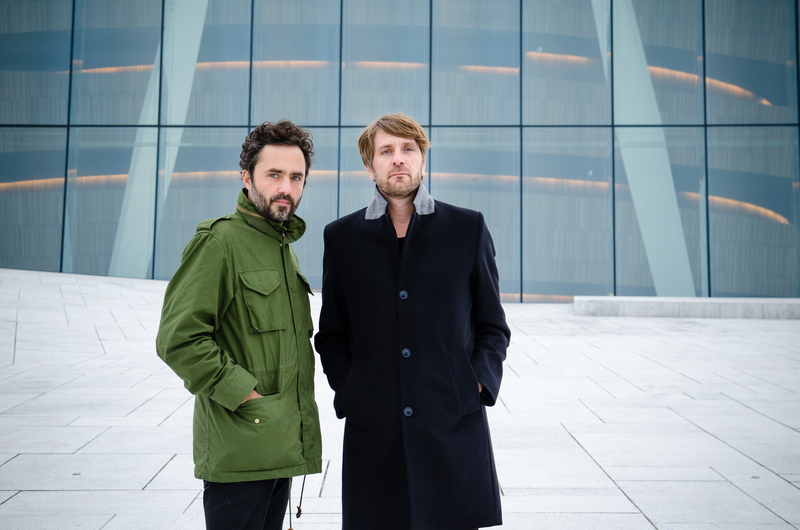 Photographer
Gunnar Bangsmoen, Norsk filminstitutt
Mail Facebook Linkedin Twitter
Play is an astute observation based on real cases of bullying. In central Gothenburg, a group of 12-14 year-old boys, bullied other children on about 40 occasions between 2006 and 2008. They used an elaborate scheme called the ‘little brother trick’ or ‘brother trick’, involving advanced role-play and gang rhetoric rather than physical violence.

Producer Erik Hemmendorff got the idea for Play after reading a newspaper article about a series of petty robberies committed by a group of young boys aged 12 to 14 in Gothenburg between 2006 and 2008.

The teenagers, who had bullied and robbed other kids their own age, had used an elaborate strategy called the ‘brother trick', involving advanced role-play and gang rhetoric rather than physical violence.

Drawn by the possibility of further investigating social roles and group behaviour – like in his previous film Involuntary – Östlund set about writing the script, researching the case and interviewing the victims, perpetrators and the police. He hired eight non-professional young boys and filmed them in a series of long sequence shots to reinforce the perception of real time.  Play had its world premiere at the Cannes Directors Fortnight 2011 where it won the ‘Coup de coeur’ award. It went on to collect other prizes such as Best Film in Moscow's ‘2 in 1' film Festival, Best Director in Tokyo, Best Director and Cinematography at Sweden’s 2011 national Guldbagge awards and a Greta for Best Swedish film in 2011 from the Swedish Film Critics Association.

Ruben Östlund is part of a new generation of Swedish filmmakers that have revitalized Swedish cinema in the last decade, challenging traditional filmmaking by focusing not so much on the story but on how the story is told. His work is also characterised by a strong interest in what binds individuals to modern society and in group behaviour.

Östlund was born in 1974 in Styrsö, a small island off the West coast of Sweden. He started making ski films, quickly showing a taste for long sequence shots. He then enrolled at the School of Photography and Film at Gothenburg University.

His short film Autobiographical Scene Number 6882 won the Prix UIP for Best European Short Film in Edinburgh 2005, and Incident by a Bank the Golden Bear at the Berlinale 2010.

His first feature The Guitar Mongoloid was awarded a FIPPRESCI Prize in Moscow and was nominated for the Nordic Council Film Prize 2005. His second feature Involuntary was selected for Cannes ’Un Certain Regard’ and went on to win ten international awards. His third film Play premiered at the Directors’ Fortnight in Cannes in 2011.

The director’s upcoming project Tourist will be a critical and humorous study of a Swedish middle-class family on holiday, confronted with potentially catastrophic situations. The project is set to include one of the greatest avalanche scenes ever seen on screen.

The project is set to include one of the greatest avalanche scenes ever seen on screen.

Born in 1973, Erik Hemmendorff attended the School of Photography and Film at Gothenburg University where he met director Ruben Östlund. Together they set up Plattform Produktion in 2002 considered today as one of Sweden’s most innovative production houses.

Hemmendorff has produced Östlund’s award-winning Autobiographical Scene Number 6882, Involuntary, Incident by a Bank and Play as well as the documentary films An Extraordinary Study in Human Degradation by Patrik Eriksson (shot on a mobile phone), Greetings from the Woods by Mikel Cee Karlsson and Twin Brothers-53 Scenes from a Childhood by Axel Danielsson.

Hemmendorff’s projects include Östlund’s fourth feature film Tourist (set to go into production late 2012), a new Mikel Cee Karlsson film and an experimental education visual project by Axel Danielsson made in collaboration with Gothenburg University.  He will act as co-producer on the Finnish film Concrete Night by Pirjo Honkasalo and the British film Bypass by Duane Hopkins.

Hemmendorff was awarded the Lorens Prize for Best Swedish Producer in 2008 and was named ‘Producer on the Move’ in Cannes 2009.