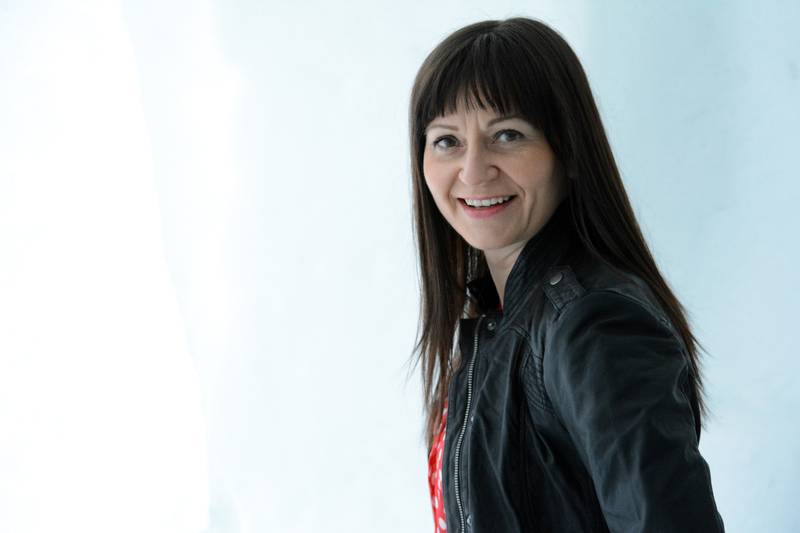 Sara Margrethe Oskal was born in 1970 and comes from Guovdageaidnu/Kautokeino in Norway. She has enjoyed a long artistic career as an actress, playwright, and author. She attended the Theatre Academy in Helsinki and holds a PhD in performing arts from the Oslo National Academy of the Arts. Oskal made her debut as an author in 2006 with the poetry collection Váimmu vuohttume, and she is nominated for the Nordic Council Literature Prize 2016 for her second poetry collection, Savkkuhan sávrri sániid (in English“tireless words”).

Savkkuhan sávrri sániid is a concise and timely collection of poems which uses brief glimpses and condensed pictures to give the reader an insight into a Sami life. Taken together these small glimpses make up a larger device that gradually reveals the larger canvas to the reader. The book can be read as a tribute to the everyday Sami people, who tirelessly live their lives in the traditional Sami way, in spite of constant pressure from the outside world.

Alliteration features heavily in the book’s original-language publication, forming a bridge to the oral Sami narrative traditions in which alliteration was and still is a key literary instrument. Yet in Savkkuhan sávrri sániid alliteration not only anchors the text in tradition, it also serves as a literary method. Oskal’s alliterative postulate becomes a powerhouse within the poems, helping to create a universe of unexpected images that open up the poems, making them very different from one reader to the next, and from one reading to the next by the same reader.

At the textual level, the poems in Savkkuhan sávrri sániid appear to be small glimpses that gradually meld into a bigger picture, and the book is structured thematically in a similar way. What the poems offer is the small glimpse into the day-to-day routine of a life spent reindeer herding, but by showing this micro-perspective, Oskal alludes to the reality of something bigger. Behind all the day-to-day activities, behind the sewing and the hanging of skins to dry, there quivers a growing desperation. The surrounding community is invisible in the book, but the narration contains a degree of mania in the way that the protagonist talks and acts, a mania that exposes the social climate and the protagonist’s position in society.

The book gives insight into a highly pressing problem wherein political developments are resulting in growing pressure from mining and other heavy industry interests on the primary industries in Sami areas. Oskal’s collection about those who are tirelessly holding on to the Sami way of life thus turns into a politically loaded document – not a loud manifesto that bandies about big words and facts, but a quivering voice that tirelessly weaves the narrative to show what is being lost when heavy industry moves in to seize and pollute the land and water of Sami areas. Savkkuhan sávrri sániid is a sensitive and subtle collection which opens up these perspectives room by room until the reader is unwittingly left standing in open countryside.