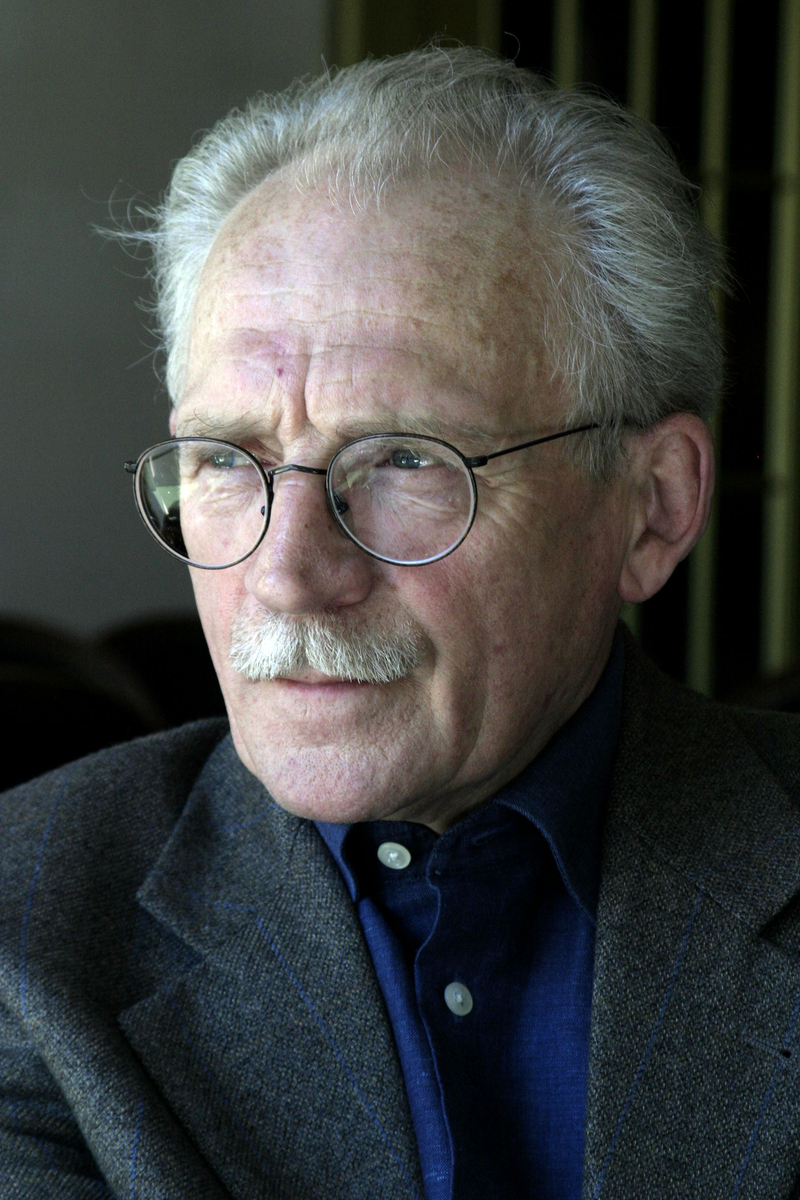 Born in 1938, Þorsteinn frá Hamri is one of Iceland’s foremost as well as most famous poets and has been an honorary member of the Icelandic Writers Association since 2006. He has received numerous prizes and distinctions for his writing, including the Icelandic Order of the Falcon in 1996. He has also been nominated previously for the Nordic Council’s Literature Prize, most recently in 1992, and he received the Icelandic Literature Prize for fiction that same year. Þorsteinn’s first poetry collection was published in 1958. He has now published more than 30 books, 25 of which are poetry collections.

The poems of Skessukatlar (in English “Giant’s Kettles”) are thematically divided into three sections, each distinctive yet an important part of the whole. Þorsteinn writes about nature, past and present, childhood memories, and death, as well as about lyric poetry and the material for its construction – the actual words and their power and impotence. There is no sign of impotence in the form and rhythm of the poems, however. The poet masterfully combines traditional Icelandic alliteration and metre with free verse, just as past and present are brought together within the individual poems and the lyric “I” becomes part of the long road of history. With references to familiar tropes and even his own poems, he strengthens our connection to the past, but calls into doubt the ability of humans to learn from their past mistakes. Despite this, the poems are neither melancholic nor nostalgic. To the contrary, they are full of energy and fascination for the art of poetry and the magic of words, and the language is wonderfully beautiful.

It has been said that in his poems, Þorsteinn builds a bridge between past and present, and this is true also of this book. The traditional lyric form exists beneath the surface in all the poems, sometimes so distinctly that if you only change the line breaks in the free verse, you will get a metrical form with alliteration and rhyme. The overall picture is of a person who is closely linked to the nature, tradition, and history of his country, but also engaged with and aware of a present inevitably based on the past. The long chain of words can become fatal shackles, but it can also be a clue that shows us the way through the chaotic present day to an unknown future.

According to the dictionary, a giant’s kettle is a smooth-walled recess in the rock produced by stones in the eddying current of a waterfall. In the same way, we are eddied around in the present, and the words eddy around in the poet’s thoughts until they leave the smooth-walled kettle, possibly made by giants. The very name of the collection evokes images of ancient supernatural forces – mighty and mysterious – and magical language. The reader is affected in the same way by these highly chiselled and very personal poems, which speak deep into the heart and soul through their intense imagery. The book is a brilliant example of an experienced poet’s mastery of language, metaphor and metre, as well as the extent to which he can use these to convey his observations and thoughts about life and death, past and present, the inner and outer, as well as about language and poetry themselves.