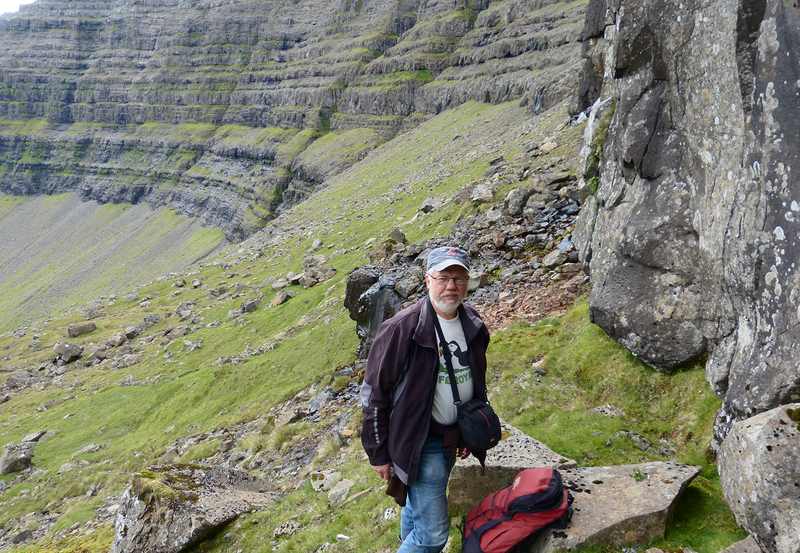 Photographer
Jens-Kjeld Jensen
Mail Facebook Linkedin Twitter
The 2020 Nordic Council Environment Prize goes to Jens-Kjeld Jensen from the Faroe Islands. The theme of the prize this year is biodiversity. The prize goes to a Nordic initiative that seeks to ensure a richer nature for our shared future. The theme reflects and supports UN sustainable development goals 14 and 15 for life below water and life on land.

Jens-Kjeld Jensen is awarded the prize for the lengths he has gone to in order to put the spotlight on the diversity of nature in the Faroe Islands.

Jens-Kjeld has collated his knowledge over more than 40 years, describing everything from fleas, mice, and birds to fossils, fungi, and shrubs in the Faroese mountains.

As a self-taught researcher and communicator, his books and hundreds of scientific and popular science articles have informed and, where necessary, warned the Faroese and professionals of the threat that invasive species and interventions in nature pose to the fragile natural environment of the Faroe Islands.

Jens-Kjeld Jensen works with natural scientists around the world and has been involved in documenting more than 350 new species in the Faroe Islands. His work is known and respected among both the Faroese and his colleagues, and he has even had a species of moth named after him. Many Faroese children and adults have, through kindergarten or school excursions, gained an insight into the wonderful world of nature when visiting Jens-Kjeld’s home on the island of Nólsoy. This is why they also think of him and get in touch with him when, later in life, they see or find something exciting in nature.

Jens-Kjeld Jensen’s contribution to the understanding and preservation of the diversity of Faroese nature is invaluable: he is an example of just how much a true impassioned individual can accomplish in their pursuit of a richer natural world.

For this, the adjudication committee believes that Jens-Kjeld Jensen should be awarded the 2020 Nordic Council Environment Prize.

Contact information
Maria Andersen
marand@norden.org
Session Week 2020
The coronavirus pandemic may have made it impossible to hold a proper plenary Session, but important political summits will be held, and Week 44 will still be the highlight of the Nordic political year.
How can we help you?
More